PEDESTRIAN.TV has partnered with Marvel's Avengers to get you Hulk-smashing your anger away.

Video games can be a fantastic way to vent frustration. Whether it’s pulling off the perfect headshot, nailing a wild goal or landing the most gruesome fatality, sometimes there’s nothing more cathartic than pure simulated mayhem. With the new Marvel’s Avengers games almost upon us, there’s gonna be a brand new way to vent and it may be the best yet — becoming the Hulk.

Think about it, there’s nothing more badass than a character that gets SO angry he turns green and grows into an enormous vector of unbridled rage. Imagine being able to punch down a whole house every time you got worked up. Outrageous stuff. 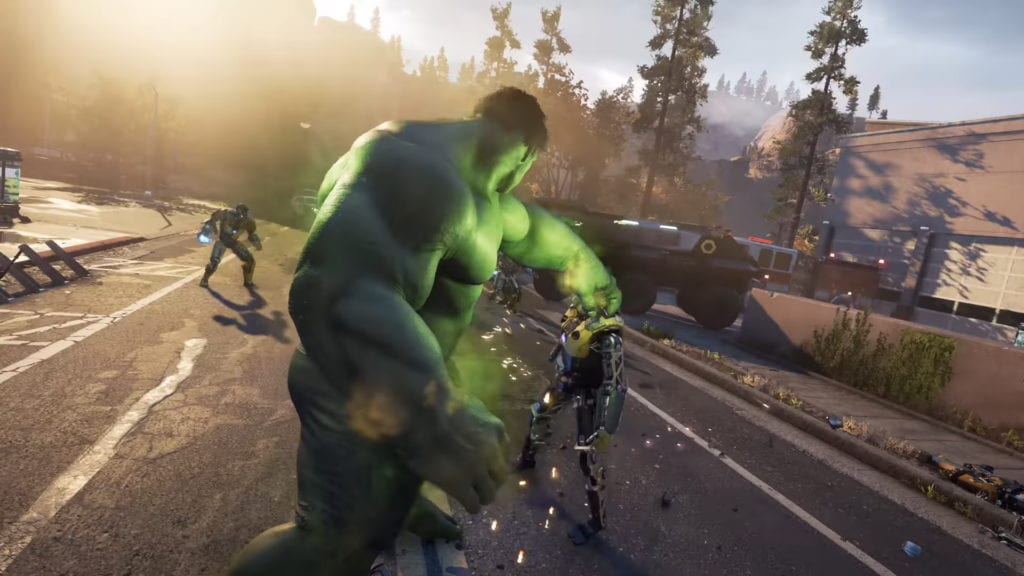 Of course, this is never going to happen to anyone in real life, no matter how many suss, up-to-no-good scientists you hang around, which is why Marvel’s Avengers offers the next best thing. A chance to live out your rage-filled fantasies from the comfort of your living room.

Now, I’m yet to sample the delights of the game, but I can already tell Hulk is going to be my favourite Avenger to play as. Along with simply slamming his giant green fist into normal-sized blokes with enough force to knock out an elephant, you can also do a number of special moves, one of which involves picking up two dudes and straight-up slamming them into each other like a Three Stooges gag.

Other great moves include picking blokes up and using them as bats to smack up other blokes, hammering the ground around you to send enemies flying, yanking pieces of concrete out of the environment to chuck around and, of course, the iconic Hulk Smash, which can make short work of heavy vehicles.

If you’re not up to date on Marvel’s Avengers, the biggest thing to know is that it has a brand new storyline, so you won’t just be rehashing the existing movie plots with the same characters. It’s all fresh, baby. The story kicks off five years after a celebratory Avengers Day went horribly wrong, leading the public to place blame for the events on the Avengers themselves. The team must then reassemble to bring down the evil forces that set them up.

You can see more in the trailer below.

First announced back in 2017, the third-person action-adventure game will initially let you play as six different Marvel heroes – Iron Man, Hulk, Thor, Captain America, Black Widow and Ms Marvel. More will become available at some point after release, including characters such as Hawkeye and Spider-Man (the latter being a PlayStation exclusive).

Like Hulk’s beastly moves, each character will have their own set of special moves and abilities, granting a good amount of playstyle variation based on who you choose. There’s also a multiplayer mode that lets you team up with some mates and belt the everloving crap out of enemies together, which is sure to be just as fun as it sounds.

To top it all off, the graphics look stunning and will almost certainly look their best on the PlayStation 5, Xbox Series X or a powerful gaming PC. Of course, you’ll also be able to grab it for PS4 and Xbox One and if you do end up upgrading to next-gen hardware, you’ll get an upgraded copy of the game for free.

READ MORE
Kamala Khan, Marvel Avengers' New Hero, Could Step On Me And I'd Say Thank You