HELLO MOTO: The Motorola RAZR May Be Coming Back As A Foldable Smartphone

Before Apple obliterated the mobile phone market with the iPhone, Motorola had some real hits, including the much-loved RAZR flip phone. It was thin, sleek, and felt like a tech marvel in your hand, even though it could only hold a pitiful 24 texts at one time. According to a report by The Wall Street Journal, the company could be bringing the iconic Motorola RAZR back as a foldable smartphone.

While very little is known about the new device itself, it’s rumoured to be making a comeback as a luxury option with a price around the US $1,500 ($2,092) mark, so it’s certainly not going to be cheap. Instead of a half keyboard, half screen foldout, the new RAZR will have a foldable screen, similar to the one teased by Samsung late last year, the WSJ says.

Lenovo, the parent company of Motorola, seems to be keen on some of that sweet, lucrative nostalgia money everyone’s getting in on. While classic gaming consoles are probably the biggest examples of this, phone makers are jumping on the bandwagon, as well. Nokia, once king of the phone world, even re-released a novelty version of the classic 3310 a little while ago. 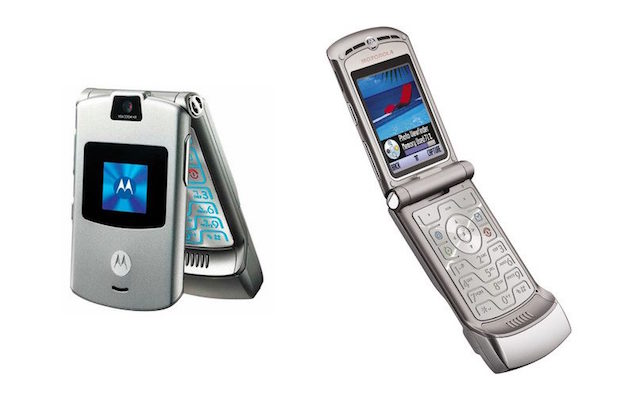 The new RAZR is apparently still in testing but could be ready for release as early as February. It’s not known whether the foldable smartphone will keep the same sleek design of its grandaddy, or whether it’ll opt for something slightly different, keeping only the iconic name.

The phone is rumoured to be launching in the US with Verizon, but there’s no word on whether there’ll be an Australian release just yet. Lenovo is, however, hoping to make more than 200,000 of the new Motorola RAZR, which is a big number for a device that’ll cost us around $2,000, so I guess we’ll wait and see.

After two years, my RAZR’s screen was fucking packed with dust, so hopefully, they’ve figured out how to stop that shit from happening this time around.

After some rad puzzle games? Check out these bad boys.