The Sydney bloke who had a chip from an Opal card implanted in his hand got a fine last year for failing to produce a valid ticket on a NSW train. Old mate fought the punishment in court today, but ultimately lost.

For those who aren’t aware of the story, Newtown resident, Meow-Ludo Disco Gamma Meow-Meow – yes, that’s his real name – had the chip from an unregistered Opal card implanted in his hand last year by a professional body piercer. While the NSW Government caught wind of the act, there was no way for them to deactivate the chip, as it was never registered to him.

In August of 2017, Meow-Meow was fined whilst on a train and decided to fight the charges, which were travelling without a valid ticket, and failing to produce a ticket for inspection. Of course, the chip has since been deactivated. The 33-year-old appeared in Newtown Local Court this morning and pleaded guilty to the charges.

“He describes himself occasionally as a cyborg — that is, a person who implants or has components of machinery on his person,” his lawyer, Nicholas Broadbent, told Magistrate Margaret Quinn.

He argued that Meow-Meow had intended to pay the fare, as he had enough money loaded onto the card to get to where he was going, but obviously could not produce a physical, valid card to the transit officers who stopped him.

“There was an intention to comply at least with the payment component of a train fare,” he said, arguing that old mate “is in effect ahead of where the law is. And as a result he fell foul of it.”

Sydney Trains prosecutor, Andrew Wozniak, simply pointed out that holding a valid ticket means holding an Opal card as it is issued. “Whatever was in the defendant’s hand, it certainly wasn’t a card,” he said.

A fair point. The card’s terms of service also state that you must not “misuse, deface, alter, tamper with or deliberately damage or destroy the Opal Card”.

Broadbent requested that no conviction be recorded, but as good as Meow-Meow’s intentions were, Magistrate Quinn wasn’t having it. She went ahead and recored a conviction for travelling without a valid ticket and fined him $220. He’s also required to pay $1,000 in costs. 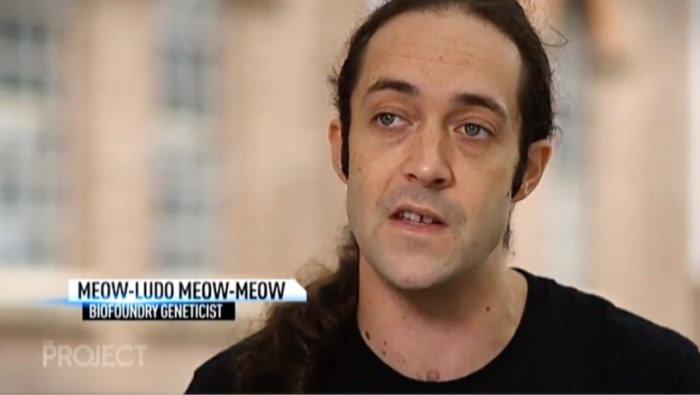 No conviction was recored for the charge of failing to produce a ticket for inspection, with Quinn acknowledging the chip being in his damn hand as the reason for not handing it over.

While she noted that being ahead of the law is “often the case”, she concluded that folks travelling on a train simply must comply with the legislation as it stands right now.

“This was a case where the law hasn’t kept up with the technology,” Meow-Meow told reporters outside the court. “I hope people sit down, think about where this technology is going, and make smart legislation,” he said.

As BuzzFeed reports, a man walking past the front of the court shouted, “why would you put that in your arm bro?” A supporter of Meow-Meow – who was wearing a Guy Fawkes mask – shouted back, “you’re discriminating against cyborgs”. What a time.

The law has spoken, folks. Don’t rush out to get chips implanted in your hands just yet.