Electronics company LG has unveiled a goddamn magic machine which brews beer and cleans itself. It works similarly to those coffee pod machines, only for fucking beer, dude. It’s like a dream come true.

Yep, it sounds like an absolute delight, only it’s kind of a bummer. Unlike the instant cup of coffee you can get from a pod machine, beer takes a little longer to whip up. What I’m trying to say is, the machine takes about two weeks to spit out a tall frosty schooner for you to sip and enjoy. Sure, it’s quicker than traditional home brew kits, but it’s still two bloody weeks.

The machine – which is far too large for the average kitchen bench – has three pod-shaped holes where you put your packets of hop oil, yeast, and flavouring. You can choose to brew an American IPA, an American Pale Ale, an English Stout, a Belgian-style Witbier, or a Czech Pilsner. 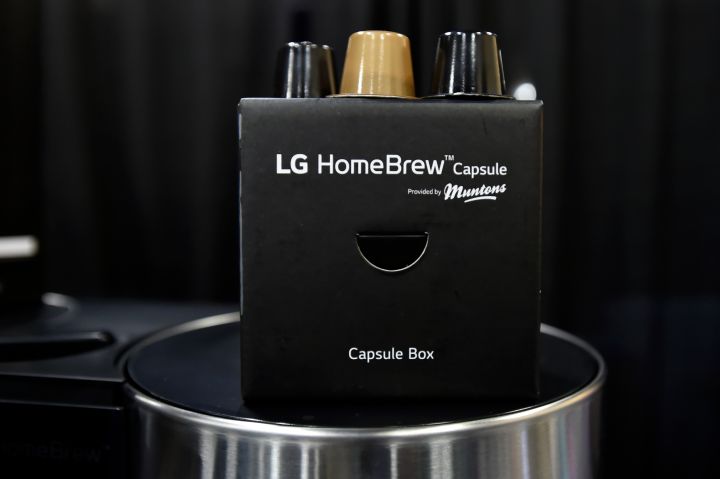 And what do you get for your two weeks of agonising patience? Five litres of beer. That’s it. About 12 schooners of beer for two weeks of waiting.

Now, we don’t know what this machine costs, nor do we know how much the ingredients will set you back for each batch, but I’d wager it’ll be around the ‘not fucking worth it’ area of price. Not to mention the machine needs a constant source of power to operate, so it’ll also add to your electricity bill.

If you are keen on the 5-litre wonder, you could be waiting a little while yet. LG unveiled the unit at the Consumer Electronics Show (CES) – one of the biggest tech conferences in the world – but it’s still in the prototype stage, meaning it’s nowhere near an official release.

We’ll have to wait and see whether the beer pod machine even makes it to Australia,