In Peak 2020 Fashion News, Klarna Sent Models Down A Runway In Nothing But A Robe & A QR Code

In what can only be described as ‘peak 2020 fashion’, shopping app Klarna sent models down a runway wearing nothing but a robe and a QR code.

It might not be the way fashion shows ‘usually’ work, but being able to buy outfits curated by bonafide fashion influencers right there on the runway? RIP my money, quite frankly. 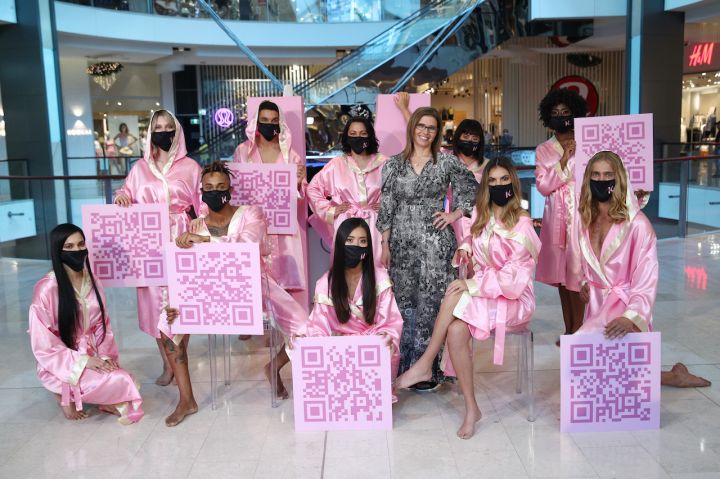 All fashion shows should be this comfy, tbh. Photo: Supplied.

“Klarna is obsessed with making shopping ‘smoooth’,” Klarna’s head of Australia and New Zealand Fran Ereira said in a statement.

“It should be easy, convenient, inspiring and fun. Given this is our first year in Australia, we also want to do our bit to encourage Aussie shoppers to get in and support those businesses that have had a tough
year – and a sector that is critical to our economy.

Klarna, a buy now, pay later (BNPL) service, only launched in Australia in January this year, but according to the company already has around 400,000 users.

Unlike AfterPay (arguably the most well-known BNPL service), Klarna can be used without the brand or store already being integrated on the app. That includes online and in-store purchases, btw.

BNPL services have exploded in recent months, but have also come under scrutiny for the lack of regulation in comparison with other types of loans.

That being said – most Aussies are using BNPL services effectively, ASIC noted. (And if you’re worried about using them, then the government’s Smart Money website has some great tips on not getting into some serious financial difficulty.)

So if you are going to do some red hot Chrissy shopping this year, then Klarna is offering free valet parking at Westfields across the country to anyone who spends $150 or more on the Klarna app. As someone who’s battled the weekend carpark rush on WAY more times than I care to think: hell yeah.