Facebook is currently holding its F8 convention, an event where the company announces updates and changes to its network of platforms, most notably, Instagram, WhatsApp, and Facebook itself. In terms of the latter, the company has quite a bit in store.

Both the app and desktop site will be redesigned to revolve around the two features users enjoy the most: Events and Groups. The former will cop a fancy redesign, while groups will be positioned as an integral feature of the platform. The company calls this new phase of the platform, FB5.

“We’re rolling out a fresh new design for Facebook that’s simpler and puts your communities at the centre,” Facebook said in a blog post. “We’re also introducing new tools that will help make it easier for you to discover and engage with groups of people who share your interests.”

“Today, more than 400 million people on Facebook belong to a group that they find meaningful.”

It definitely makes sense, and old mate Mark Zuckerberg knows it, saying during the conference opening that “the fastest ways we’re all communicating online are private messaging in small groups, and in Stories“. Outside of that, Events is probably the platform’s most useful features. I mean, I’ve lost track of the number of times people have told me about how they’d delete Facebook if it wasn’t for how easy it makes organising and keeping track of events.

What I’m getting at is, Facebook is well aware of what users come to the platform for, so the redesign was primarily built around those features.

On the iOS and Android apps – which will begin updating from today – a new Groups tab will appear in the middle of the new menu bar. This section will behave almost like a mini personalised feed with content from the groups you follow. It’ll also recommend new groups to you based on what you like or already follow.

The revamped Events section will offer new tools for finding things going on in your area, allowing you to sort by categories, locations and more. Essentially, it makes it easier for folks to simply browse what’s going on near them. 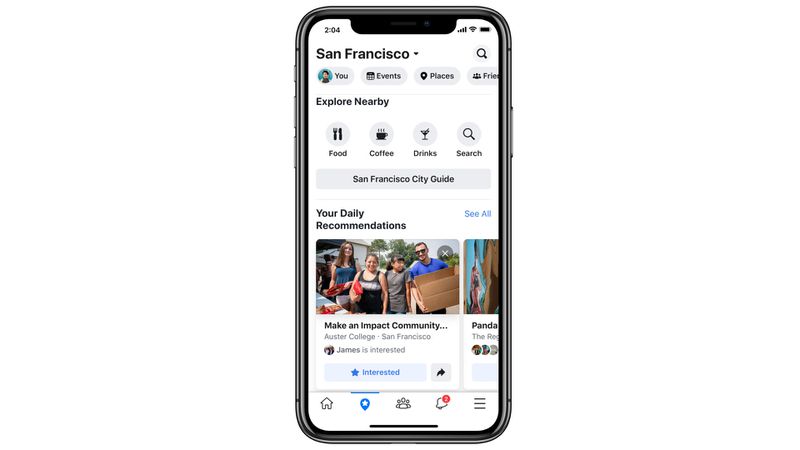 Another new feature called Meet New Friends will help you connect with people who share similar interests or have some kind of connecting factor, like working for the same employer or going to the same school, for example.

The desktop site will be copping a redesign as well, but we probably won’t see that roll out for a few months yet. In terms of what we’ve seen, though, it looks a little more like the app. 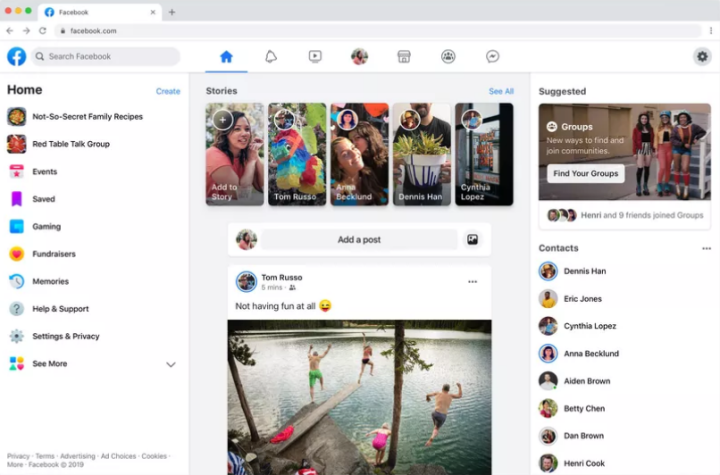 The company will be working on more changes moving forward based on what users enjoy using and how they interact with the platform.

If you fancy watching the entire keynote for whatever reason, you can do so below. Enjoy, I guess.