We’re approaching the business end of the US Presidential Election and as a result, most eyes around the world are nervously awaiting Donald Trump‘s downfall and subsequent dummy spit.

And when it all boils down, that’s all Trump really is: a petulant, overconfident child that blames those around him for his own failings in an incoherent bumbling mess. In fact, that sounds like most of the people I play against/with on Counter-Strike: Global Offensive.

In one of the most fitting parallels ever drawn, co-creator of Cards Against Humanity, Max Temkin, created the Trump Is Not A Team Player website, likening him and his political acumen to that of a constantly bitching Overwatch player. Complete with images, of course. 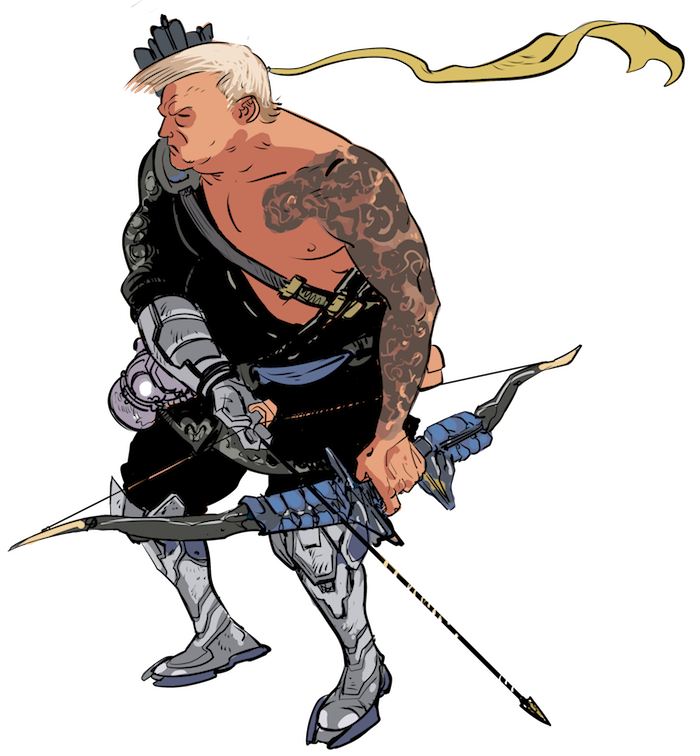 The site points out actual fuck-ups made by Trump under the appropriate headings, “MY TEAM SUCKS”, “THE CONTROLLER IS BROKEN”, “THIS SCREEN HAS INPUT DELAY”, “THE OTHER TEAM IS USING HAX” and “THIS GAME SUCKS”. All of the textbook excuses for online sore losers.

You could apply the connection to any online game, really. They all seem to attract the same brand of salty idiot that likes to blame anyone but their own shitty playing ability when things don’t go their way. It’s just an unfortunate downside of the internet. But the icing on this beautiful, delicious cake is the billboard that Max and his team paid for that gives Trump mad shit for maining Hanzo and complaining in chat. Classic Trump, tbh.

APPARENTLY IN MY AREA THERES A BILLBOARD THAT SAYS “DONALD TRUMP MAINS HANZO AND COMPLAINS ABOUT TEAM COMP IN ALL CHAT” I NEED TO SEE IT pic.twitter.com/Au70OthAAW

And look, this probably isn’t going to change any minds at this point in the election, but for those on the other side of the fence, it’s fun to look at. Paying out on Trump is really like shooting fish in a barrel right now and if that’s what keeps the sane part of the population from pulling their hair out, so be it.

Photo: Trump Is Not A Team Player.