Bless BeReal, The Social Media App That Actually Makes Me Want To Post Pics Of Myself Again

Dear girlies who used to love social media but hate how loaded immortalising something onto the Grid feels: BeReal exists and was made specifically for people like us.

In case you haven’t heard of the viral app, BeReal is a new(ish) social media platform that is currently the most downloaded app in Australia. It’s actually been around for over a year but seems to only be hitting everyone’s screens now, and it’s basically an answer to the frustration we feel about how hyper-curated and monetised Instagram has become.

Here’s how BeReal works: every day, users of the app are notified at a random time to post a picture of what they’re doing right that second. The time you’re asked to post changes every day, but everyone on the app is notified at the exact same moment.

Once you click on the notification, you only have two minutes to take the picture — and it has to be live, meaning you can’t choose something from your camera roll or edit a picture. No elaborate curating allowed! 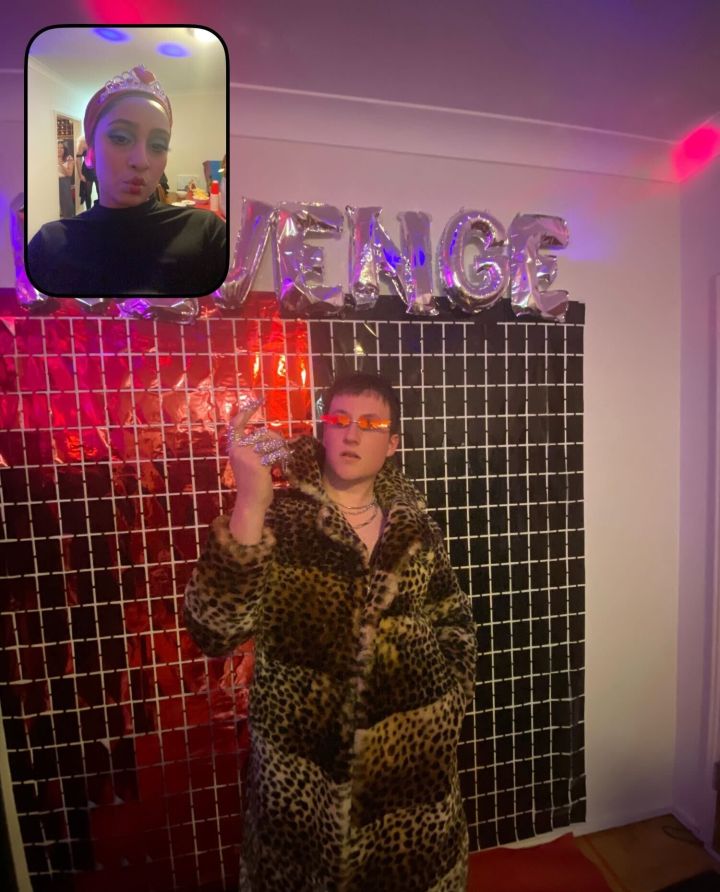 1/3A rare example of me actually looking ready to slay on BeReal. See other slides for a much more realistic depiction of my life. 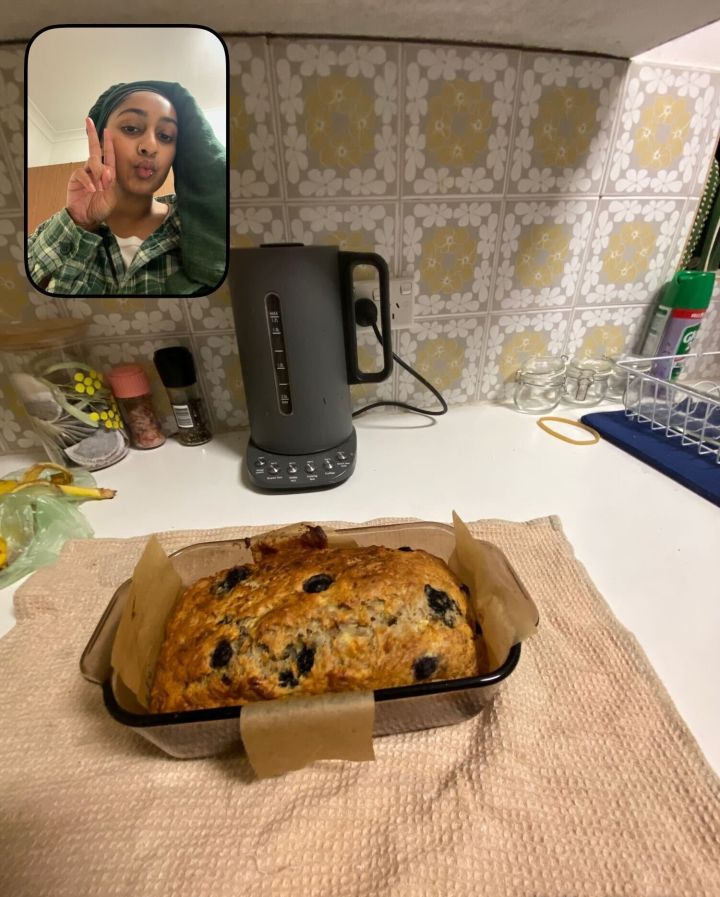 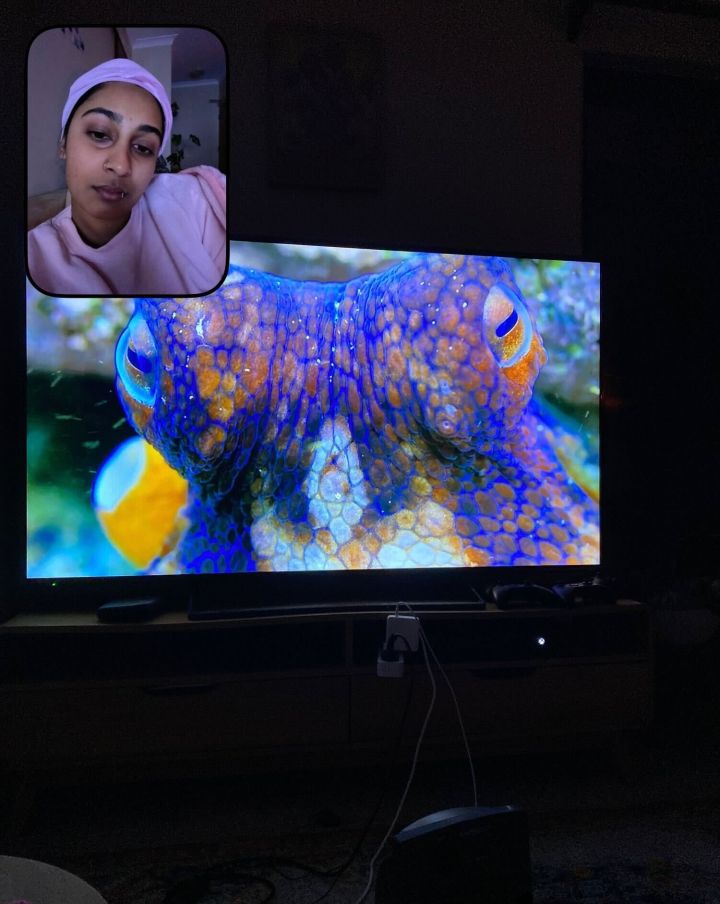 3/3Most of my BeReal memories consist of my TV screen and I feel no shame.

The app takes a picture of both your front and back camera, and the result is a little snapshot of your life both from your own POV and a mirror. Once you’ve taken your photo, you can scroll through your feed which consists of everyone else’s photo of that day. You can’t see other people’s photos until you post your own, and there’s no infinite scroll, either — once you’ve seen everyone’s pics, there’s nothing left to do on the app.

The result of this Snapchat/Instagram hybrid is a pretty authentic peek into your life, often at its most mundane. A lot of the time my feed is filled with what my friends are watching on Netflix, or their view from their office’s desk, or maybe a blurry photos from a night out with friends. And thats why I fkn love it.

I’m zoomin in yalls excel screens on BeReal and learning ur companies data!

Because we’ve come a long way since those sepia-toned pictures of our coffee mugs in 2015, I feel like there’s an unspoken expectation for anything I post on Instagram to have a point. If it’s a photo of me, I need to look perfect. The point is to slay. If it’s a photo-dump, it needs to be just the right mix of scenic images, memes, etc to encapsulate an authentic ~vibe~. Everything I do needs to be hyper-curated, because otherwise, how can I justify it being on my grid instead of just my stories?

Posting on Instagram is so loud, and now that I haven’t posted in four months, every day without an update makes my future post feel more like it needs to be worth uploading. I hate that, because I miss just posting shit and not caring. And don’t even get me started on how much it sucks to not see the real lives of my friends either.

READ MORE
Instagram's New Update Sucks: If I Wanted To Scroll On TikTok, That's Where I'd Fkn Be

That’s what’s special about BeReal: The app combines the temporality of stories (literally the only thing I use Instagram for) with actual pictures, but without the ~expectations~.  It’s supposed to be an antidote to the hyper-curated, edited-into-oblivion nature of posts on Instagram. And for me, it is.

Now, when I post on BeReal, I don’t care what I look like or what image of my life I’m projecting, because no one else on my feed does either. Instead, it’s about having fun and laughing at yourself (I’ve seen way too many people post selfies while taking a dump) and the same goes for your mates.

Using BeReal reminds me of how I felt using Instagram for the first time, when it was just friends posting photos

It’s also yet to be hijacked by influencers and brands — there’s currently no obvious way to monetise content on it — which means everything I see is from people I know IRL and who I actually care about, and that makes it feel intimate and less like a stage.

Of course, not everyone loves the idea of a flashy new app to be our flavour of the week.

Some cynics have even dismissed the app as just a yassified version of the dreaded Snapchat streak, but I have to disagree.

Snapchat streaks in their worst form were typically a black picture with the caption “streaks”, probably sent to you by a fuckboi you don’t even remember befriending. They’re cold and sad because the only reason the interaction exists is to maintain a fire emoji on an interface.

BeReal seems to come off much more wholesome — you’re posting because you want to know what your friends are up to, not because the app incentivises you with extra points or anything.

It’s nosy but in a cute way, and I for one am obsessed with my friends and always want to see what they’re up to, even if it’s just sitting at their desk or taking a shit.

Maybe in the future BeReal will die at the hands of capitalism, like all my other social media apps — but for now, I love it.