Apple‘s Worldwide Developers Conference is running right now and one of the biggest pieces of news so far is its brand new Mac Pro computer, which looks like a cheese grater and is expensive as hell.

The company’s previous Mac Pro underwhelmed fans with its lack of upgradability and “trash can” design, which it admitted was not the best move back in 2017. The new cheese grater design is actually a bit of a throwback to previous Mac computers, but what folks are really stoked about is a return to modularity.

Essentially, anyone willing to fork out the money – which we’ll get to shortly – will have far more control over customisation when it comes to the computer’s specs, and will be further upgradable with the purchase of  MPX Modules.

The 2019 Mac Pro will pack the new Intel Xeon processor, which can have up to 28 cores. In terms of graphical abilities, the system can be packed with AMD’s Radeon Pro Vega 2 or Radeon Pro Vega 2 Duo, and if the latter is doubled, you effectively get four GPUs with a total of 128GB worth of graphics memory. In lesser nerd speak, that’s a fucking lot.

I won’t get too much more into the techy details, but all you really need to know is that it’s a powerful motherfucker, and with this hefty power comes a hefty price. Local pricing hasn’t been announced just yet, but the new Mac Pro will start at US $5,999, which translates directly to $8,606 at the time of writing. According to Apple, this price is competitive when compared to a custom PC of similar power.

It’s expensive as hell, yes, but it’s also worth pointing out that the target market isn’t necessarily personal users, it’s likely studios with a need for high-end processing power. 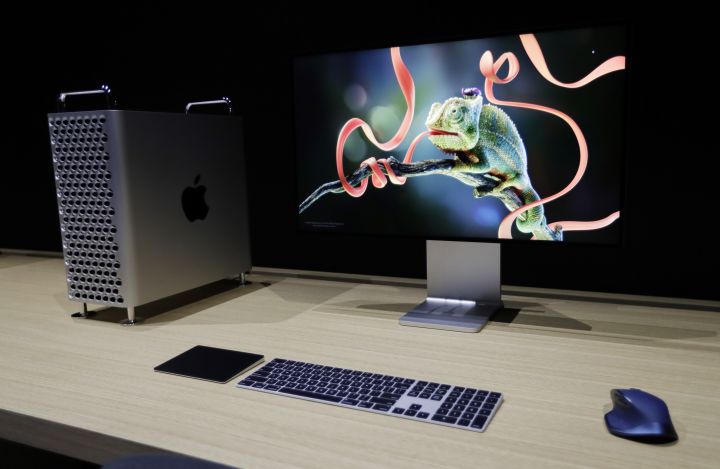