PEDESTRIAN.TV has teamed up with the Museum of Applied Arts and Sciences to applaud stylist / muse / icon / designer Isabella Blow and everything she did for the fashion industry which, let us tell you, was a whole helluva lot. You can catch’a glimpse of what we’re talking about at the Isabella Blow: A Fashionable Life exhibition at the Powerhouse Museum Sydney from 14 May – 28 August, 2016. Grab your tix online HERE, and read our review of the exhibit.

Muses are an integral part of the fashion industry, and have been inspiring designers for fkn ever. Sometimes, though, the muse-designer relationship goes the extra mile, morphing into a truly phenom creative friendship.

Take besties Isabella Blow (stylist/muse/icon/designer champion) and Alexander McQueen, for example: they took their own lives within years of each other, in 2007 and 2010 respectively, but not without leaving a game-changing mark on the fashion industry with their collective eccentricity, individuality, creativity and A+ outlandishness.

From awkward beginnings to completely fahbulous in-betweens and unfortunate, tragic endings – here’s a rundown of a fashion friendship that’s legit one for the ages.

HOW THEY ACTUALLY MET

Like most introductions, Isabella and Alexander’s first exchange didn’t exactly run smoothly. The young designer had just shown his graduate collection as part of the St Martins College of Design show back in 1992, with then-British Vogue contributor Isabella calling his 10-look range (which had his pubic hair sewn into the pieces, mind you) “the most beautiful thing” she had “ever seen”.

“The pieces went past me and they moved in a way I had never seen and I wanted them,” she said. “I just knew he had something really special, very modern, it was about sabotage and tradition,” she continued, recalling Alexander’s use of human hair and blood reds in the anatomy-inspired collection.

Isabella ventured into the St Martins building soon after, to meet the man known then as Lee Alexander McQueen. “She kept saying she wanted to buy his collection, but he was very sceptical about it all, whether she would really buy it,” Reva Mivasagar, Alexander’s former flatmate, who witnessed the intro, said. “She was very flamboyant about who she knew, all her connections, and Lee thought she was bloody crazy.”

Isabella continued to be persistent as all hell. She rang him, and his mother, relentlessly wanting the collection, eventuating in Alexander selling the entire range to Isabella, piece by piece. Blow paid him in instalments over the next months, in exchange for Alexander’s designs stashed into black bin liners.

HOW ISABELLA CAME TO MENTOR ALEXANDER

Alexander wasn’t aware of who Isabella was, or her impressive CV spanning work with Anna Wintour, Andy Warhol and Liz Tilberis, at first. But Isabella is now credited for discovering the likes of Jeremy Scott, Phillip Treacy and Alexander, something that, as seen in a BBC doco, dubbed Alexander McQueen ‘Cutting Up Rough’ 1997, didn’t appear to sit so well with the young designer himself.

“These designers think that you made me…”

“They do! They say it all the time in the press! ‘Oh, Isabella Blow responsible for Phillip Treacy & Alexander McQueen.’ But the thing is, it’s never been about that for me and you. She does it because she loves my clothes not because she loves me.”

It quickly became a widely accepted concept that Isabella had somewhat created Alexander’s career, right down to the name of his label. “His real name was Lee. Everyone else calls him Lee. But I call him Alexander because I think of Alexander The Great,” Isabella mentioned in the same doco, and it is believed that he used his middle name under her guidance.

HOW THEY ACTUALLY BECAME M8S

While, as his mother, Joyce McQueen, said – “She bought his collection. She wore it. She promoted him. She talked about him. She’s been incredible and I think she’s helped him quite enormously”, it’s clear that their relationship was so much more than a networking venture.

In Andrew Wilson‘s Alexander McQueen: The Blood Beneath The Skin, the book explains that  “the bond between McQueen and Blow went much deeper than a simple patron-artist relationship. As Lee learnt more about her past – something she talked about with the same nonchalance with which she would flash her breasts – he discovered that, for all her upper-class privileges, she was just as damaged as him.”

A beautiful friendship had been formed – they’d talk on the phone up to four times a day and when they were together their “dirty, filthy cackling” was never-ending. They’d dine with the big dogs like Manolo Blahnik but maintain their down-to-earth nature and have tea with Alexander’s mother, Joyce, on the reg. In fact, Isabella and Joyce were fast friends.

HOW BITTERNESS BETWEEN THEM GREW

Alexander has become a big name in the fashion industry, and in 1996 LVMH announced that he would become head designer at Givenchy. Champagne Supernovas by Maureen Callahan asserted that Isabella assumed she’d be named muse and be put on a salary as result, but apparently, when she wasn’t, she was heartbroken.

“She gave Lee everything,” said designer Julien Macdonald. “All her money, all her time, all her energy. She introduced him to everybody. And then, when he went to Givenchy and he had money, he told her to piss off. He had millions and she was penniless, and he gave her nothing. He just shut the door.”

After gettin’ buzzed during a profile for Daily Telegraph, Isabella let it all out. “The role of a muse is changing. Traditionally we haven’t been paid, but as Bryan Ferry once said to me, one should be paid for ideas as well as the physical manifestation of them. If Alexander uses some of his ideas in his show, and he has, I don’t get paid. He does… I’ve decided from now on I’m going to get paid now too. Before this, the only reward was seeing the people I’ve discovered taking off, and that drives me nuts, because they leave me behind.” 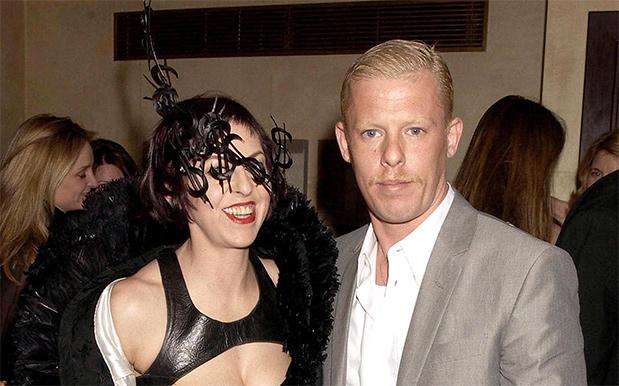 Alexander wasn’t about Isabella’s comments, fretting that everyone except his mother was using him. She’d ask, “Do you remember the good old days? You knocked me up,” to which he’d reply, “That world is gone, Issie.” The exchange was rough, not only because Isabella felt like she had lost her friend, Lee, but also because, despite trying, she could not have children.

Despite all the he said/she said, Isabella appeared to always be backing Alexander at the end of the day. Sitting front row for his debut Givenchy show, she bit back at the mixed reviews and snipes, saying, “Alexander is dealing with an old albatross. McQueen and Givenchy are like an old love affair, and we’ve got to give them a chance.”

When the Gucci Group acquired 51% of Alexander McQueen’s label in December 2000 and he became the label’s creative director, Isabella said, “I said to Tom [Ford], ‘Buy McQueen.’ It was totally me. And McQueen was, like, snorting and huffing away, and I said, ‘Get out of fucking bed and ring him up! He fancies you’.”

Even years on from Isabella’s death, her husband, Detmar Blow, to whom she was married 18 years, believes that Alexander betrayed her. “Money changed him and then drugs changed him. I remember reading of how he had flown his boyfriend somewhere for £130,000,” he told the London Evening Standard in 2010. “What did Issie get? Some clothes. I find that quite shocking.”

HOW IT ALL ENDED

Isabella committed suicide in 2007 by consuming weed killer – 20 times the amount needed to take her life. Vanity Fair reported that while many of her friends, including Philip Treacy, came to visit her in hospital when she was dying, Alexander was not among them.

Isabella was dressed in a red-and-gold brocade dress by Alexander, and he helped dress the body alongside Phillip and her sister, Julie. 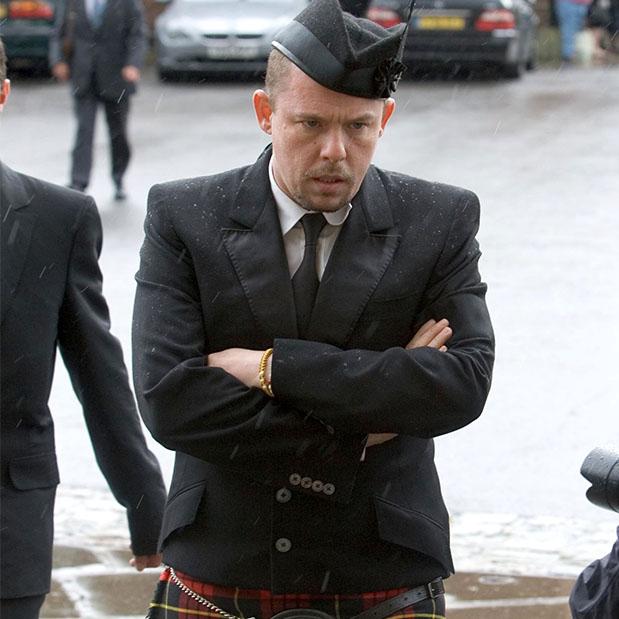 Alexander collaborated with Phillip to dedicate his S/S 08 show to Isabella. The room was sprayed with her favourite Robert Piguet scent and the invites were illustrations depicting her in one of Alexander’s dress’ and Phillip’s headpieces on a horse-drawn carriage ascending to heaven.

Just three years later, in 2010, Alexander also took his own life. He ingested cocaine and sleeping pills before slashing his wrists and hanging himself.

HOW THEY LEFT BEHIND A LASTING LEGACY

We can research as much as we want about these two, but, at the end of the day, we’ll never truly know what transpired or how they felt about each other and the end of their whirlwind romance. What’s for sure, though, is that Isabella and Alexander’s relationship is one for fashion’s history books, and a beautiful reminder that friendships are rarely, if ever, black and white.

Isabella Blow: A Fashionable Life runs from 14 May – 28 August, 2016, at the Powerhouse Museum, including all pieces from Alexander McQueen’s post-graduate collection. Grab your tix online HERE.