Serious question: if you don’t model for Victoria’s Secret, do you even model?

That’s not something gurl-of-the-moment Bella Hadid needs to lose sleep over, because it’s just been confirmed she’ll walk the Victoria’s Secret Fashion Show 2016, the holy grail of shows for long-limbed, professionally beautiful folk.

The 20-year-old let the cat of the bag on Snapchat, posting a pic of her insane bod with the caption “VSFS 2016!” 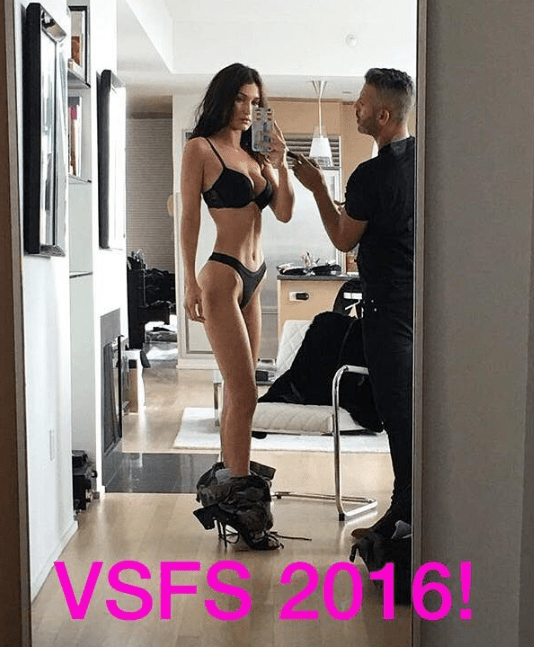 Not only did she have to face the VS casting director and a multitude of fitters and hair and makeup artists, but exec producer of the show Ed Razek was also on-hand to watch her walk / pout.

At the time, she wasn’t sure how it went, saying: “I have no idea, because I kind of feel like I black out when I get out there.”

You can watch it here:

A video posted by Videos Victoria’s Secret (@videosvictoriassecret) on Oct 26, 2016 at 1:16pm PDT

Proof she’s been practising how to blow a kiss since before high school.

Paris will be home to this year’s VS show, which airs on December 5.

OUR BODIES ARE (NOT) READY).