You know that feeling you get when you donate a lovely antique piano to a school out of the goodness of your heart only to later learn that said piano contained $850,000 worth of antique coins? Oh, you don’t? That’s weird, dude. You’ve never lived.

Well, it happened in the United Kingdom. The biggest gold coin hoard ever discovered in Britain was found concealed inside an antique school piano, donated by an elderly couple. 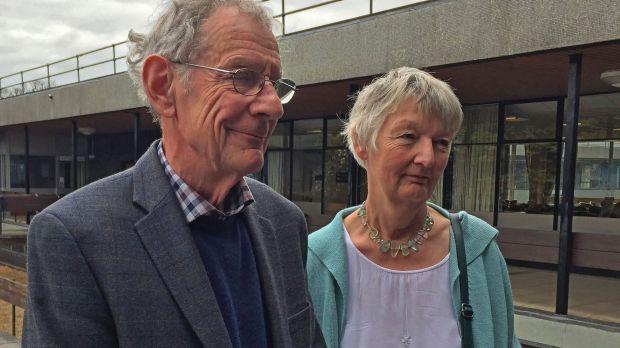 Megan and Graham Hemmings aren’t that mad that they don’t have a claim the riches, despite the fact they owned the piano for 32 years. The piano tuner who found the haul of 913 nineteenth century sovereigns could pocket tends of thousands of dollars as a reward.

“I don’t regret not finding the coins,” Mr Hemmings said yesterday, after the inquest to determine the treasure’s true owners ended. “I think that’s moved on. We’ve got to celebrate that it’s going to be used for a good cause, and that’s how we view it – positively.”

The British Museum embarked on a four month quest to find out who the coins might originally have belonged to, without much luck. 50 claimants stepped forward, despite few of them having provable or legitimate claims. But then again, why wouldn’t you give it bloody crack?

The museum’s experts reckon that the coins were probably hidden in the piano back during the Great Depression.

Peter Reavill, the British Museum finds liaison officer, said he was pretty impressed with some of the stories people were coming forward with, even if he wasn’t ultimately convinced by any of them:

I have been amazed at the stories that people have shared about their families – we are a nation which loves history and adores mysteries – and this is one that rivals the best detective fiction out there. But nothing has been put forward to make me believe that we’ve found the person who is an heir to the person who stashed these coins away.

The coins will now be will now be offered to the British Museum and others. The final proceeds will then shared among the three parties.

Check your damn antique pianos. Oh, you don’t have one? How sad for you.