Ahh, Queensland. The Sunshine State. Beautiful one day, perfect the next. Sun, surf and 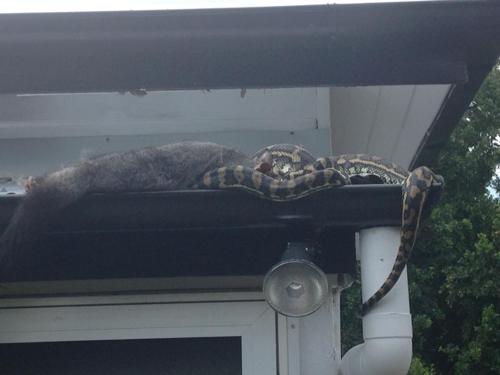 Oh, you thought you’d be safe from the barbarism of the animal kingdom just because you live in a city? Once again, WRONG: even in the inner suburbs of Brisbane, the wonders of nature are all around you, whether you like it or not.

Phoebe Sheehy lives in Bardon, a suburb about ten minutes from the Brisbane CBD. For some time now, she’s been sharing her house with a python she refers to as “my son“. It’s been a mostly uneventful cohabitation – until this morning. She spoke to PEDESTRIAN.TV via Facebook:

“My baby boy has been living in our walls for a few months, and every now and then we’ll hear him killing mice or sliding around, but it doesn’t bother us too much.

“This morning the roof was going nuts and I could hear a possum having a fight out there so I walked outside and saw an extremely dead possum (RIP) on the roof alongside our boy.

“As he tried to pull it back into the house he somehow managed to push the possum off the roof and it landed on the deck.“

What followed was a gruesome but surprisingly inspirational saga: would it be possible for this slender serpent to get that massive brushtail down its gullet? Sheehy was kind enough to document the entire process. 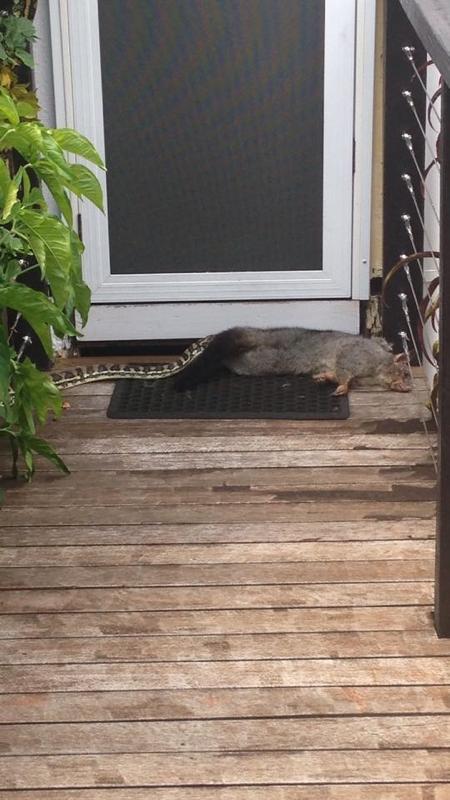 “He couldn’t fit it in his mouth on the roof, so he’s pushed the possum onto the ground in a horrifying turn of events.” 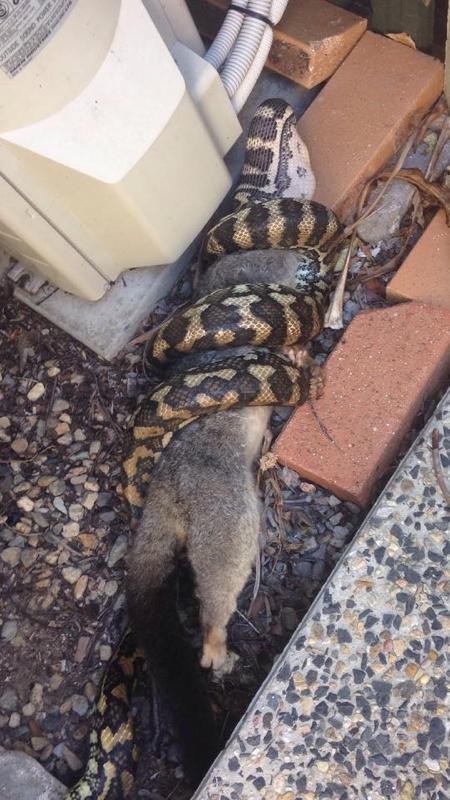 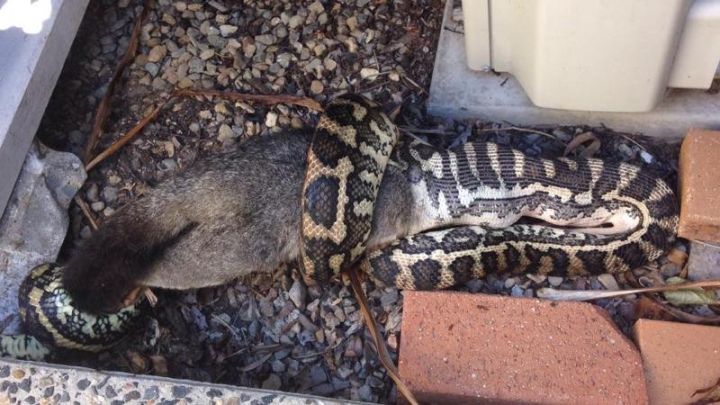 Of course, the real question is: did Sheehy’s Snakey Son, in fact, manage to eat the possum? It wouldn’t be the first time one of the slithery dummies bit off more than it could chew.

Answer: yes. He did it. And doesn’t he look proud. 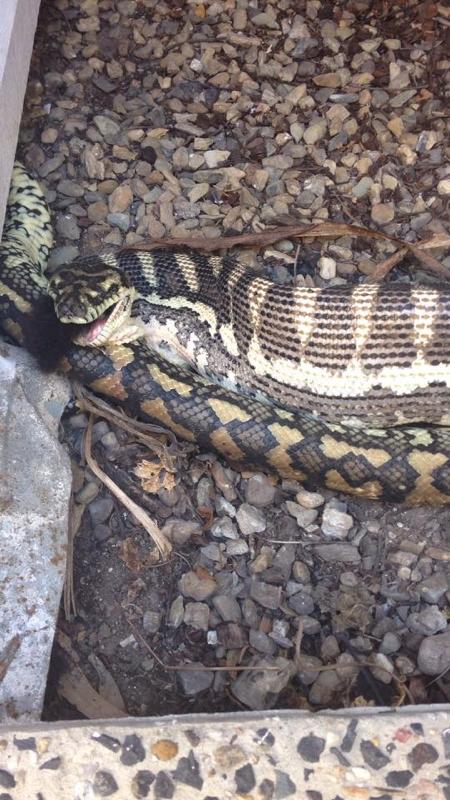 Are you feeling inspired yet? I am, and so is Sheehy.

“I’ve never seen a python eat something in person and it’s truly a sight to behold.

“I didn’t think he could do it for ages. It was exhilarating. He gave up a couple of times but kept going back.

“We could all learn a thing or two. I feel like I can achieve all of my goals.“ 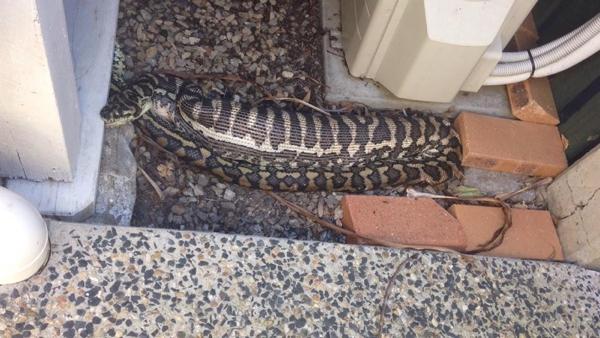 “Has finally stopped eating and is clearly SO cross at me for hanging out this whole time.”

Shoutouts to Phoebe Paradise for fanging this blessed Queensland content through.