Now we all know about the real mastermind behind the Oscars balls up – PricewaterhouseCoopers bigwig Brian Cullinan, who handed the presenters the wrong envelope – but the question now is how he screwed up so terribly. Did he just freak out due to the magnitude of the event? Was he wasted? Is he like The Joker, keen to sow discord and chaos wherever he goes?

We may never have a window into this man’s twisted mind, but this might be a hint. Cullinan was tweeting up until just a few minutes before the gaffe – tweets which he then deleted. Perhaps to cover up the implication of absent-mindedness.

His last tweet before the balls up was a pic of Emma Stone with her Oscar: 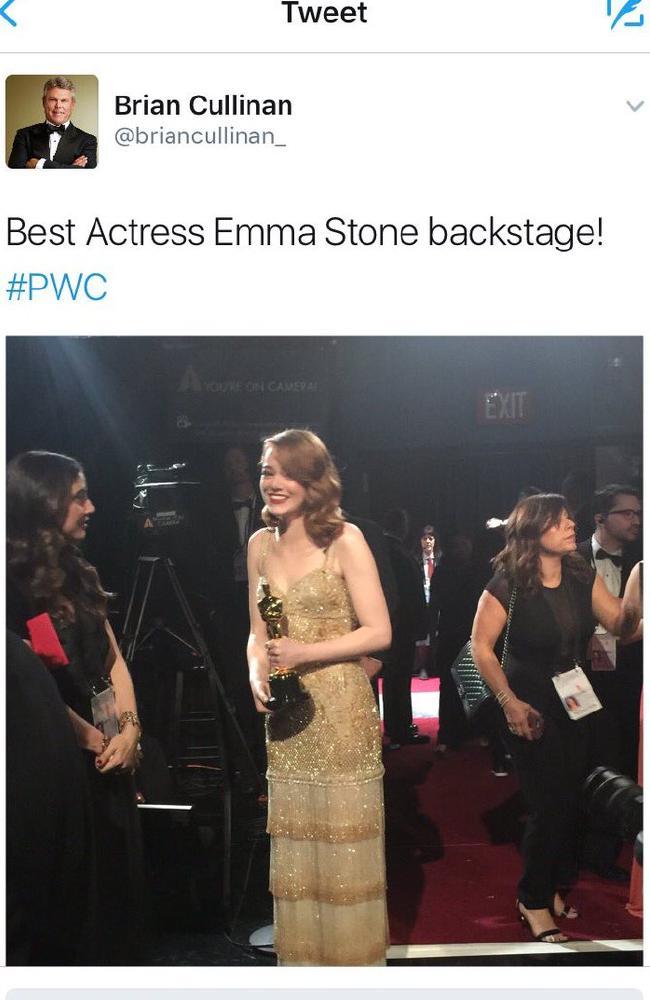 Variety says two “knowledgeable insiders” confirmed that Cullinan was tweeting instead of overseeing the envelopes at the crucial moment, but who bloody knows who those people are. Opportunists, that’s who. But for what it’s worth, the Emma Stone pic was tweeted three minutes before it all went down.

In an earlier interview, Tim Ryan, U.S. chairman and senior partner of PwC, said that there were two piles of envelopes and Ryan pulled from the wrong one. He argued that it wasn’t just Cullinan’s error. “He feels very, very terrible and horrible. He is very upset about this mistake. And it is also my mistake, our mistake, and we all feel very bad,” Ryan said.

Eyes on the prize, folks.