Who’s on your dream dinner party guest list? A non-negotiable of mine for as long as I frothed on fashion is Isabella Blow, icon / stylist / muse / ultimate designer champion.

If you don’t know who she is, you’ll almost definitely know the famous faces she gave rise to: Alexander McQueen, Philip Treacy, Stella Tennant, Sophie Dahl – all her discoveries.

Blow took her own life in 2007 – a few short years before her close friend, McQueen, took his – but left behind an epic legacy of v. v. v. v. rare fashion that has to be seen to be believed.

Luckily your chance is here, ‘cos an exhibit featuring 100 of her wardrobe’s most jaw-dropping pieces – from McQueen’s debut collection, of which she bought every single piece, to Manolo Blahniks she wore down to stubs and, of course, fuck-off hats – hits Sydney’s Powerhouse Museum this weekend, its first visit to Australia and only its third pitstop worldwide.

Isabella Blow: A Fashionable Life came about when her close friend, fashion ledge and artist Daphne Guinness, couldn’t bear to see her treasures go under the auction block at Christie‘s following her suicide, and bought the lot back in 2010 (t/y Daphne, seriously). 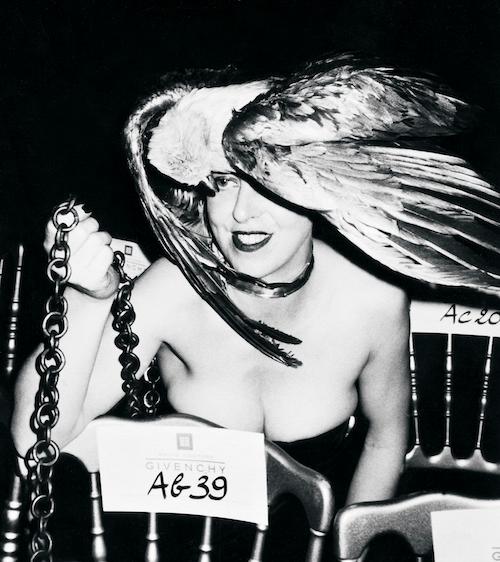 Even if you’re not a fash-packer who lives and breathes the industry’s history, you can’t help but be drawn in by the insights into Blow’s colourful life because they literally jump off the clothes.

Taking PEDESTRIAN.TV around the exhibit, Museum of Applied Arts and Sciences (MAAS) curator Roger Leong was quick to point out all the little details that make the exhibition so special.

“At a lunch with Nicholas Coleridge, managing director of Condé Nast, she wore a pair of antlers covered by a black lace veil. When he asked how she was ever going to be able to eat, she said: “Nicholas that is of no concern to me whatsoever,” he laughed, incredulous at how she managed to keep said antlers on her head when it took four people an hour to hoist them onto an exhibit mannequin. 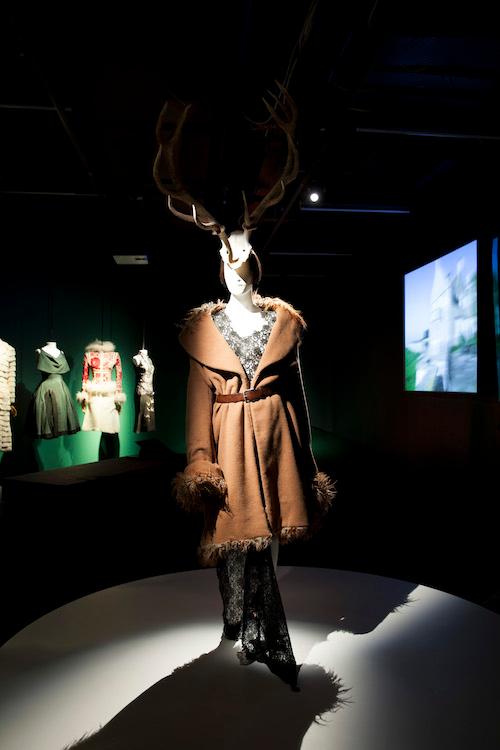 How did she keep them on her head and eat at the same time??? Magic

The first ensemble you see as you walk in, by McQueen for Givenchy, is paired with an ahmazzzzzingggggg anecdote about Blow purchasing $$$$$ couture pieces and expensing them back to her former employer, the Sunday Times, as “business attire” like a BOSS. 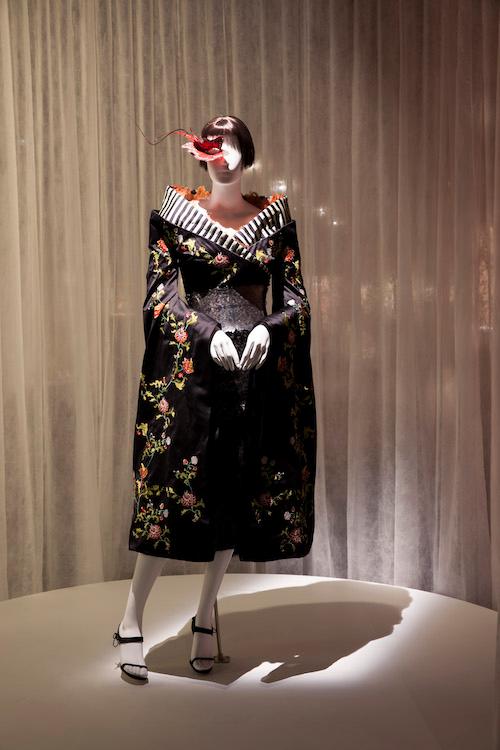 On another occasion, she dragged an oily prisoners’ chain that was the accessory to an outfit inspired by Joan of Arc through the Paris apartment of Karl Lagerfeld, leaving a trail of muck all over his plush cream carpet.

Blow bloody loved to party, and you can literally see ciggie burns on dresses she wore to soirees, trains filthy from trailing along the ground and three sizes of the exact same, much-loved shoe with the heels whittled down to uneven stumps.

All in all the exhibit’s many parts make up a vivid portrait of a woman who didn’t give a shit about what anyone thought of her, and looked fkn fabulous at the same time.

Isabella Blow: A Fashionable Life
runs from 14 May – 28 August, 2016, at the Powerhouse Museum. Grab your tix online HERE.