It seems like everyone has a podcast these days; they’re cheap to produce, easy to do, and it’s actually very hard to tell if it you’re doing a really shitty job at it.

For every single facet of pop culture, there is at least a dozen podcasts about that subject that consist of two dudes who have known each other since high school talking for hours on end about whether Kirk or Picard wore short shorts better (it was Picard).

Now, because 2016 is hell, the Australian Border Force are getting in on the podcast game. You might know them as the stony-faced people at the airport that grill you when you’ve come home from an international trip, or you might know them as the agency that is constantly sweating bullets trying to argue that all those nasty little human rights groups are wrong about Nauru. Those guys.

As the figureheads of the horrors of Nauru, the ABF has been getting demolished in the press, and it seems like a whole lot of their job now is attempting damage control: 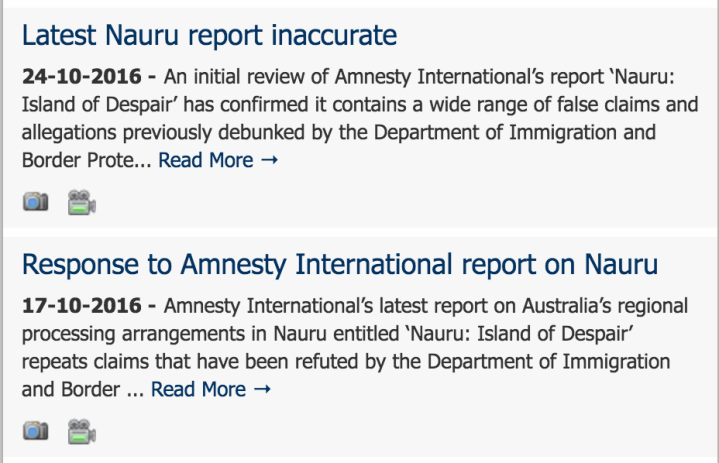 Apparently issuing pissed-off responses on a blog that no one reads wasn’t cutting the mustard for them, so they moved to issuing cheery nonsense on a podcast that no-one will listen to.

Here’s a big surprise: it is not very good.

Of the two episodes released so far, the first is a detailed history of the ABF and the second consists of a man very enthusiastically describing the technical details of a boat and talking to their staff about what it’s like to work at the airport – thrilling stuff.

If you absolutely hate yourself, you can listen to it here. I wouldn’t recommend it, but hey, you might not have a lot going on at the moment.