Sunday marked the end of a bloody good week of tennis with a bunch of Aussie faves taking home the W at the Australian Open 2022. Amongst the winning mix was our iconic queen Ash Barty, who became the first woman in 44 years to claim the Aus Open trophy, as well as dynamic doubles tennis team (AKA The Special K’s) Nick Kyrgios and Thanasi Kokkinakis, who took out their first-ever Grand Slam win.

But it appears their stellar performances weren’t the only thing fans had their eyes on during the heated game. Kokkinakis’ shorts were doing the rounds on Twitter with people asking why his Grand Slam gear had an uncanny resemblance to something you’d wear for a day sinkin’ tinnies at an Aussie music festival — y’know, those coloured ones with random fucking prints all over them?

Well, it turns out, that’s exactly what they are! A set from Cotton On that’ll set ya back a mere $40 a pop. And now, thanks to Kokkinakis, they’ll go down in history as being Grand Slam approved.

Does Kokkinakis still not have a sponsor? And Cotton On shorts? #AusOpen

We all won when Kokkinakis decided to wear those shorts #AusOpen ????

Can confirm, Thanasi Kokkinakis has been wearing $40 shorts from cotton on to play tennis #AusOpen #AO2022 pic.twitter.com/InvsRSTFpN

We shouldn’t be surprised, though, as this isn’t the first time ol’ mate Thanasi Kokkinakis has bought his tournament outfit from a local shopping centre before hitting the court, despite taking home over $1.5 million in prize money throughout his tennis career.

Just last year, he announced during a press conference that his all-black tees were courtesy of the ~iconic~ Kmart men’s range.

“It’s a Kmart special. I went to Chadstone, bought some $6 tees and went to work,” he said.

“I just felt comfortable in it. I tried to order some more online, but they got cancelled, and they didn’t make it through to South Yarra.”

His choice of shorts goes to show that the affordable shit can often do an equally as good job as their Nike and Lululemon counterparts.

So, if you’re keen on getting a matching kit with Kokkinakis, you can nab your very own pair for $39.99 here. 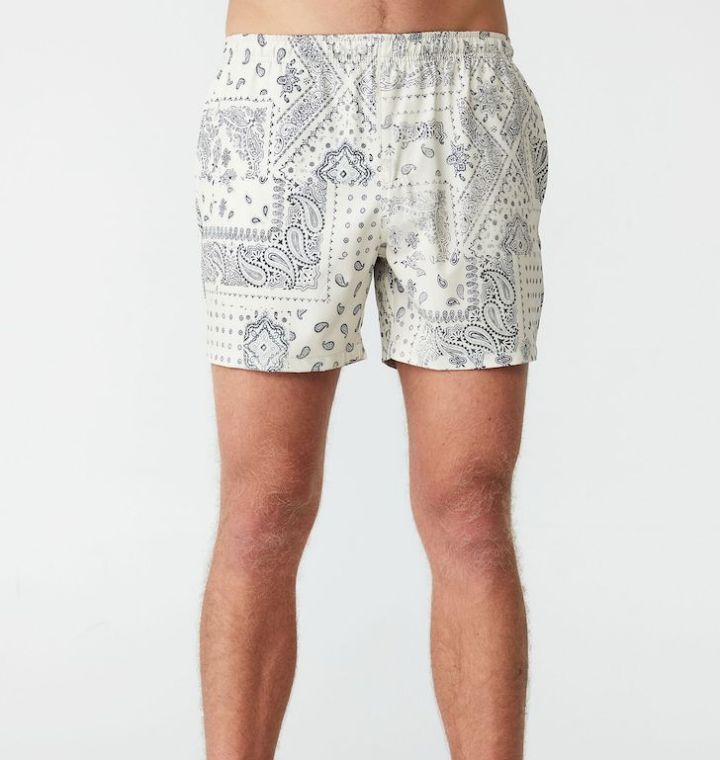