There’s a bloke in Canberra who is likely pretty unhappy right now. Why, you ask?

THIS. THIS IS WHY. 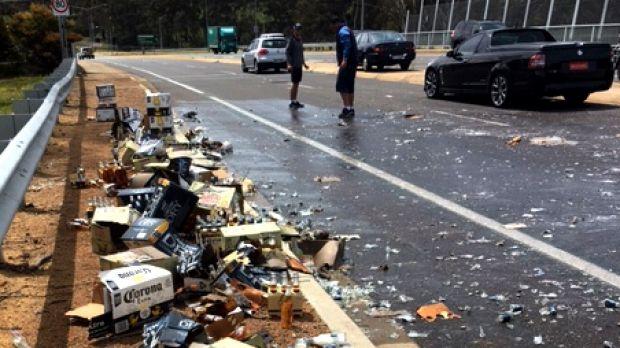 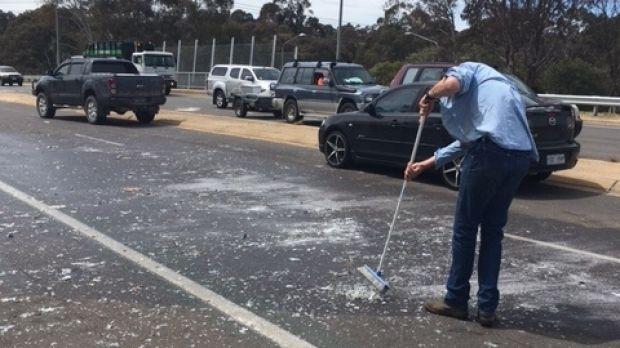 Yep, you know what you’re looking at.

That is thirty-five deliciously tasty, frosty cold, refreshing as hell cases of beer. Pulverised into pitiful smithereens. Dead as a doorknob. Smooshed. So very dead and smooshed.

Now, as gut-wrenching as it is to glimpse such an image, you cannot imagine the hell that the bloke who did this went through.

So imagine this: those cases beer were meant to be the booze for A WEDDING, and the man in question was THE GROOM.

The groom and three of his mates were transporting the cases to the venue in preparation for the big day, but one of the utes lost its load on Cotter Road in Watson, ACT today.

A witness to the horrific incident said the groom was mortified, but a bunch of dutiful citizens stopped their cars to help the men sweep up the glass and clean everything up:

“The guys were really grateful for the help. There was a great community spirit out there.”

That what the Aussie spirit is all about, people! It is pretty much, like, federal law that you must assist a fellow countryman if they find themselves in one of the most tragic predicaments an Aussie can find themselves in: smashing a case of newly-purchased beer.

If you smash 35 in one go, however, you need a whole damn community to help and console you.

And in an even *more* Aussie news, people are now offering to donate cases of beer to the happy couple who lost most of their wedding booze. As per the Canberra Times,

“And as is the way with kind-hearted Canberrans, we have had some offers from people who would like to donate a case or two to the still, we hope, happy couple.

If the bride or groom or any of their friends are out there please email megan.doherty@fairfaxmedia.com.au and we’ll make sure the donations get to you.”

This has been PEDESTRIAN.TV, bringing you the most Australian news story that could ever possibly be thought of.