Last night in Sydney a Fashion happened at the David Jones Summer Launch: a small gathering where everybody who is or has some sort of a body on which to wear the finest department store clothes that you probably cannot afford nor will anyone loan to you joins together to pretend that it’s summer and that they like each other for one night only.

Some of the bodies in attendance were professionally svelte, and some were were ‘cut’; some bodies belonged to Somebodies, and some belonged to Nobodies who arrived at this point in their lives on the coattails of another Somebody. It’s incredibly complicated, important stuff.

Either which way you look at it, there were definitely bodies there wearing clothes, stepping willingly onto a figurative red carpet rolled out in front of a photo wall: the 21st century equivalent of the firing squad, where you and I together are marksmen whose job it is to take aim and shoot down the styling choices of a privileged few, even though we both know neither of us could do any better and everyone here looks pretty great. Regardless:

Twice superseded ‘face’ of the department store Megan Gale looks goddamn nearly flawless in Scanlan & Theodore. She’s almost dressed to The Nines, save for the casual up-do and its accompanying fly-aways, which may or may not be caused by the fact that she and her dress look positively electric and maybe a little toasted. 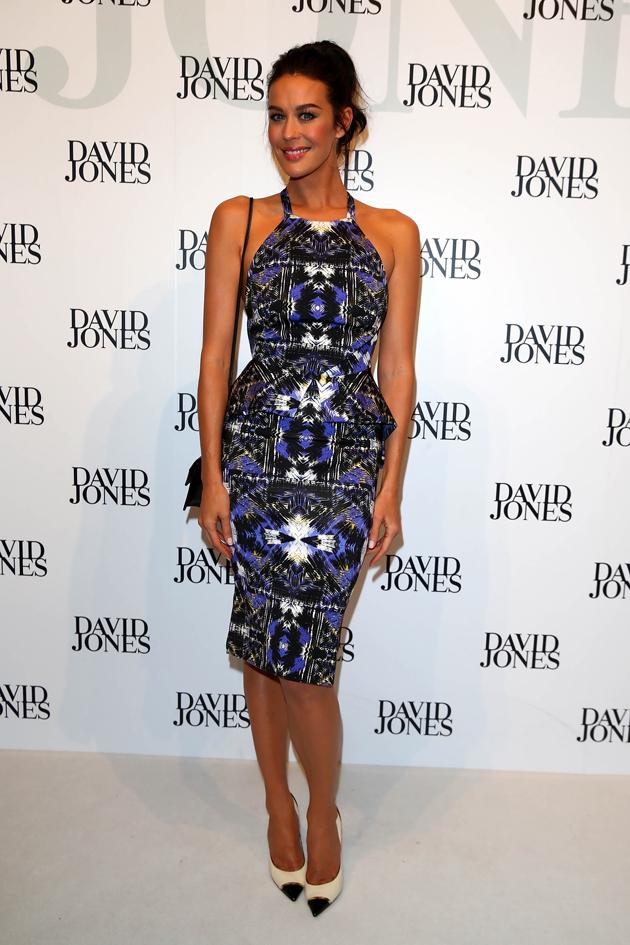 Ms. Jordan Baker, or as you may not yet know her, Elizabeth Debicki, looks serene and statuesque in marble print Josh Goot. She accessorises with the classy air of her master thespian spirit animal Cate Blanchett and doorstop corrective Dior footwear. 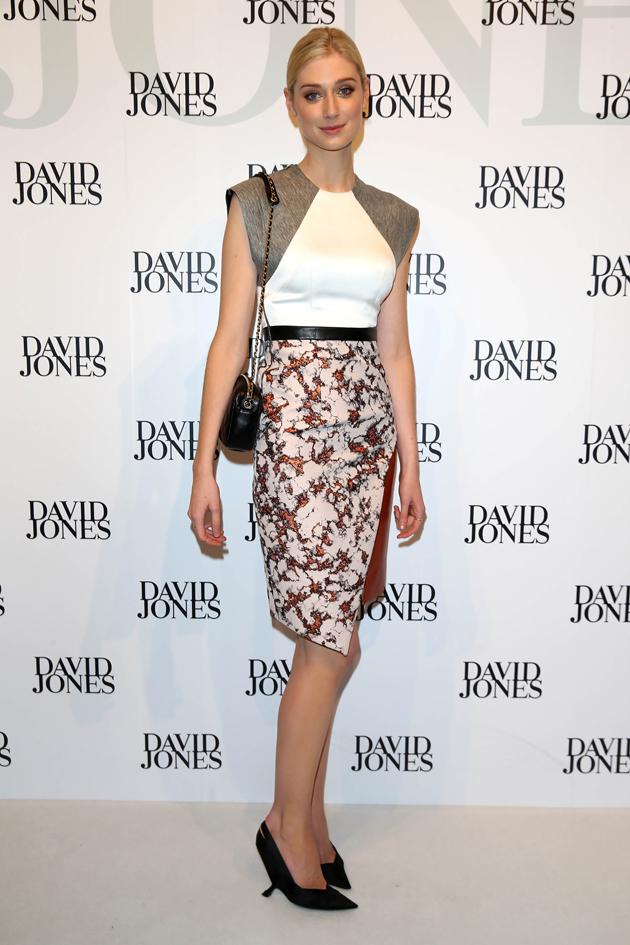 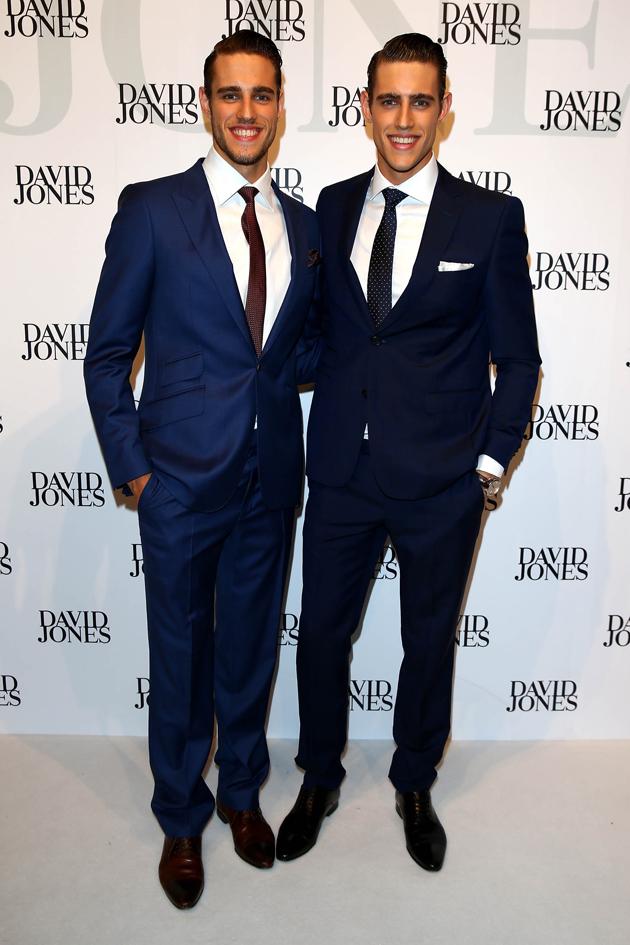 DJs Youth Ambassador – whatever that is – Montana Cox looks like a miniature sex bomb in architectural Dion Lee and a soaring 60s beehive that delivers an air of appropriately windswept Anna Karina vibes. 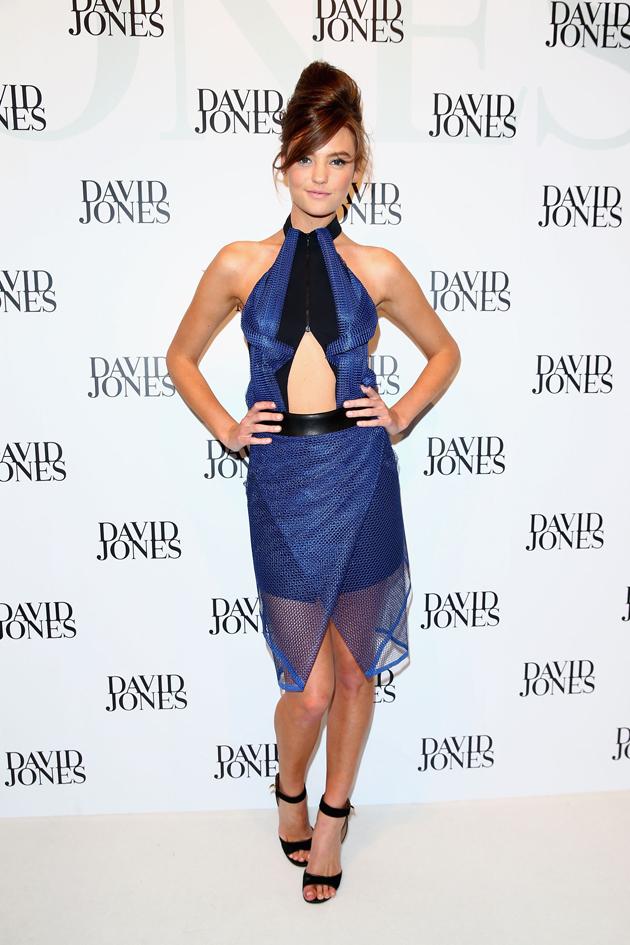 Two people who do get it get it are the inimitable Anna Plunkett and Luke Sales who, as always, are the best possible advocates of their own personal brand in Romance Was Born and Jeremy Scott for Adidas respectively. 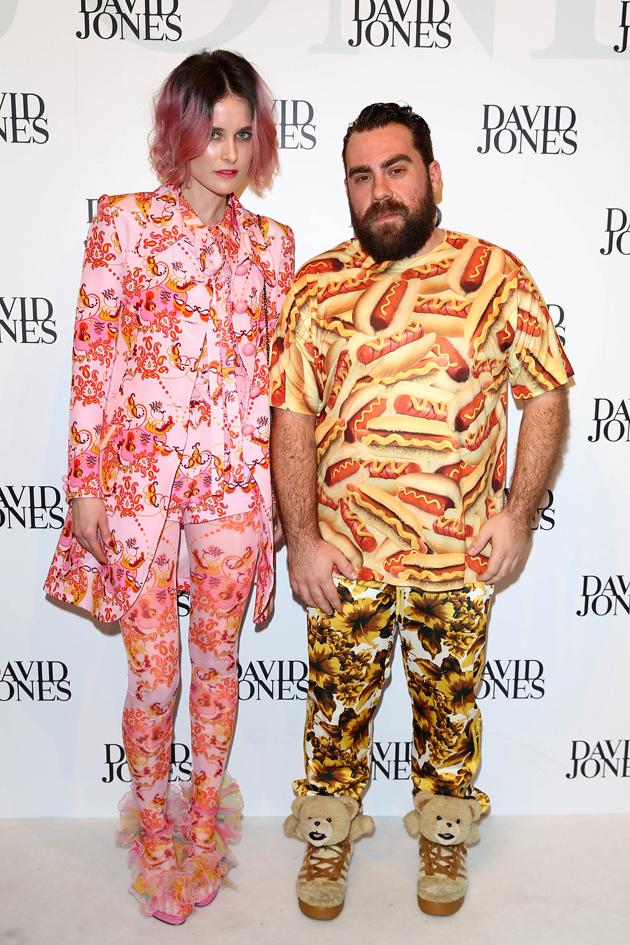 In a Josh Goot tux and Prada flats, Lara Bingle serves impressive, understated Marlene Dietrich steez. This comparison works on two levels because not only is this slightly-mannish tailored look an unusual breath of red carpet fresh air evoking the tuxedo dressing of the screen legend, it also works because when it really comes down to it Lara Bingle is famous for doing Diets and being Rich. 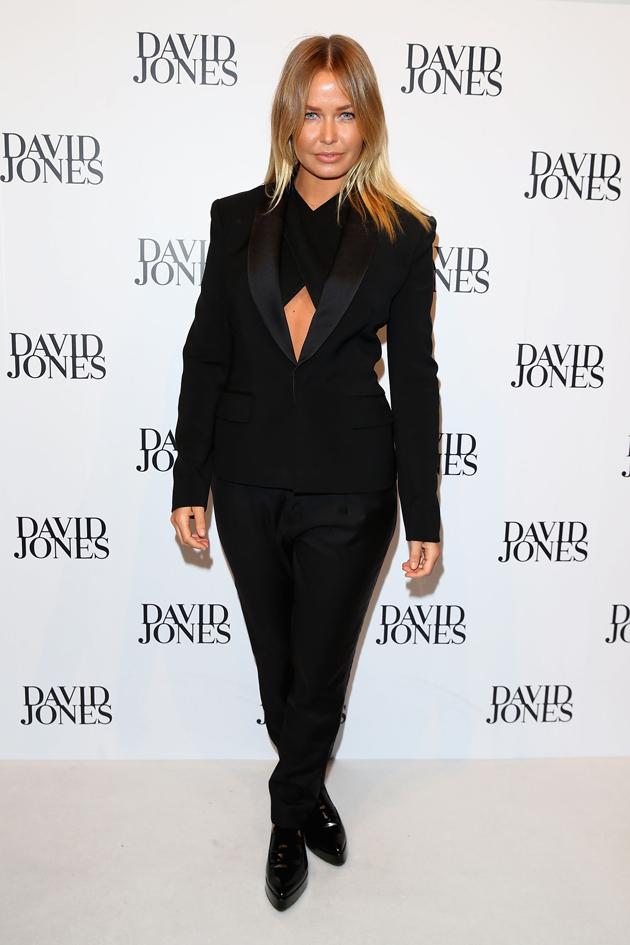 Bloggers turned Celebrities, amirite? The always polished Garry Pepper gal looks effervescent and carries a Charlotte Olympia clutch that costs $1,521 because Fashion. That’s the best I can do with this. 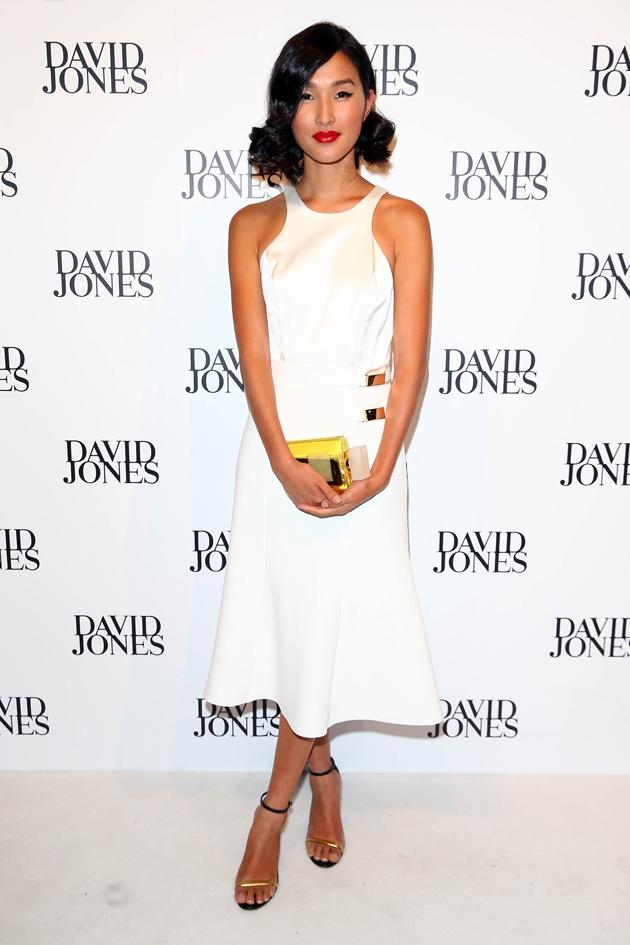 Bless. Rachael Finch looks positively glowing, as it appears she’s eating for three now: herself, her unborn child and the large toddler she came with whose food she probably has to pre-chew. Middle part partner aside, Finch looks lovely. Congratulations, y’all! 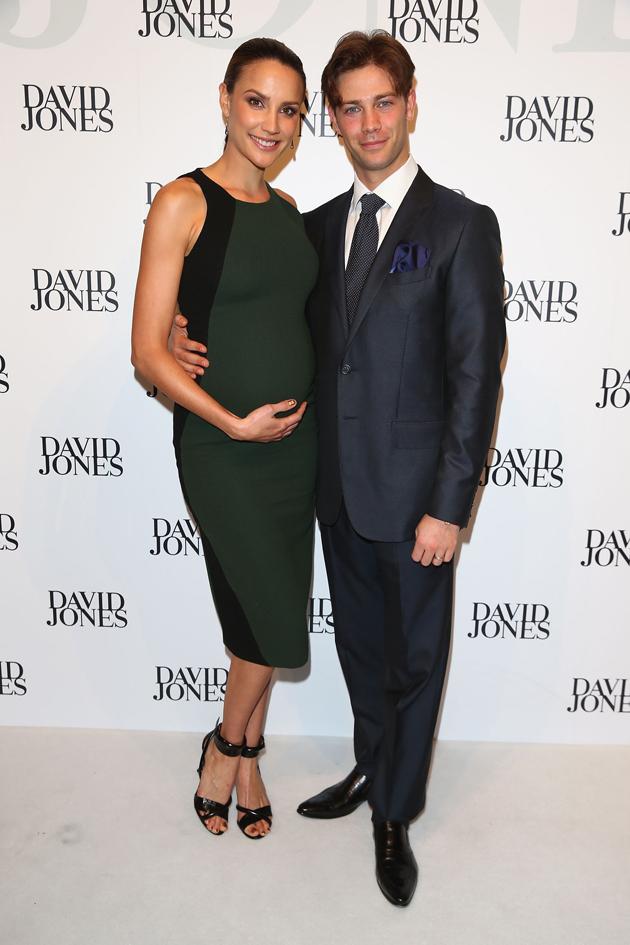 Christine, I know you’re a High Fashion Stylist and this is a nice dress, but I wanted – no, needed – more from you. Nice shoes though; Josh looks cool as per usual. 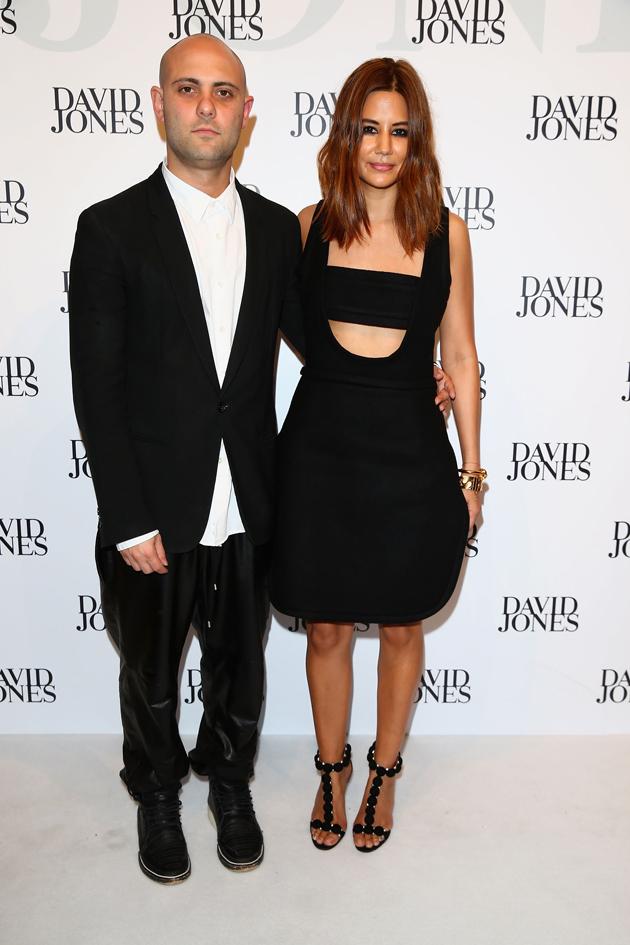 Striking while the flatiron’s hot, The Voice alum Kyomi wears a piece from Romance Was Born’s pastel fantasy ‘Mushroom Magic’ collection. Sadly she opts out of the insane matching Shoes of Prey custom kicks and opts instead for a pair of rose gold and beige peep toes that should be killed with fire. 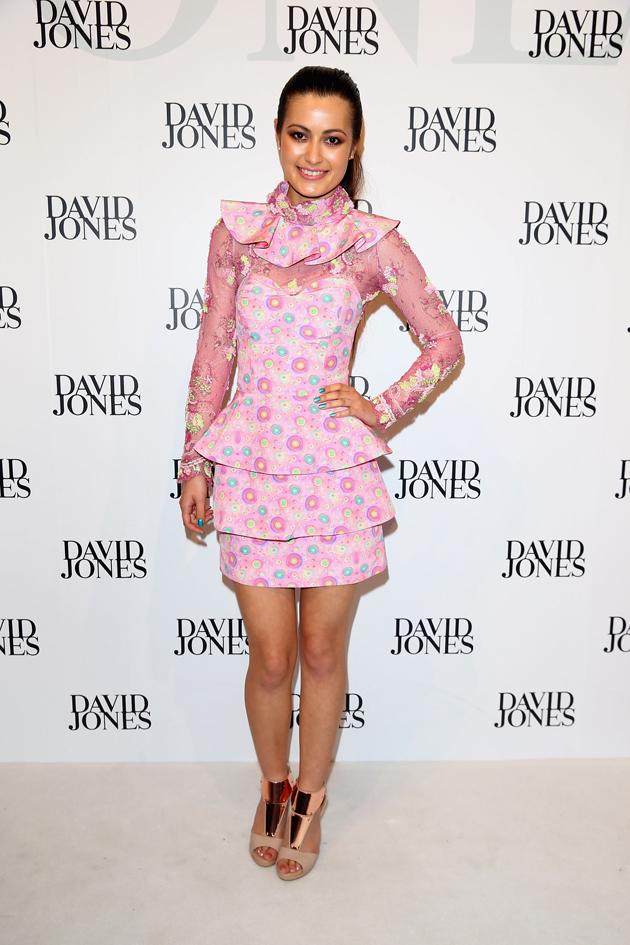 Kym Ellery looks reliably chic in what looks like a Prada satin SS13 shift; those also look like gold Céline platforms paired with a cat-eye that could take your eye out. Don’t hold me to either of those though; Christ, get off my case. He wears Burberry shoes, a deep tan and a beaming smile from ear to ear. 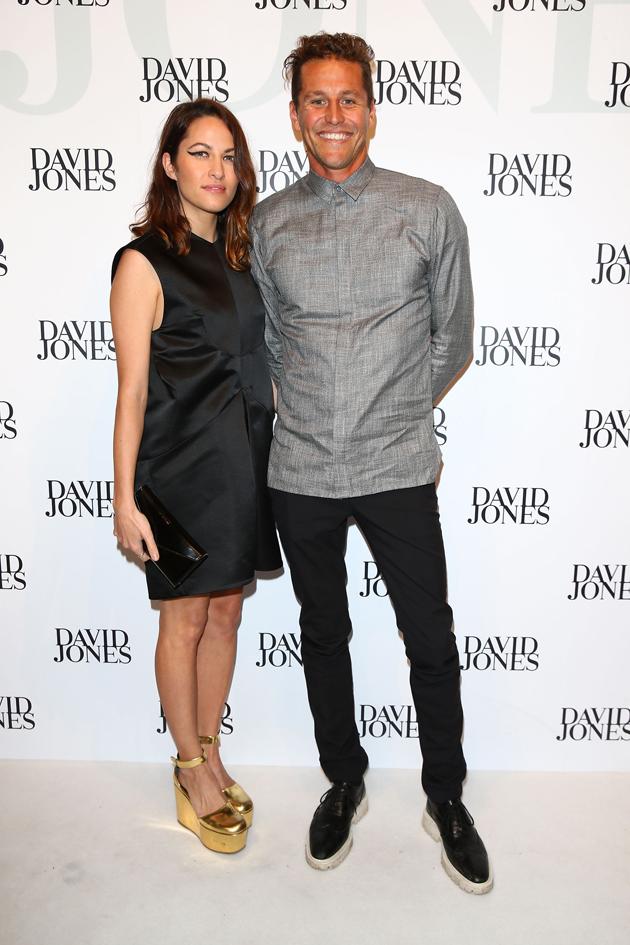 Lil’abelle Cornish wears black, looks nice, like a Jagger. Next! 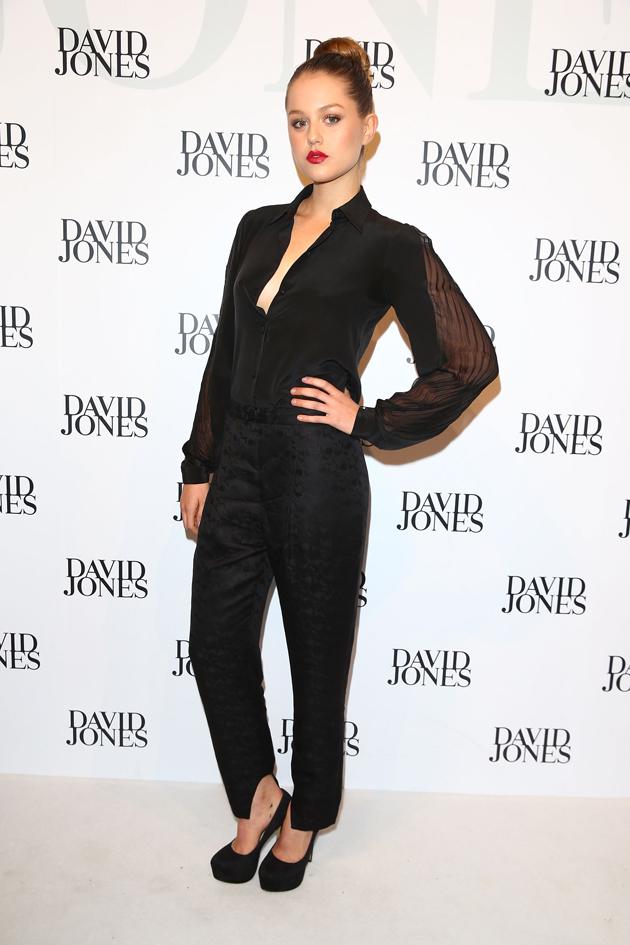 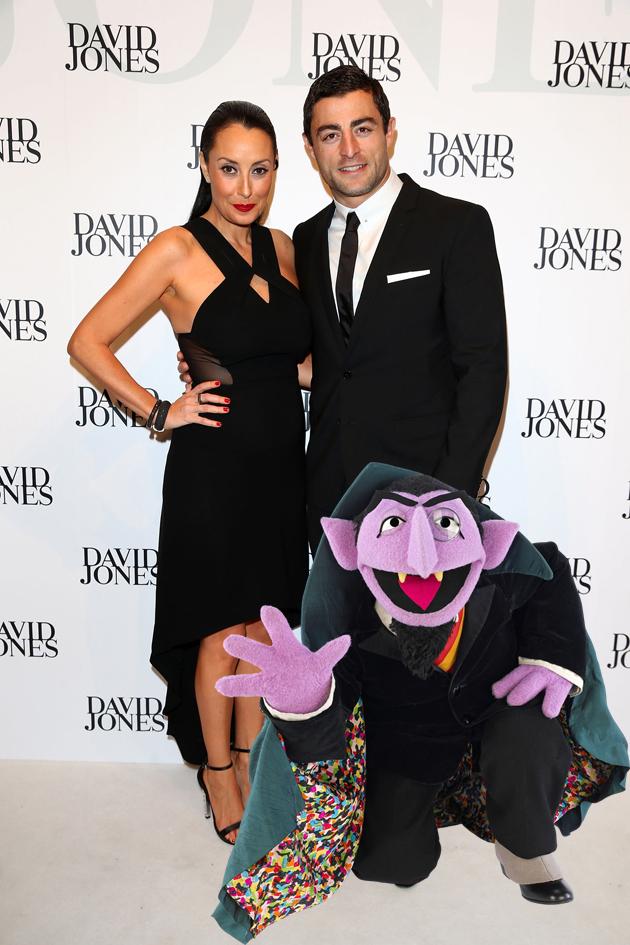 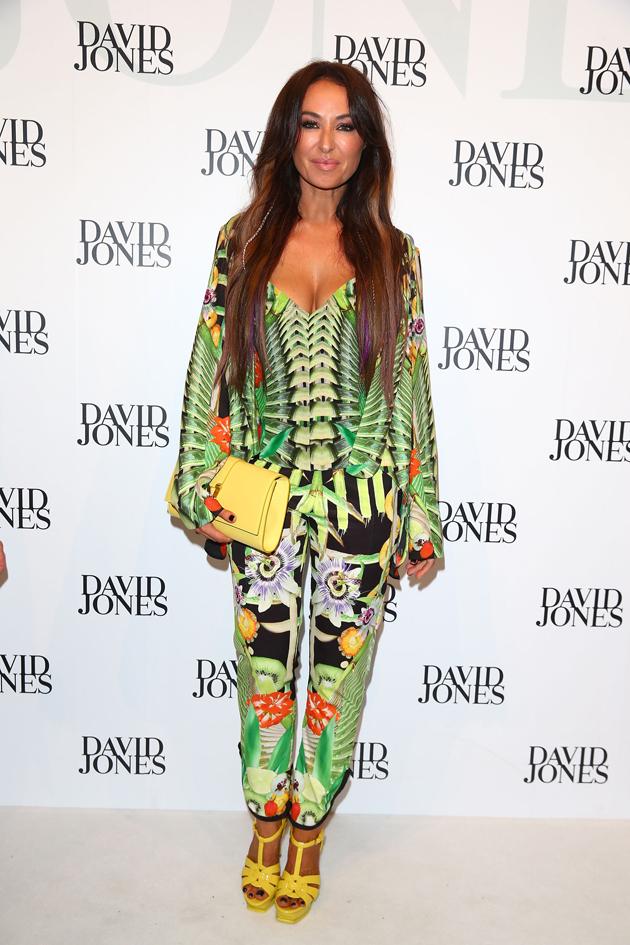 DJ’s new favourite Miranda, Miranda Otto and her all-over orchid print plus houndstooth vector twin set are slightly disconcerting. Her skirt needs to be slightly realigned with the centre of her torso because otherwise she looks like you could twist her at the waist and pull her apart. Like a sad Barbie inside which you’d find unsold copies of The Return of The King. 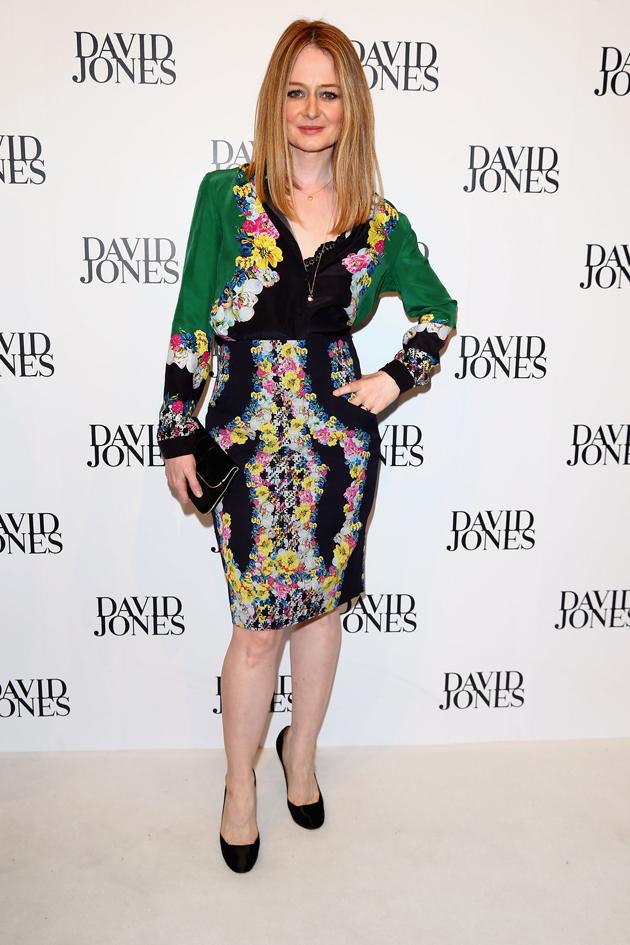 That’s how you smize, Gracie Otto! The tiniest Otto – I think, maybe there are more? – wears one of Barry’s velvet double-breasted blazers. 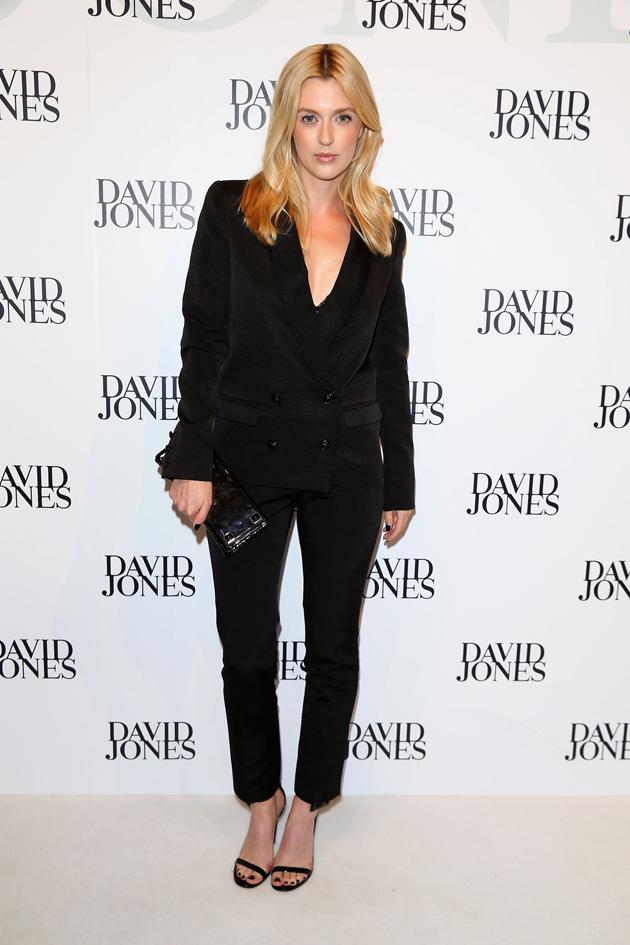 It’s nice to see Gary Bigeni is coming out of his shell and starting to branch out more from his traditionally minimalist look. 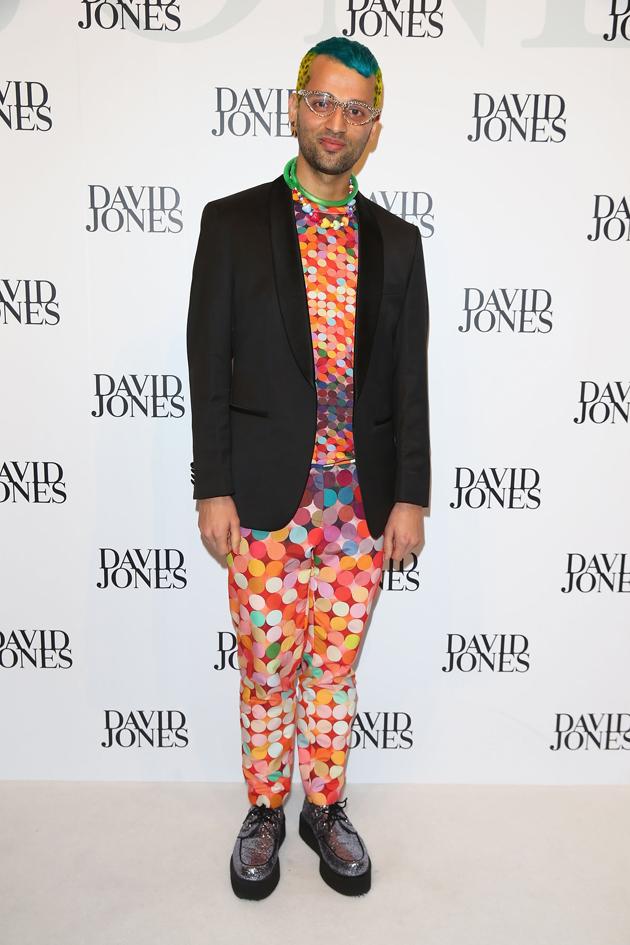 Australian Fashion’s Lannister Siblings [not in the gross way], Marc Freeman and Camilla Freeman-Topper of camilla & marc are unfailingly chic and never seem to get tired of hanging out with each other, which I think is the best accessory. 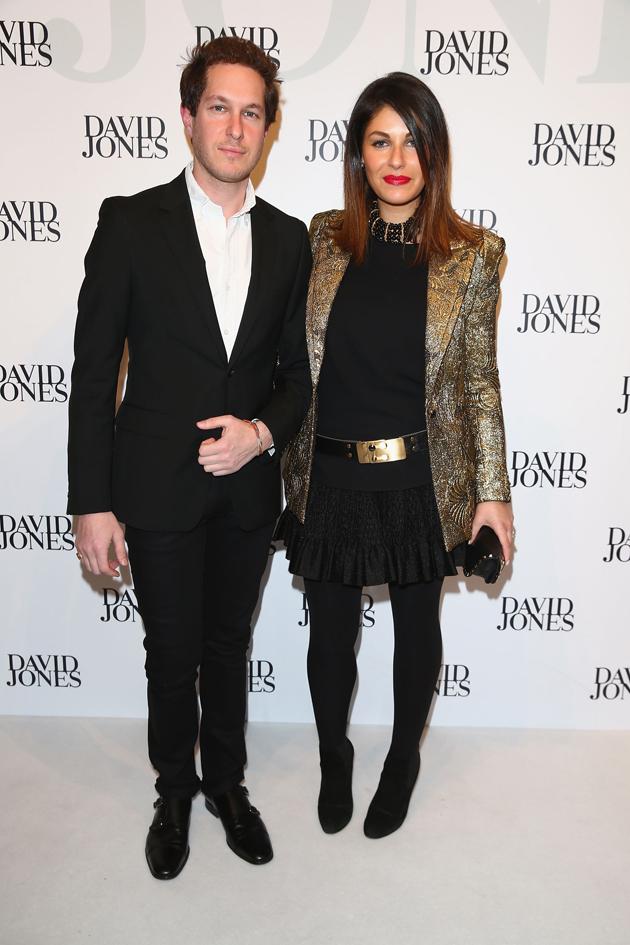 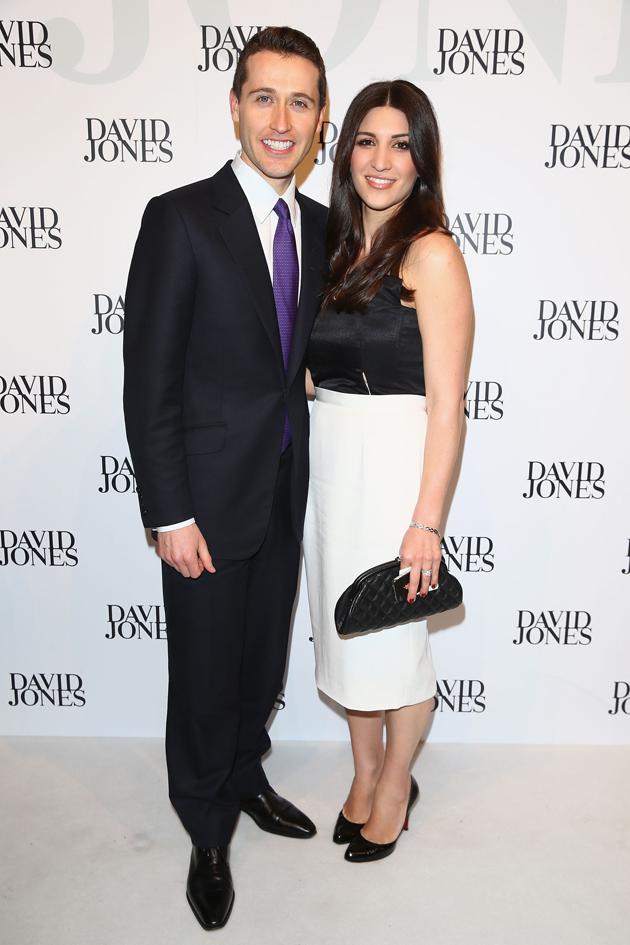 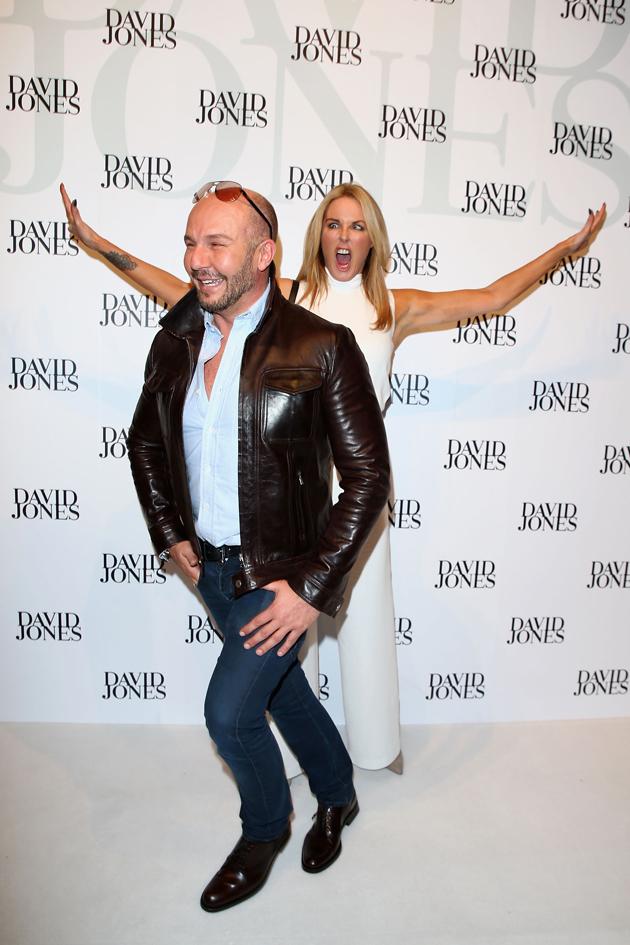 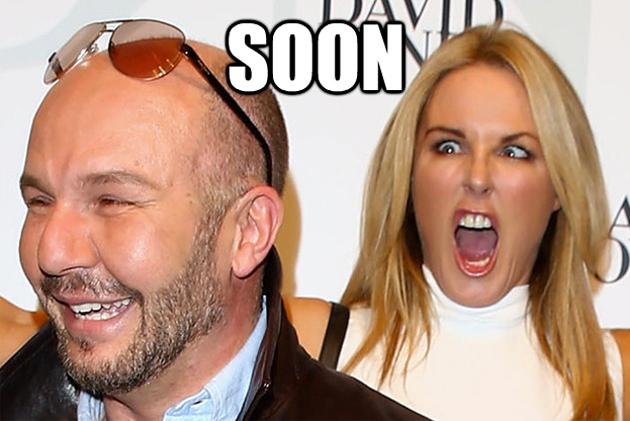