Clouds. They’re magical little puffs of condensed watery vapour that form cool shapes and / or unleash shedloads of rain on us at the most inopportune times.

You see a bunch of average ones every day, but what you’re *not* seeing is one of the world’s rarest and most unique cloud formations – despite the fact it’s right here on our bloody doorstep once a year.

Called Morning Glory (who says meteorologists don’t have a sense of humour), it’s a meteorological phenomenon that’s about to go down right here in Australia but that most of us don’t even know exists.

A rolling mass of clouds, you can only witness the big MG just after dawn, for two spring months a year, in the remote north Queensland settlement of Burketown; people gather at the local pub most mornings in the hope the conditions are going to be perfect enough for a choice sighting (and some A+ Insta snaps).

According to the weather gods over at our Bureau of Meteorology, the Morning Glory formations are usually about 1-2km high and can stretch for 1,000km, from one side of the Gulf of Carpentaria to the other, which is why we get such a ripper view here in Oz.

Just look at these things: 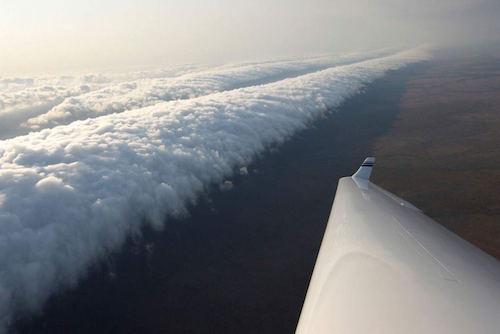 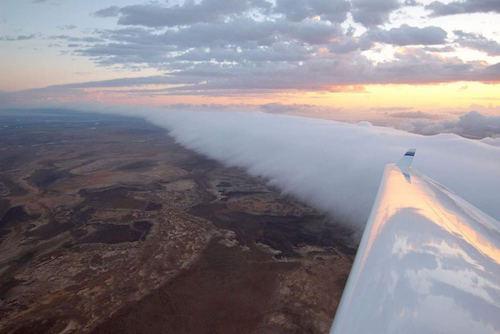 look at me i’m bootiful

Glider pilots keen on ‘surfing’ the cloud formations flock to Burketown every year, hooked on the feeling of insignificance that can only come from witnessing what the Lonely Planet describes as “the most spectacular thing you can see in the sky aside from a total eclipse” up close and personal.

If you ever risked life and limb getting snapped at either Wedding Cake Rock or the Figure 8 pools, you should be splooging at the thought of a selfie with these guys in the background.

Got some TOIL accrued? Book a ticket ASAP and get thurr.