Australian Harper’s BAZAAR celebrates 15 years with its next issue and the magazine is celebrating the milestone with a special collectors edition featuring 15 different covers that each showcase the work of an iconic designer or brand. As well as a huge lineup of international big names including Frida Giannini for Gucci, Alber Elbaz for Lanvin and Stella McCartney, representing the Australian fashion contingent will be Collette Dinnigan, Romance Was Born and sass & bide – whose cover you can sneak an exclusive preview of below.

We spoke to BAZAAR Editor-in-Chief Kellie Hush ahead of the March issue launch this coming Monday, 11 February, to get an insight to how issue came together.

Congratulations on the 15th Anniversary! As a relative newcomer to the magazine, how does it feel to be part of such a major milestone? The March Anniversary issue was always my big focus when I took on the job as Editor in Chief in June. I worked at BAZAAR seven years ago and have loved the magazine for a long time and know a lot about its history in Australia. I knew I had to do something big, which I hope 15 covers is!

You’ve done an incredible 15 covers for the Anniversary issue. How did the concept come about, and what was the criteria for deciding which designers or talent you wanted involved? I was in New York at BAZAAR headquarters in August last year and was able to look through the Hearst archives to see what anniversary issues had been produced over the years. There were special boxes, Swarovski crystal embellished covers, hardcover books – all kinds of things. BAZAAR has always been about the cover and historically Harper’s BAZAAR has created some of the most memorable covers in magazine history so I knew I wanted to create some kind of cover magic. BAZAAR wouldn’t be BAZAAR without fashion designers so that is why I decided to invited the world’s best, which includes the stars of Australian fashion Romance was Born, sass & bide and Collette Dinnigan.

Elle is joining the Bauer Media fashion lineup in September. Do you think there a strong crossover between the Elle reader and the BAZAAR reader; and what do you think are the defining traits that make each of those mags stand apart from the other? Harper’s BAZAAR is a luxury fashion magazine first. It is aspirational. It about the dress, that incredible Dior, Gucci or Chanel dress. Elle is about the girl. It is more accessible and irreverent.

Now that the March issue is out, what do BAZAAR readers have to look forward to next month? The April issue is coming together beautifully. Power women was my brief to the BAZAAR team and they have delivered just that. 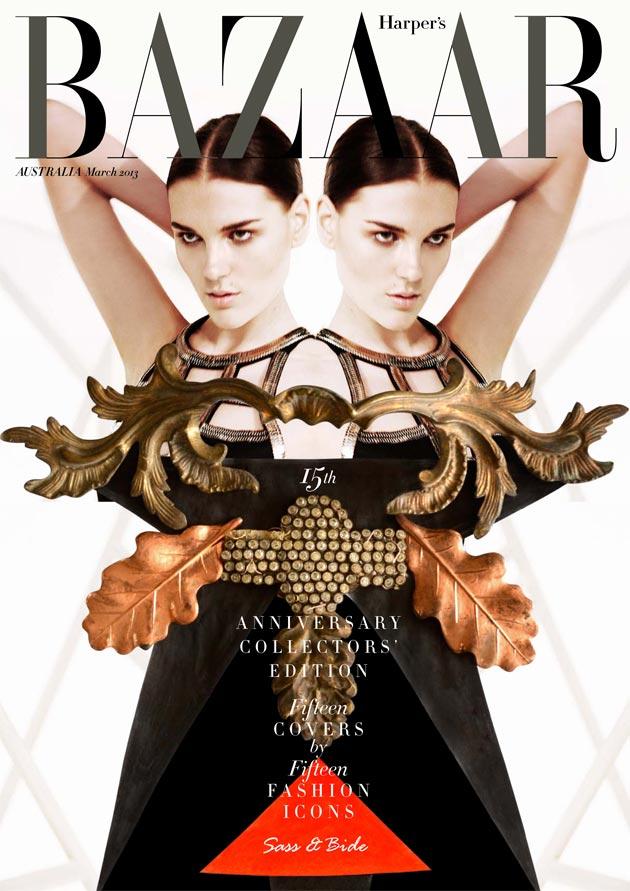