Despite the armed robbery and horrific assault of Kim Kardashian West being one of the biggest news stories of the year, it seems as though some Parisians were absolutely clueless as to who the heck the reality television star actually *was* when the incident went down.

According to a huge Vanity Fair profile, the Paris Police Chief Christian Sainte had absolutely no idea who this “Kim Kardashian” was or why her “V.M.A” (vol à main armée, or armed robbery) was relayed to him at 3 o’clock in the morning.

Sainte, however, told VF contributing editor Mark Seal that he “know[s] everything, day and night”, so was therefore called immediately at around 3am on October 3rd, shortly after five men had escaped from Kardashian‘s hotel room on bicycles, holding close to AUD $14 million worth of her jewellery.

Sainte is one of two men who led the investigation of November 13 – France’s tragic night of terrorist attacks upon restaurants, bars, Le Stade de France, and the Bataclan Concert Hall – but he still, nonetheless, had to look up the woman at the centre of a case the French are now calling ‘L’Affaire Kardashian‘.

‘But the three A.M. wake-up call delivered a new, monumental crime to the chief, with a rare type of victim, who, while known to millions worldwide, was unknown to the chief, at least in the moment when he was awakened with news of her robbery.

“I asked my number two, ‘Who is this victim?’” says Sainte.

So the chief rose from his bed and went to his computer, where he entered the name “Kim Kardashian” on Google.

“And I quickly understood who she is,” he says, as his computer was flooded with images and information about the American reality-television star.

“And now I know almost everything about her.”

The chief, sitting alongside his press aide, smiles.

“The personality of the victim, Kim Kardashian, is not like anyone else,” he says. “She has a lot of likes on Facebook!”’

The interview is, to date, the Police chief‘s first and only interview with the press.

While he declines to delve into detail about the case (as it is, of course, an ongoing investigation), he forcefully shot down rumours that the crime was false, or a hoax.

“There is no doubt about the reality of the crime.”

The piece also goes into point-by-point detail of the incident and authority response, stating previously unheard information such as the robbers told the concierge they were looking for ‘the wife of the rapper’ (showing that the men knew her husband Kanye West better than they knew her), and that security at the Hôtel de Pourtalès/No Address Hotel was so lax that during large parties, there was simply “a girl at the entrance, who asked, ‘Are you coming to the party?’ And if you said yes, she let you in”. 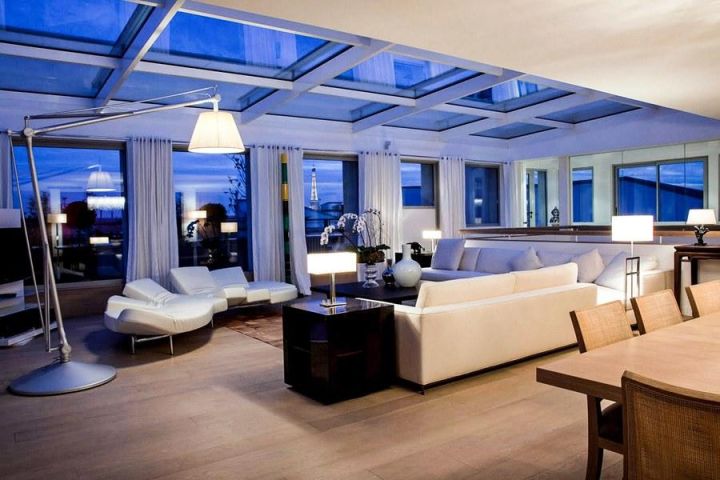 The police chief says he is “confident” that they will solve ‘L’Affaire Kardashian’, because its resolution is important in proving the safety of France (a country that has lost an estimated $1 billion in tourism revenue since the terrorist attacks of 2015):

“It’s important because of the implication: Is Paris secure? It’s important economically. So that’s another reason why it is important for us to solve this case.”

Sainte, despite having worked on one of France’s biggest cases of terrorism, says he ‘doesn’t doubt that the robbery of Kardashian West will surely turn out to be one of the most unusual cases of his long and distinguished career.’

You can read the full VF article here: vanityfair.com/style/2016/10/solving-kim-kardashian-west-paris-robbery