One Nation leader Pauline Hanson is standing behind the party’s “very tough” (her words) selection process, despite both recent events with candidate Mark Ellis and also every single other piece of evidence to the contrary.

In an effort to recruit an unstoppable army of candidates to run in pretty much every election everywhere, they accidentally recruited an army of extremely stoppable weirdos who have embarrassed both themselves and the party in startling fashion.

To name just a few examples: Peter Rogers the Port Arthur truther, Shan Ju Lin the homophobe, David Archibald the single-mums-are-lazy guy and last but not least, Michelle Meyers, who believes the LGBT community is using Nazi mind control. Let’s not even bother going into all the bullshit that happened with Rod Culleton.

The candidacy of Mark Ellis was an exceptional fiasco even by the standards of One Nation, which immediately entered a tailspin after a Channel 9 interview flagged that he was a member of the Pinkenba Six.

He’s the One Nation candidate gunning for public office, but Logan businessman Mark Ellis knows he can’t escape his past. @RMorrison9 #9News pic.twitter.com/MrLd9k16yV

Ellis, along with his cop mates, picked up three Aboriginal youths from Fortitude Valley in 1994, before driving them 15 kilometres out of town into bushland and dropping them off, forcing them to walk home without shoes. It was alleged at the time that one of the officers threatened to cut the boys fingers off. Not ideal.

Today, less than a week later, he resigned. On that very same day, The Guardian wrote an article detailing claims that he had threatened to kill a former employee over Facebook and showing a photo he was tagged in that supposedly shows him doing a Nazi salute next to a swastika mowed into a lawn. 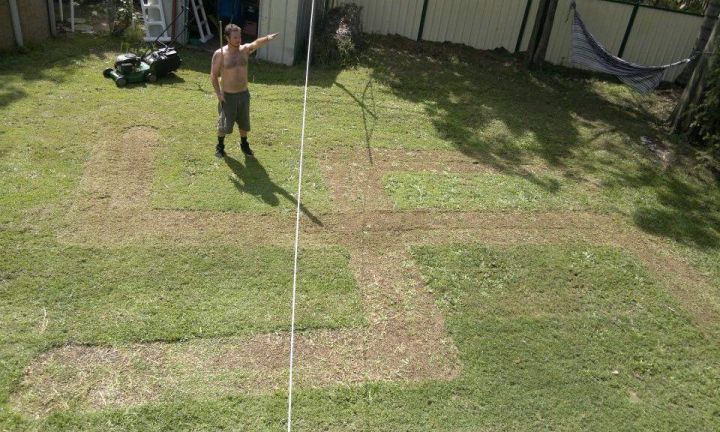 Pauline reckons they’re all hunky-dory, though:

“Sometimes you don’t get it right. I’m not [in] the selection process but I am on the executive as state president of the party in Queensland.

“It does come down to my final decision. My final decision now is that he’s no longer a candidate under the banner of One Nation. He has offered his resignation.”

Interestingly, it wasn’t his history with the Pinkenba 6 that did it, but apparently, she was unhappy with some comments he had made. Righto then.

I wish them the best of luck in continuing to shoot themselves in the foot at every turn.