After teasing a huge discovery over the past few days, the boffins at NASA have dropped their big news: they’ve discovered a system of seven Earth-size orbiting a nearby star, three of which are located in the so-called ‘habitable zone’ which may support liquid water.

Liquid water is generally considered key for a planet to be considered capable of supporting life.

They’re called ‘exoplanets’, which is just the scientific designation for planets that are located outside of our own solar system, even though the name seems like a cool term for ALIEN PLANET.

This is news for a few reasons. Firstly, it’s a record number of habitable-zone planets found orbiting a star outside our solar system. Secondly, though the system – named TRAPPIST-1 – is a casual 235 trillion miles away from us, that’s considered relatively close in stellar terms.

The planets are also quite close to each other, meaning someone standing on one would see its neighbour as appearing larger than our moon does to us. 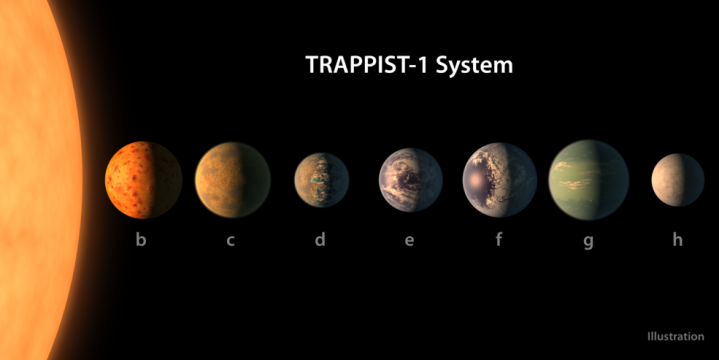 When NASA teased the news, as always the general assumption was that the agency had finally discovered aliens. Not quite – but identifying planets which could possibly support liquid water is the first step towards identifying a planet that might support life.

“The seven wonders of TRAPPIST-1 are the first Earth-size planets that have been found orbiting this kind of star,” said Michael Gillon, lead author of the paper and the principal investigator of the TRAPPIST exoplanet survey. “It is also the best target yet for studying the atmospheres of potentially habitable, Earth-size worlds.”

NASA did a nifty little rendering of what it might look like on the surface of one of these planets:

Look, if you were hoping that NASA were going to announce they had captured an alien and were currently dissecting it to unlock its terrible power, then you’ll probably walk away disappointed. But it’s still pretty cool.