Every now and then there’s some fancy hair tool everyone becomes obsessed with. Right now, it’s the Mermade Hair Waver – a scary-looking three-pronged curler that promises mermaid waves.

I got my hands on one because I was curious. But I wear my hair curly, so using it on myself was pointless – I needed volunteers. And by that I mean I bullied several of my colleagues into being human guinea pigs for me in the office bathroom.

Let’s start with the tool itself – it looks like this: 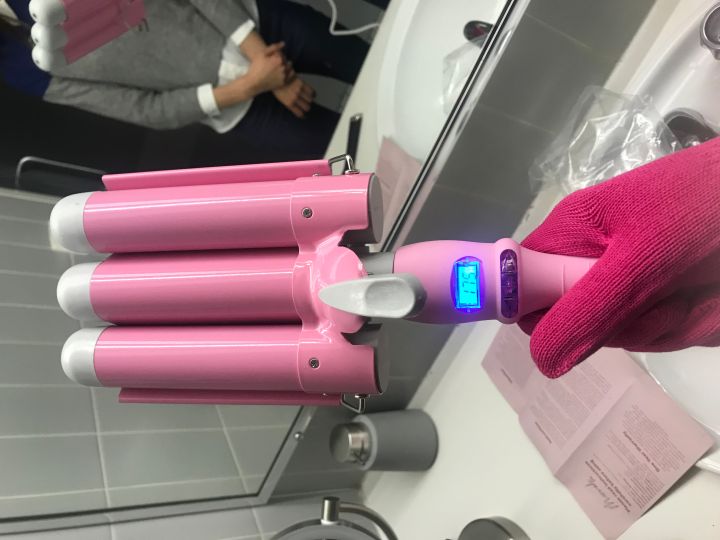 Terrifying, right? It’s basically three curling irons joined together. Like a GIANT crimping iron. Which is how it works – you put is close up to your roots, clamp, wait ten seconds and release. Then you go down to the next section.

The results are meant to be this: 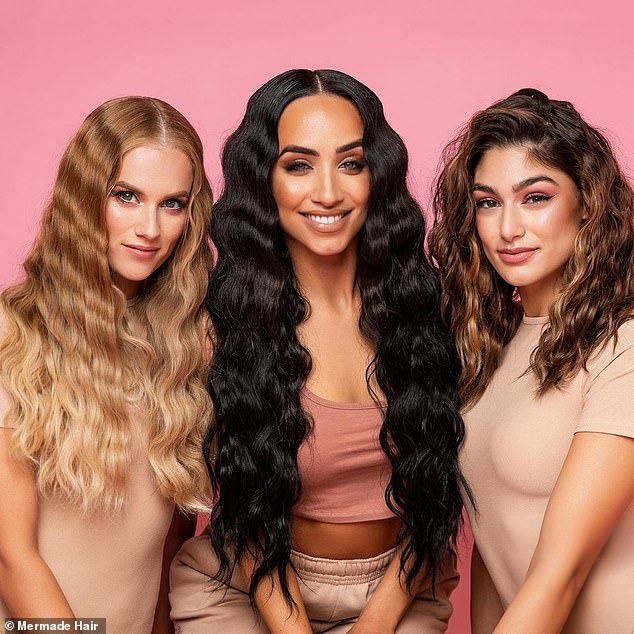 I made sure all the people I corralled into this had different hair types – long, short, fine, thick, and bleached. Because there’s no point reviewing something and doing it on one type of hair, right?

Queenie’s hair is extremely long, thick and highlighted. But while the highlighted sections will naturally hold curl more (because they’re extremely dead lol) underneath, her hair is “virgin” – as in, it hasn’t been coloured and therefore is notoriously the hardest to hold curl. 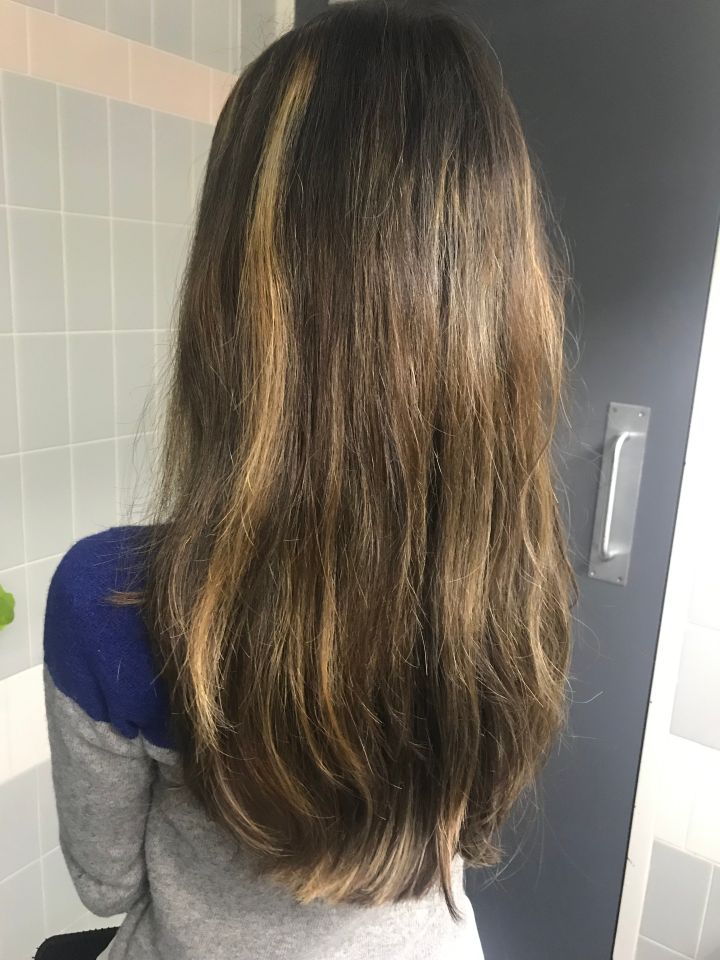 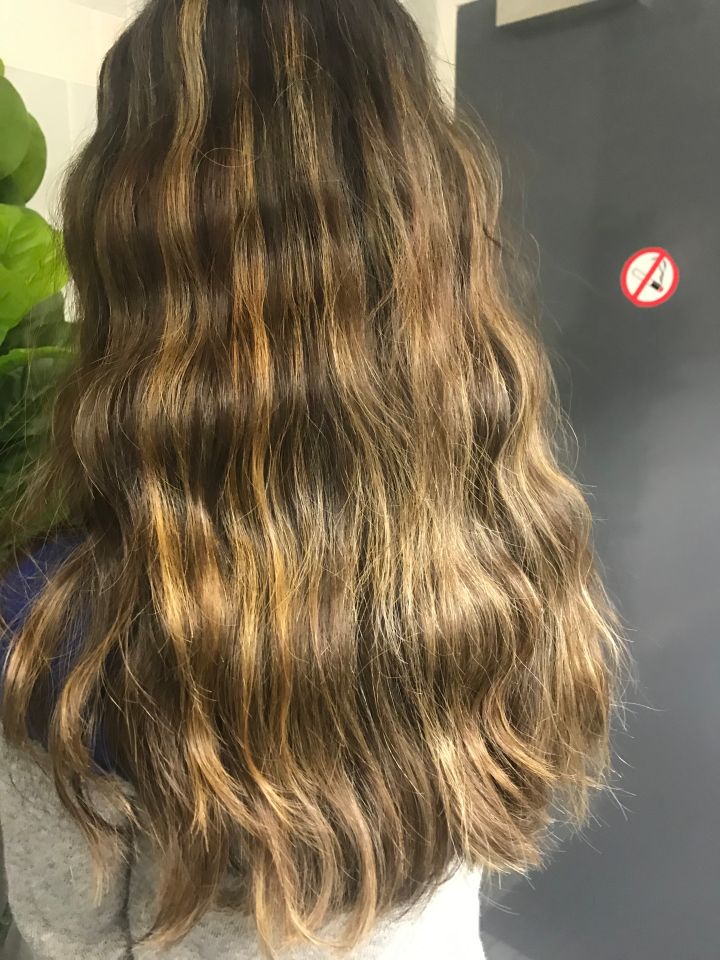 You can see the dyed parts held the wave the best, but what surprised me was in general, the wave held quite well. This is all without product, by the way – no hairspray or other styling stuff.

Mel’s hair is shoulder length and dyed brown. Here’s before. 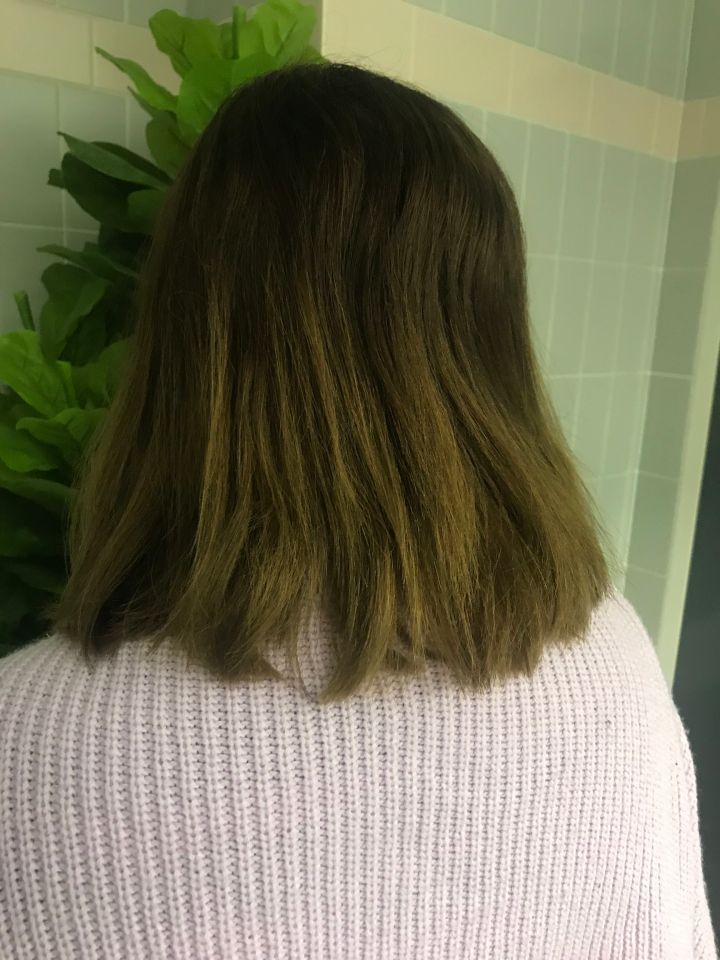 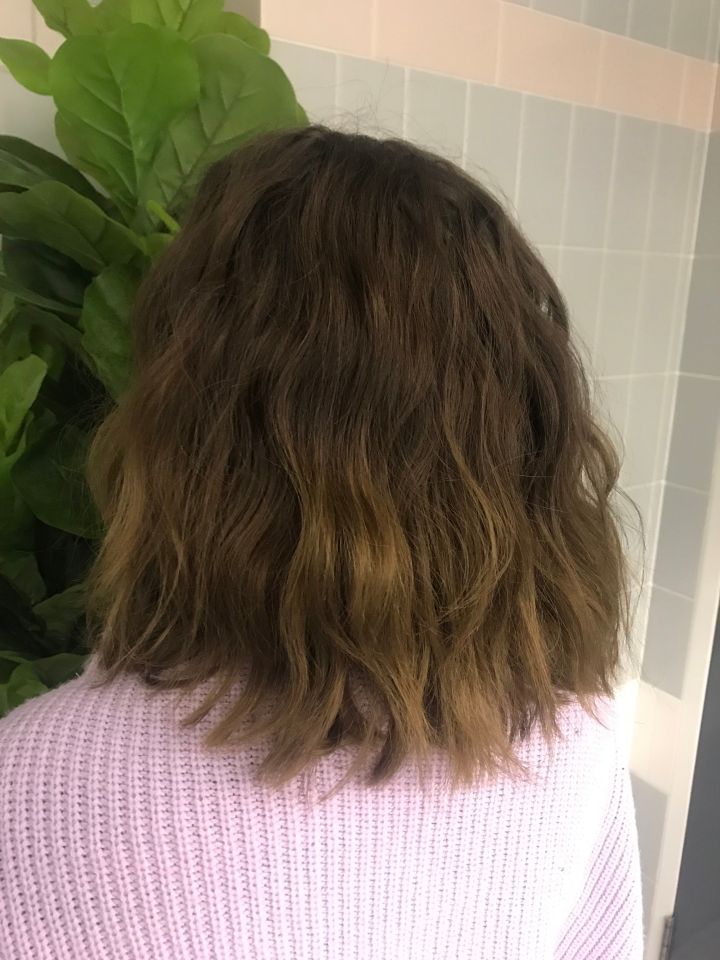 I’m OBSESSED with this finish. It’s so naturally wavy! The only part that was a little difficult was Mel’s front cowlick – it’s slightly shorter than the rest of her hair and took a bit more work to get the natural look.

Aaron was a great addition to the gang, because he’s never coloured or heat-treated his hair. Here’s before: 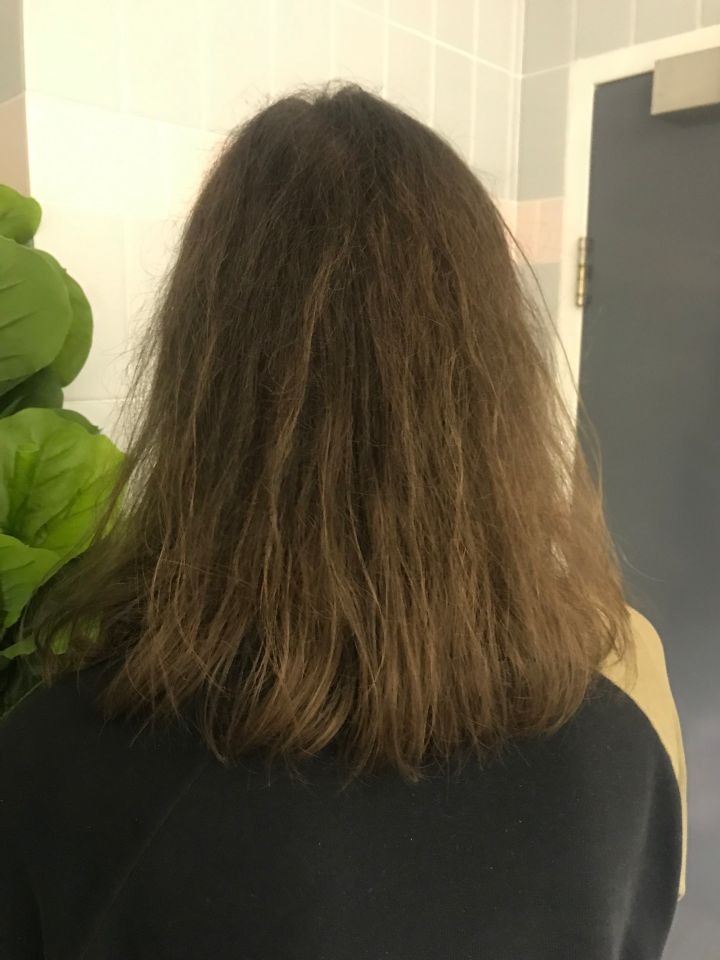 And after – pretty impressive to me. 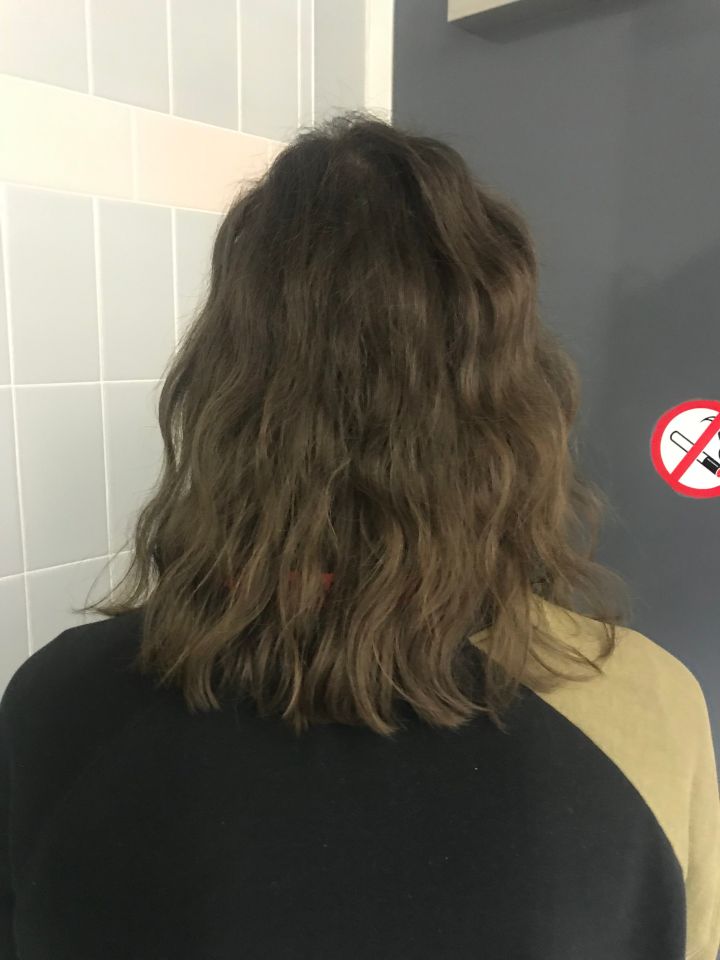 Here’s the front – as you can see the finer front bits of people’s hair have been harder to get the natural “finish” with. 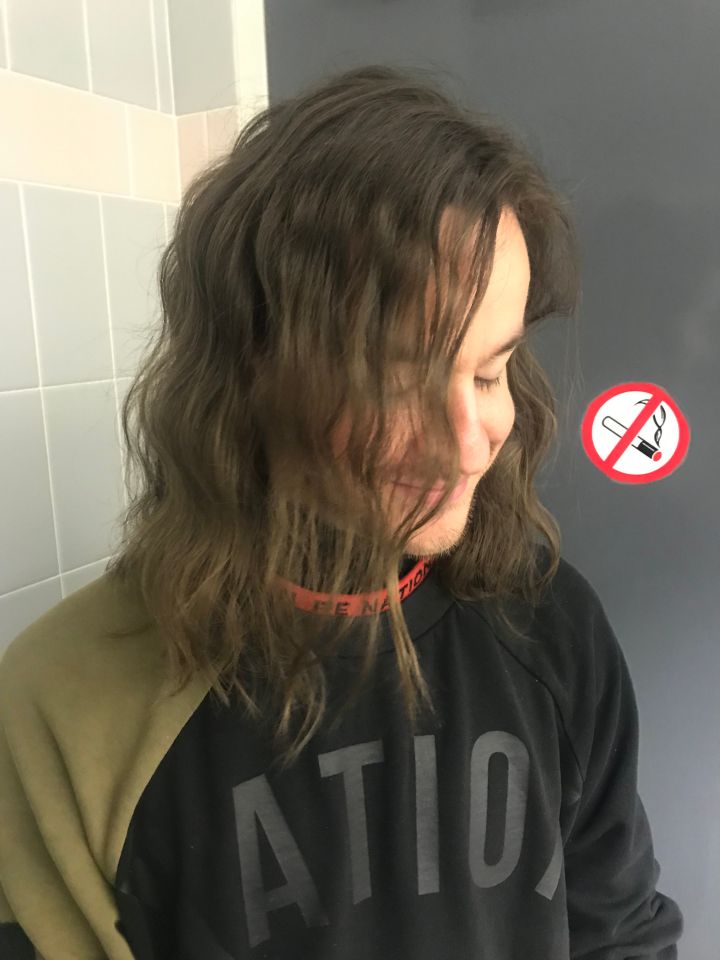 Sam’s hair is self-described as “completely dead from bleach”. She told me she’s been colouring it blonde since she was a teenager, so it was naturally going to hold the wave the best. 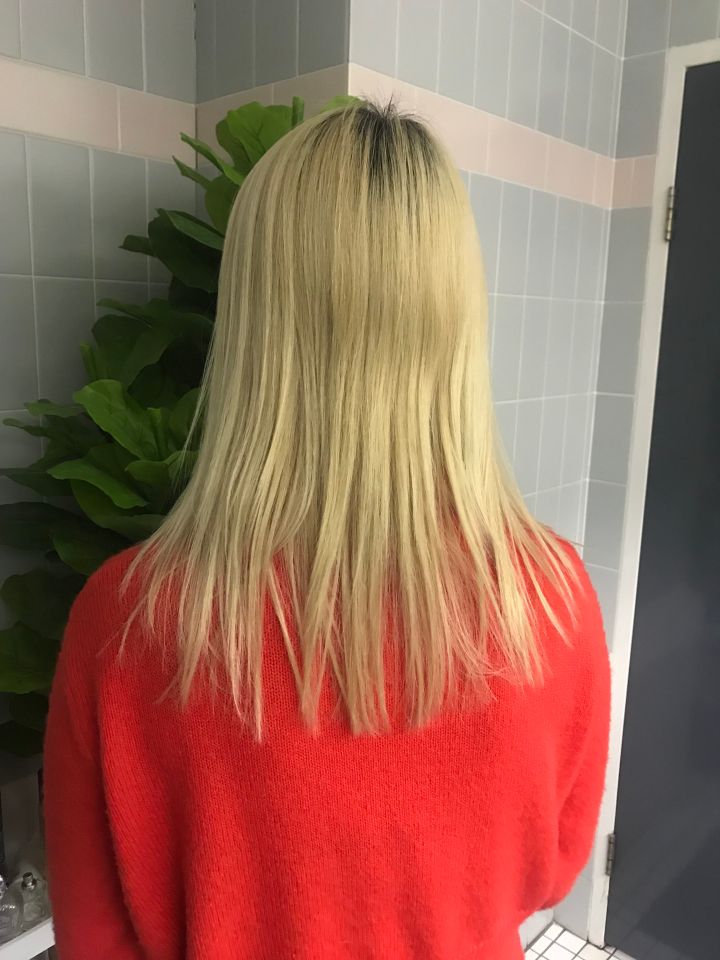 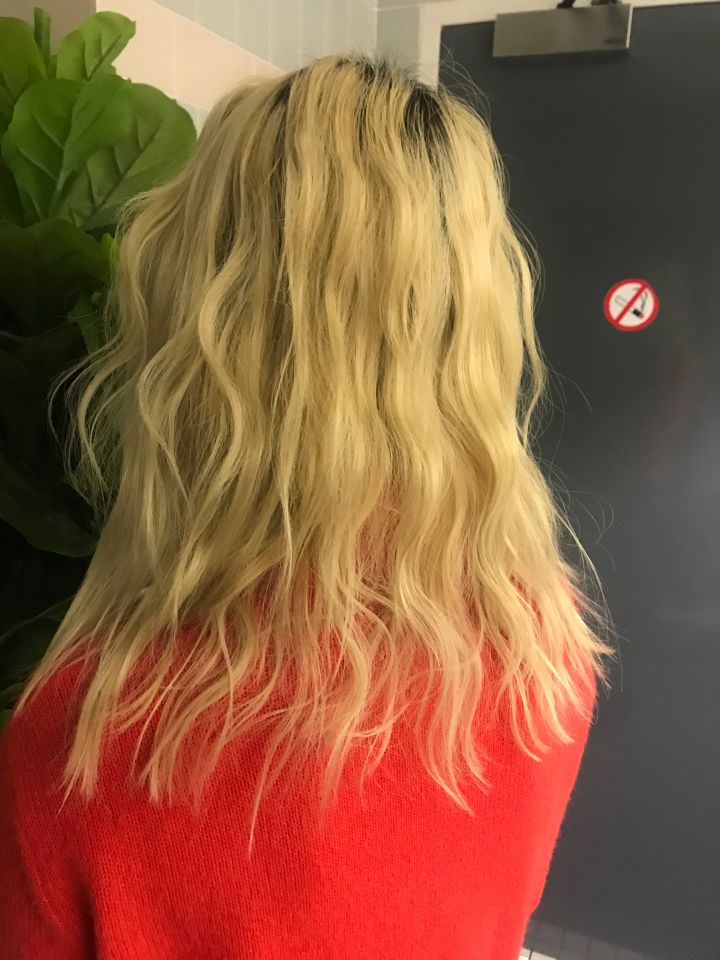 The finished results from the Mermade Hair Waver are AMAZING on Sam, but it was actually the hardest hair to get right – when we clamped too hard near the roots, there was an obvious dent left by the heat tool. So if your hair is bleached, go lighter/for less time on the root area to avoid that.

I do think to keep the waves in anything but bleached hair, you’ll also need to set it with a bit of hairspray or even texture spray, if you want more of a messed up vibe. But hey – them’s the brakes with all heat styles, really.

If you want one, the Mermade Hair Waver is $89 and you can cop it here.