It’s a new year, which we all know is synonymous with a ~new you~. A fitter you, a faster you, a stronger you, a healthier you. A you who makes great choices. And if there’s a better way to accomplish those #fitspogoals than with your squad of besties, we don’t know about it. That’s why PEDESTRIAN.TV has teamed up with Nike for this year’s NTC Tour, a five-hour day of fitness that promises to be as intense as running a marathon. Today, we introduce Nike’s NTC Trainer, Phoebe Di Tommaso, who’ll be whipping you and your squad into shape. Register your #NTCSquadGoals HERE.

Before becoming a Nike Trainer, Phoebe’s life was still very much ~fitness focused~. A former elite figure skater, Phoebe says that when she stopped training for the sport, her training “evolved” from being specific to figure skating to “goals based more around general health and wellbeing” and she became “more focused on being the everyday athlete”. 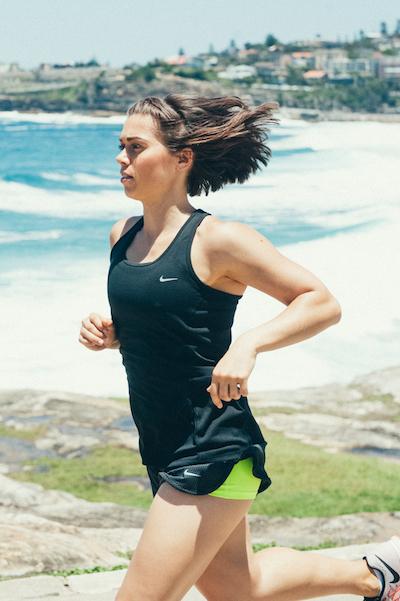 We spoke to Phoebe about training and staying motivated, in order to best prepare ourselves for this year’s challenge.

When asked what the most important exercise someone who’s just starting a new fitness routine could get into, in order to improve their health and fitness, Phoebe exclaimed “ANYTHING!”

“Move one a day is my go-to [goal],” she shared, noting that you can start off pretty lowkey and then step it up a notch. 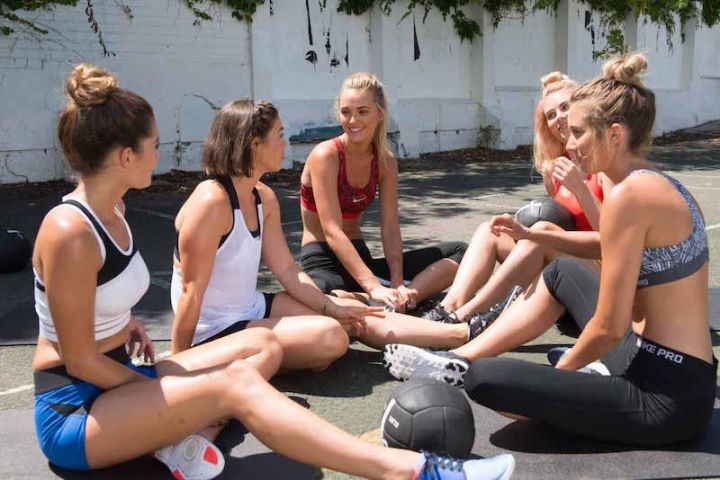 For keeping the motivation going, Phoebe’s advice was to choose exercise that you enjoy, and to set clear goals, rewarding yourself when you reach them.

“Even if you start with ‘exercise four times a week’ that’s a starting point. Make sure you reward yourself along the way, things like massages, new training shoes, new training tights are always a perfect motivator.”

Describing the NTC Tour as “the biggest endorphin rush EVER,” Phoebe says that she’s “excited to watch the girls’ journey” as they train for the big day, because “the whole experience last year was amazing.”

We’ll be covering the whole NTC Tour this year, so stay tuned for more features and excitement leading up to the event. If you and your squad haven’t signed up yet, you can register HERE.