Aside from making everyone who watches it who identifies as female feel like the baddest bitch of all time, Ariana Grande‘s ‘God Is A Woman‘ video clip is also just an extremely good time for anyone who enjoys swirly colours doing swirly things.

Basically, Ari floats around in what I think is meant to be a galaxy much like the Milky Way, except it’s paint or something. Whatever, it’s basically like when you would put paint in a bowl in school and then dip balloons into it. You know? Here: 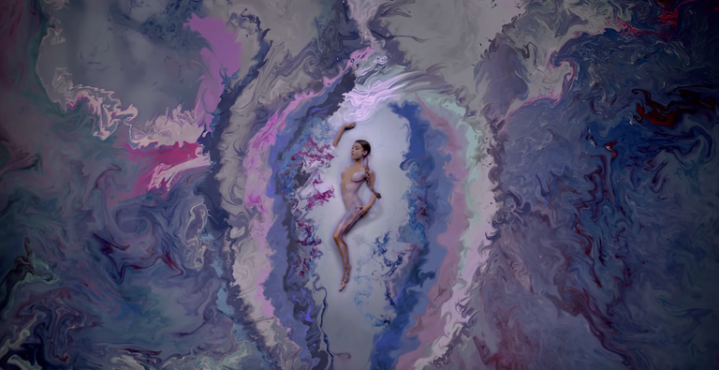 Anyway, some brilliant human realised the hype around that scene would make for a perfect Lush bath bomb. They tagged the brand on Twitter, and the brand responded:

Then Ariana got involved and lost her shit:

omg @lushcosmetics i’ll do anything

So naturally, things got underway.

I had a fun day working on a prototype for @arianagrande of a #godisawoman #bathbomb in the #lushlabs today. Still needs work, version 2 tomorrow ????????

!!!! GUYS! Lush_Jack is a Product Inventor and Chief Digital Officer for the brand. This is LEGIT.

Leftovers in the sink were bubbling and fizzing all the right colours today ???? #godisawoman #bathbomb #lushlabs @arianagrande

Obviously given he’s only on version 2, we shouldn’t expect this bath delight to hit stores for a while. But hopefully they can turn shit around in record time, because I for one *need* to be bathing like a Lord in a lilac/blue galaxy so I can pretend I’m the queen of the universe, OK?