Designers Melanie Kamsler and Tamila Purvis of jewellery brand ManiaMania tapped gap-toothed superstar Lindsey Wixson as the face of their Autumn/Winter 2014 campaign. For the new collection “Solstice” the designers drew inspiration from the ancient Midsummer Eve ritual of the summer solstice, secular mythology celebrating feminine power, and the Welsh Witch herself, Stevie Nicks, who played muse to Kamsler and Purvis when they conceived the campaign imagery.

We had a quick chat to the designers about casting the right model, what inspired the new campaign and the key looks from the new collection. “Solstice” is available in stores and online now at www.themaniamania.com.

You seem to have a preoccupation with witchy women from the ’70s when it comes to finding inspiration. Where did that come from? What can I say…we both just connect to that era, the aesthetic and feeling. 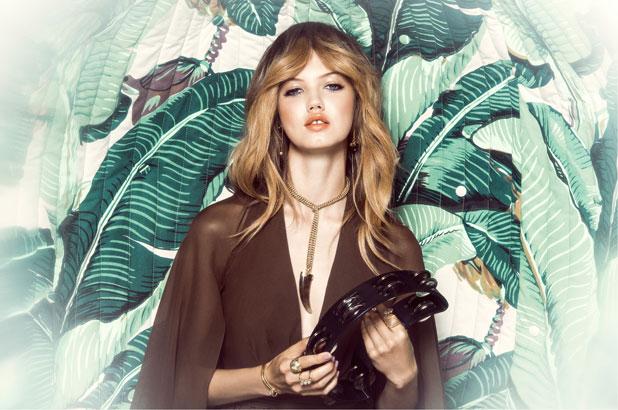 You were inspired by Stevie Nicks for this collection. Does music tend to crossover a lot with your design process and inspiration? Yes it’s usually pretty intertwined with each collection, equally with visual inspiration.

Tell us a little bit about your favourite pieces and trends in the ‘Solstice’ collection? We have introduced a new stone this season – Rose Quartz – which is quite light and feminine for us, but we have balanced that quality with the toughness of the metal forms that encase them. My [Mel’s] favourite pieces at the moment are the Pagan necklace, Serpentine knuckle ring and Solstice earrings. We’ve included a few knuckle rings this season which are also great to wear on the pinky finger if you are looking for something really delicate. We’ve used Pyramid shaped stones which is also new for us and we loved the effect, it’s such a powerful form and we’ve made some statement chain neckpieces to showcase them.

Lindsey Wixson looks amazing in your new campaign. How did you go about selecting her as the face of ‘Solstice’ and how did you end up locking her in? She’s been someone we’ve been wanting to shoot for while, (she’s pretty unbelievable looking!) and for this campaign it was about capturing a kind of supernatural feminine quality and that’s exactly how we see her. 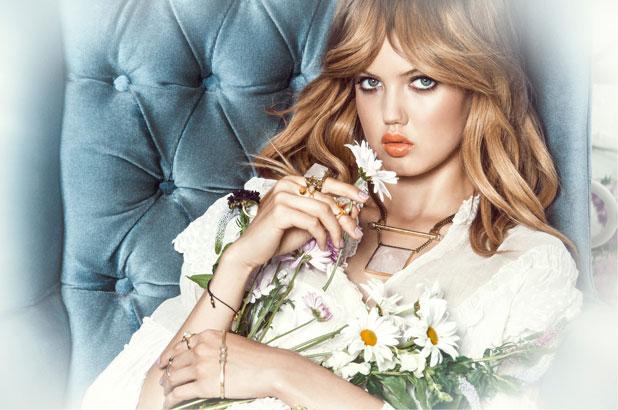 You’ve had such an interesting mix of models and photographers for your campaigns. How do you choose the right girl/photographer for each collection? With the model it’s usually someone who embodies our muse for the collection, who brings it all to life and takes a form that makes it all make sense. They’re always girls who like the jewellery and would wear it themselves. Other qualities are sometimes involved, for example with Jamie Bochert we chose her because she was also a musician and the ‘Performance’ collection was about just that, which gave it another authentic element.

[When it comes to] photographers, we like to work with people that we have a common style or understanding with and that means usually working with someone who’s style we love and where we know we share an aesthetic from the past working together – such as David Mandelberg. We’ve worked with him many times since we were at Russh magazine several years ago. Or in other cases we’ve just always admired their work, and feel that their light and eye would really suit a particular project, so we get in touch with them to collaborate. 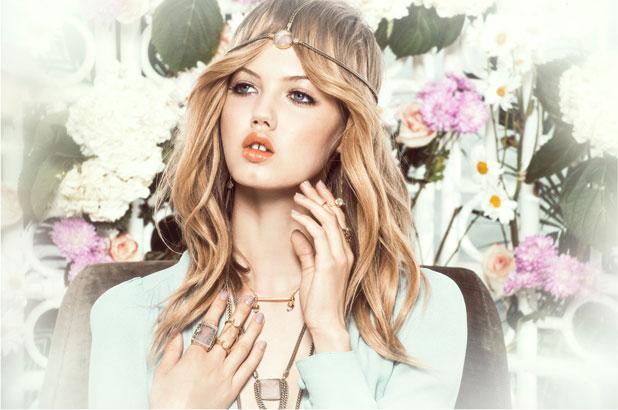