The chicest way to champion social justice is in ruffled Chanel Couture.

The clothes for the Spring 2013 couture show – much like its notable admirers in the front row, Diane Kruger, Anna Mouglalis and Claire Boucher (aka Grimes) – were effusively pretty. Shimmering white tweeds, romantic lace stockings, weightless-seeming chiffon, sequin-coated monochrome looks and, yep, feathers for days came together in a collection worthy of comment. However, the most comment-worthy statement of the collection was political, not sartorial.

Models Kati Nescher and Ashleigh Good closed the show hand-in-hand as lesbian brides, Lagerfeld’s acknowledgement of the civic unrest in France over French president Francois Hollande’s proposal to legalise same-sex marriage, which has been met with both protest rallies and demonstrations of support.

Australian models, Julia Nobis and upcoming couture star Jemma Baines (main image) were among the girls to walk the show. 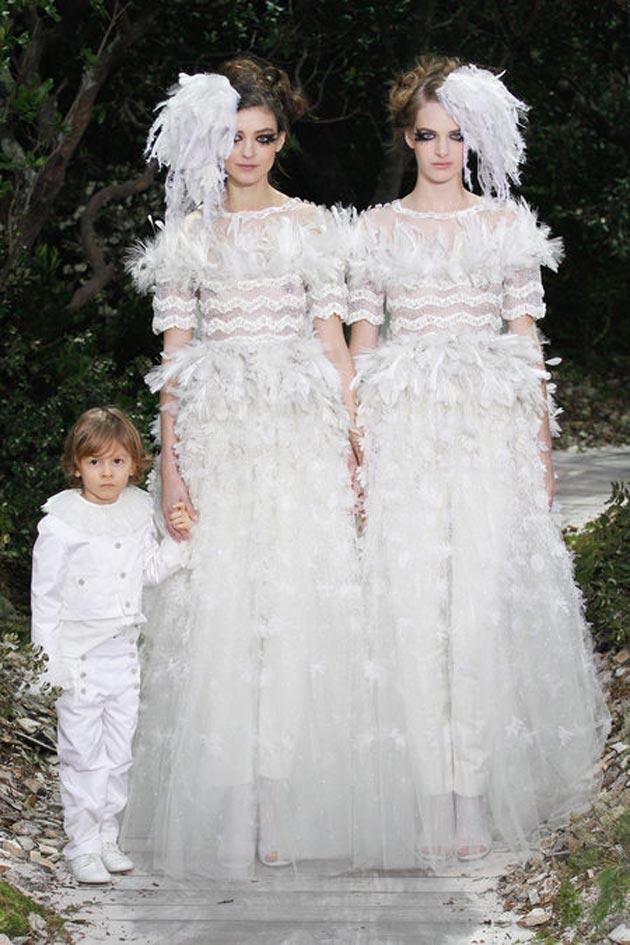 Photo by Marcus Tondo, InDigital Team for GoRunway via Style.com