Lady Gaga has blessed us with an iconic Chromatica merch line, featuring undies and g-bangers perfect for your post-iso romper sesh. *Proceeds to throw all my coins at Gaga*

The new official store offers an eclectic array of bright-pink Chromatica-related merch, from tees and sweats to stickers and cassettes. The whole damn thing. All items come with the digital album – in a marketing ploy adopted by many artists nowadays, to boost sales and secure that bag – which means that all purchases will be shipped in 4-5 weeks, once Chromatica is released.

Let’s peep some highlights from the Gaga inventory, shall we? 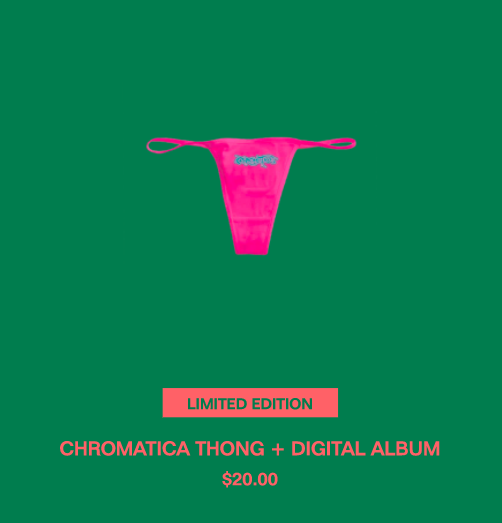 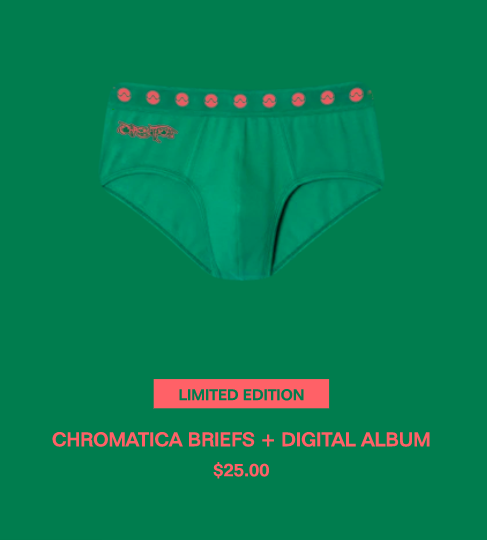 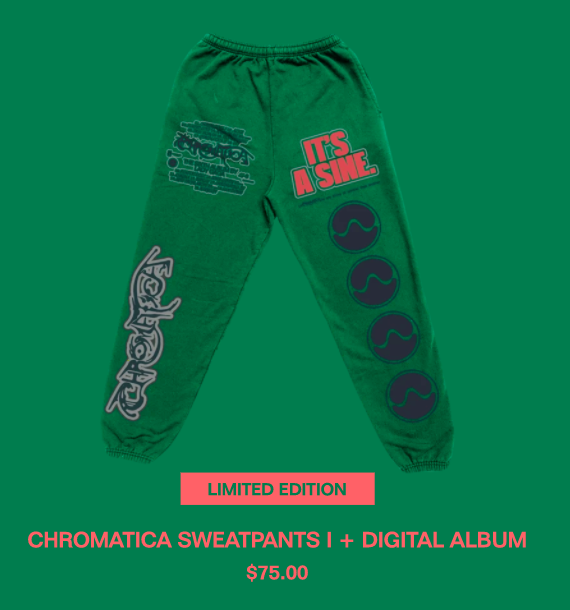 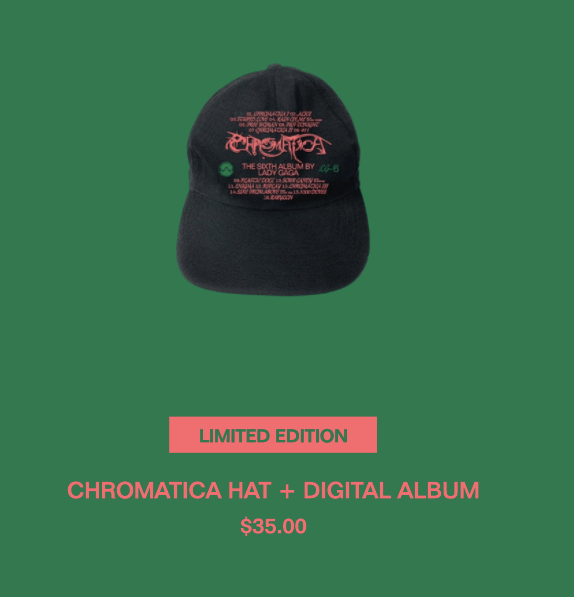 Gaga stans took to Twitter to gag over the new items for our nether regions, which absolutely appeal to queers, femmes and queens. (We love to see it.)

lady gaga is really selling briefs and thongs along with the album lmao. we stan a business woman. pic.twitter.com/7lpdVv5hU9

Chromatica, which was originally slated for a April 10th drop, will now be released May 29th.

Anyway, this will be me in 4-5 weeks. Stream ‘Stupid Love’ for clear skin.