The Kardashian–Jenners cop hate from the world at large on a fairly regular basis – just weeks ago, portions of the internet were seemingly overjoyed that Kim K was held at gunpoint and had her life threatened – but the beauty of them is that they can generally give as good as they get.

The dynamic duo of Kendall and Kylie Jenner are as good as anyone at the subtle art of returning shade. Case in point: Kendall’s appearance at the opening event of the new What Goes Around Comes Around store in Beverly Hills this week.

The 20-year-old wore a distressed Slayer tee and black velvet pants, accessorised with a gold chain belt and patent leather boots. Although ’80s metal shirts are having a -moment- right now, the significance of this one ran a little deeper. 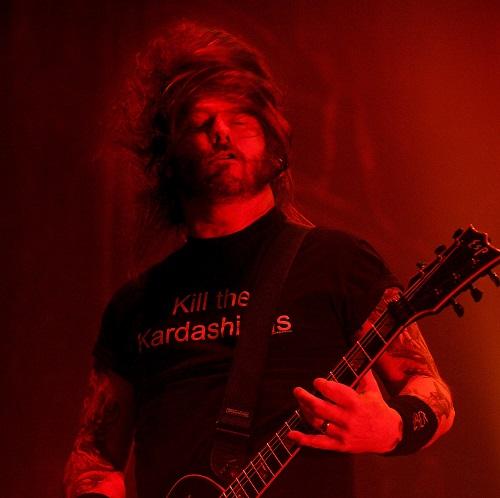 Slayer’s own guitarist Gary Holt is fond of taking to the stage in a ‘Kill The Kardashians‘ shirt, and Kendall has almost definitely clocked this at some point.

The chances that her fashion choice is a subtle, insouciant ‘fuck you’ to the band are about 1000%. Kendall’s shirt game has always been fairly strong, although this one takes it to the next level.

if you don’t know, now you know