On the one hand, kids wearing designer clothing worth more than a month’s rent is ridiculous.

They’re kids. They don’t give a damn what they’re wearing, so long as it allows them the freedom to do kid stuff like rolling around on the floor eating dirt.

Little ballerinas! I can’t believe they were this small! Time flies

But on the other hand… little kids wearing dumb expensive outfits is… so freaking cute.

Knowing this, an elite primary school in Tokyo has introduced an optional Armani uniform.

As Time reports, Tamei Elementary School is expected to make Armani uniforms available this April, and they will cost parents about 80,000 yen or around AUD$936 apiece. 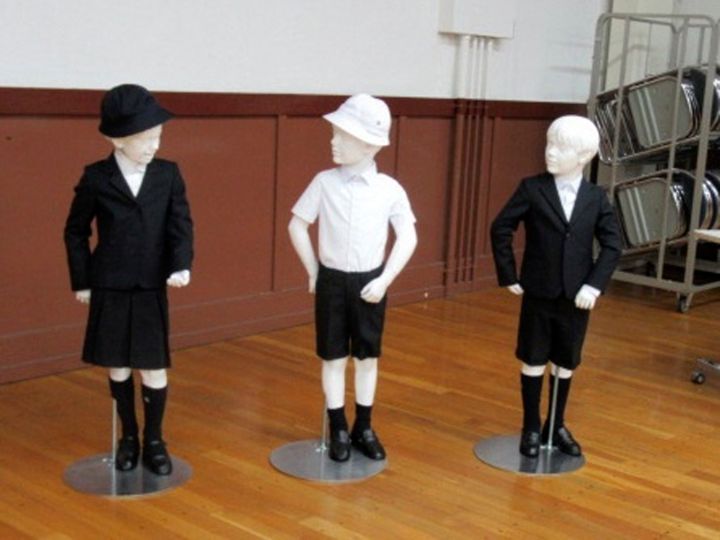 The uniform includes a navy-blue jacket, a long-sleeve shirt, matching pants or skirt, and a hat.

The school’s principal, Toshitsugu Wada, told a news conference Friday that the top fashion brand would fit Taimei’s identity as “a school of Ginza.”

Ginza is, of course, one of the wealthiest regions in Tokyo, renowned as the largest high end shopping district in Japan. He said he chose Armani because its boutique is near the school.

He acknowledged the new uniform would cost more, but considered it worth it. He said his decision is unchanged despite the criticism.

“I thought Taimei can use the power of the foreign fashion brand for its identity,” he said.

The pricey outfit is recommended but not required. But we doubt parents in the affluent Ginza region would allow their spawn to rock up to school without it.

Keeping Up with the Nakamuras, etc.