Is A Brisbane Sparky Sole Sponsor Of A Prominent Neo-Nazi Website?

Buckle up, kids – this is a wild one.

So the Brisbane Times reported earlier today that a Queensland electrician appears to be the only corporate sponsor of the Daily Stormer, a super full-on American neo-Nazi (or “alt-right”) website. 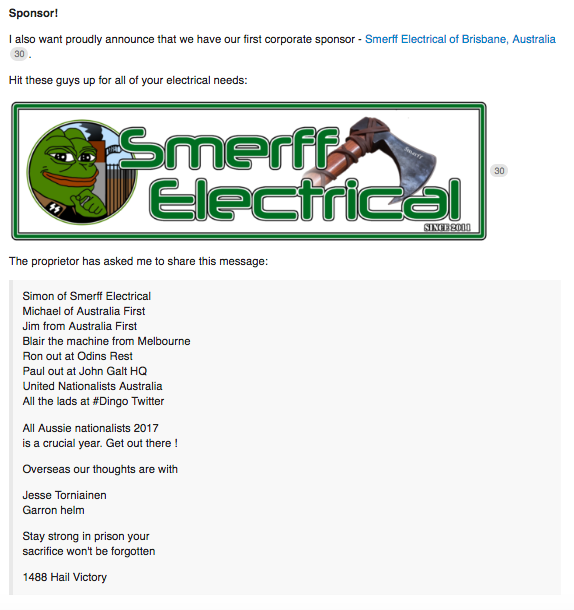 The Daily Stormer sure does list Smerff Electrical, a business apparently owned and run by a man called Simon John Hickey, as its first and only sponsor. And Smerff Electrical’s website is profoundly fucking weird – like, Pepe the frog in a Nazi uniform in front of Auschwitz as a logo weird.

It was first flagged on Reddit‘s r/Brisbane nearly two weeks ago, but the general consensus then seemed to be that it was a hoax – maybe someone with a serious vendetta against this guy, thoroughly jacking his online presence. But after doing some research… we are not so sure. 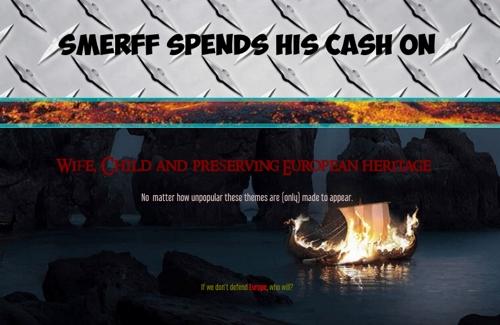 It’s true that Smerff Electrical’s website did not look the way it does until early February, but Hickey has been posting deeply discomfiting links on the Smerff Electrical Facebook page since at least May 2016. To further confuse things, there’s also a non-racist version of that Facebook page here, which hasn’t posted since April 2015, though it does have one comment from a very unimpressed customer, left in January this year (and disputed by a bloke who’s wearing an SS uniform in his profile picture).

Then there’s the fact that the domain itself is registered to an entity called “Ninja Assasin [sic] Squad Bravo“, whose IP address is in Arizona, and has been since 2015, long before this neo-Nazi transformation took place. 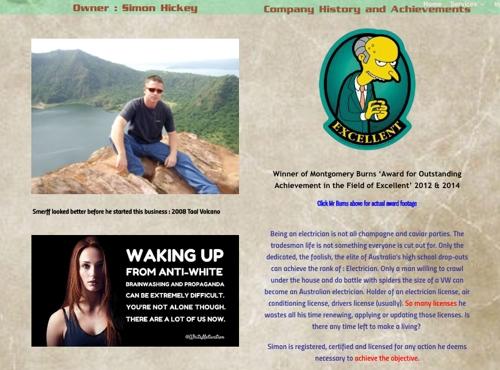 So there appears to be two main schools of thought here: one, that this is a very (very) long con – which would require a registered, qualified and licensed electrical technician (which Hickey is) to set up a (possibly fake) business specifically to troll the “Lame Stream Media Fake News” (as called it in a statement to Fairfax Media); or two, that this bloke has snapped.

(Particularly considering that when PEDESTRIAN.TV called the number listed on his site, the man who answered confirmed that he was Hickey, said that he didn’t appreciate being called because he was “pretty busy“, and then told us to send him an email and hung up.)

My money is on the second option, particularly considering this passage from the unnerving origin story on his website:

“Employment on a Brisbane construction site is not what one would expect. The PPE safety inspectors roam the site, hawking for anybody who carries a sharp instrument, who’s not hearing his bright pink vest or perhaps taken off his helmet while he is dropping a steamer.

This Brisbane electrician was finally busted for not wearing his fluffy velvet mittens. The horror! It was like a new holocaust all over again. The faggot PPE safety inspector was shocked. He ran and told his mum who promptly rushed him to a ‘safe space’.

According to the Brisbane Times, the Electrical Safety Office has had a number of dealings with Smerff Electrical and another business run by Hickey, Air Conditioner Expert, including when they reprimanded him for a sexist Gumtree ad. That in itself points to some fairly consistent alt-right beliefs, especially paired with at least one alarming post to Facebook about how blokes should never have “let” women vote. 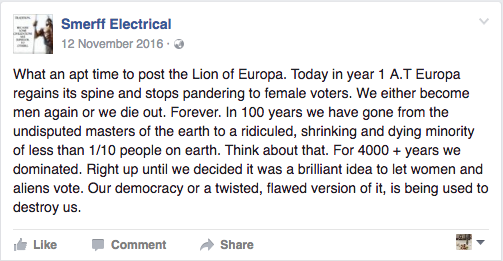 My theory? I think Hickey got busted for being a bit of a shit one too many times, and this last piece of perceived injustice was all it took to push an already radical right-leaning bloke over the edge and into the deep end of bruised white masculinity.

Check out his full statement to Fairfax at the end of the article here.