A DNA analysis of Australian Aboriginal populations published today confirms that modern Aboriginal Australians are descended from a single founding population who arrived on the continent approximately 50,000 years ago, and also reveals that genetic variation can be linked to specific geographical areas.

The journal Nature ran the study, named Aboriginal mitogenomes reveal 50,000 years of regionalism in Australia, and is based on DNA from hair samples taken from Aboriginal people between 1928 and the 1970s.

The study shows that Aboriginal people arrived as a single group around 50,000 years ago, but then separated around the east and west coasts, before meeting again in southern Australia around 2,000 years later – which, when you think about it, is absolutely incredible.

We can see a very pronounced and distinct pattern of genetic types around Australia that clearly says Aboriginal people haven’t moved [from those areas]. Australia turns out to be unlike anywhere else in the world in terms of having long genetic histories across the landscape.

Earlier studies showed that Aboriginal people living in desert conditions may have developed unique biological advantages to aid their survival in the harsh climate – the kind of adaptations which strengthen one’s connection to the land. 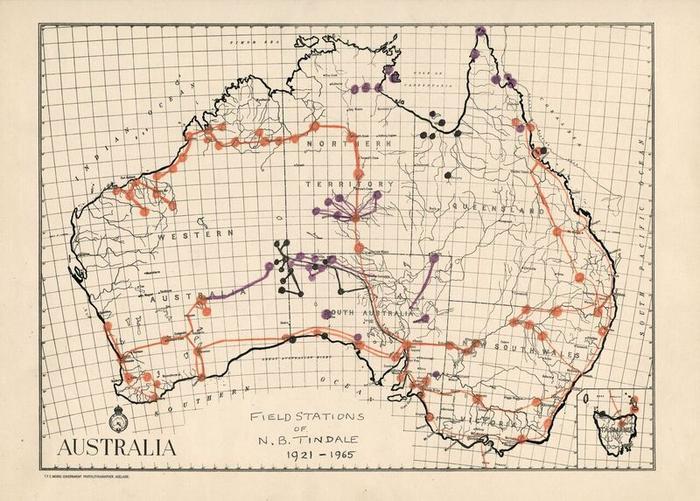 Professor Cooper describes how the new study makes this situation much clearer:

If you are 50,000 years in the desert, or tropics, or Tasmania then presumably you are going to undergo selective changes in a way that no other human population did in the world. This is where the importance of the metaphysical connection between Aboriginal people and their country has come from.

They have been on that land for so damn long and been through major environmental upheavals … so their survival is inextricably linked to being in their country because it is only there that they know how to survive these climate extremes.

The testing for this research project began in 2016, and it was a highly sensitive undertaking – given the conditions under which these hair samples were collected, and the fact that many Indigenous people were not aware that their ancestors’ hair was being held for research.

This meant that consent had to be sought from living descendants, who also provided their perspectives for the final published work.

Kuarna elder Lewis O’Brien provided his hair for the project, and was on the advisory board. He sees it as proving much of what Aboriginal people already knew culturally.

“Aboriginal people have always known that we have been on our land since the start of our time, but it is important to have science show that to the rest of the world,” he said.

“This is an exciting project and we hope it will help assist those of our people from the Stolen Generation and others to reunite with their families.”