We all know what it’s like to have a shitty, messy housemate. In my case, I know it insanely intimately because I am the shitty, messy housemate – a fact for which I make zero apologies. My messes are baffling in their complexity and forwardness. It’s not just dirty plates in the sink: I go the route of mysterious cardboard boxes left haphazardly around the house.

Hollywood-based comedian Justin Cousson came up with a strategy for dealing with a messy housemate which I would probably find funny, but would absolutely not stop me from being a general nuisance. Nothing can stop that.

He created a ‘passive-aggressive art gallery’ labelling and pricing every single one of his roommate’s messy indiscretions, which is a lot of effort when you can just yell “CLEAN YOUR FUCKIN’ MESS MATE!” down a hallway:

My passive-aggressive art gallery is thriving, although some critics don’t care for my emphasis on found pieces. pic.twitter.com/qp9hJ651tW 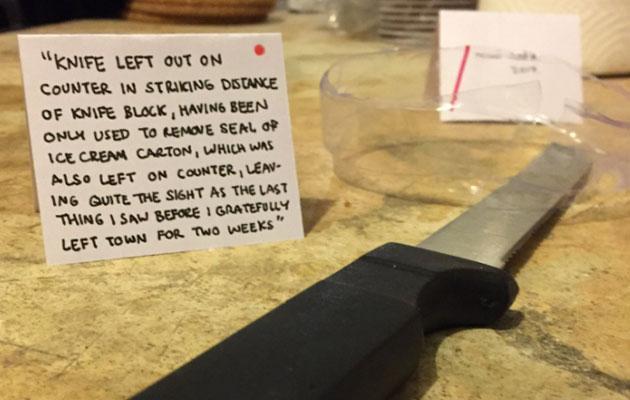 Do the dishes, mate.