After first drawing attention to the Time’s Up and #MeToo movements at the Golden Globes last year by wearing all-black, celebrities this year illuminated the issue of workplace sexual harassment with brand new accessories: black and white ‘Time’s Upx2’ ribbons and bracelets, designed by Arianne Phillips. Yep, that’s what you missed: socially conscious ribbons and bracelets.

The understated look can be spotted – if you look closely – on heaps and heaps of stars, all trying to do what they can to support the ongoing campaign. The ‘x2’ is a nod to Time’s Up’s second year, and their aim to double the amount of women in leadership positions.

On the first of January this year, the organisation posted a new letter, reflecting on the organisation’s first year – they wrote that 3,800 women and men from across the United States had approached Time’s Up looking for help in 2018.

“We created the fund because all people deserve to be safe at work, but safety alone is far from our end goal. It’s the bare minimum.“

On a larger scale their goal is to push for gender balance in leadership in order to help redress the power imbalances that can lead to such instances of harassment and gendered violence.

We learned a lot in 2018. First, there is safety in numbers. Second, there is strength in numbers. And finally, everything will change when we have more women, especially women of colour and women from other traditionally underrepresented groups, making decisions. Period.

That’s why, at the beginning of our second year, we’re launching TIME’S UPx2, to double the number of women in leadership and across other spaces where women are underrepresented.

One of the first bracelets to be spotted today in a Time’s Up bracelet was the host himself, Andy Samberg. 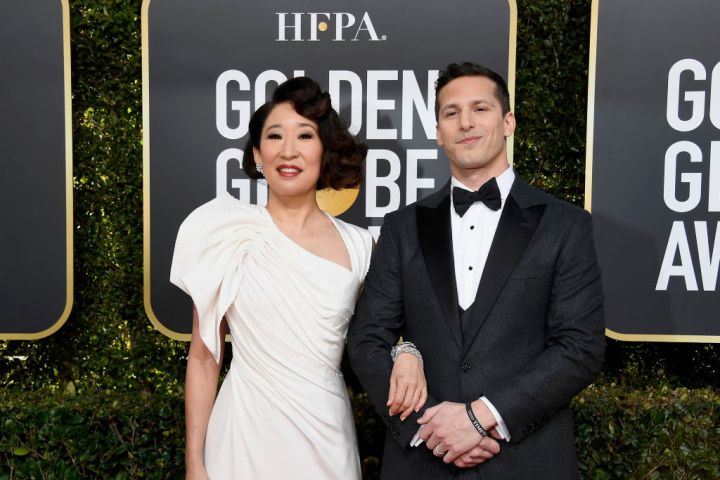 Other people who proudly wore the bracelet include Marin Hinkle, Jeannie Mai and Julianne Moore. 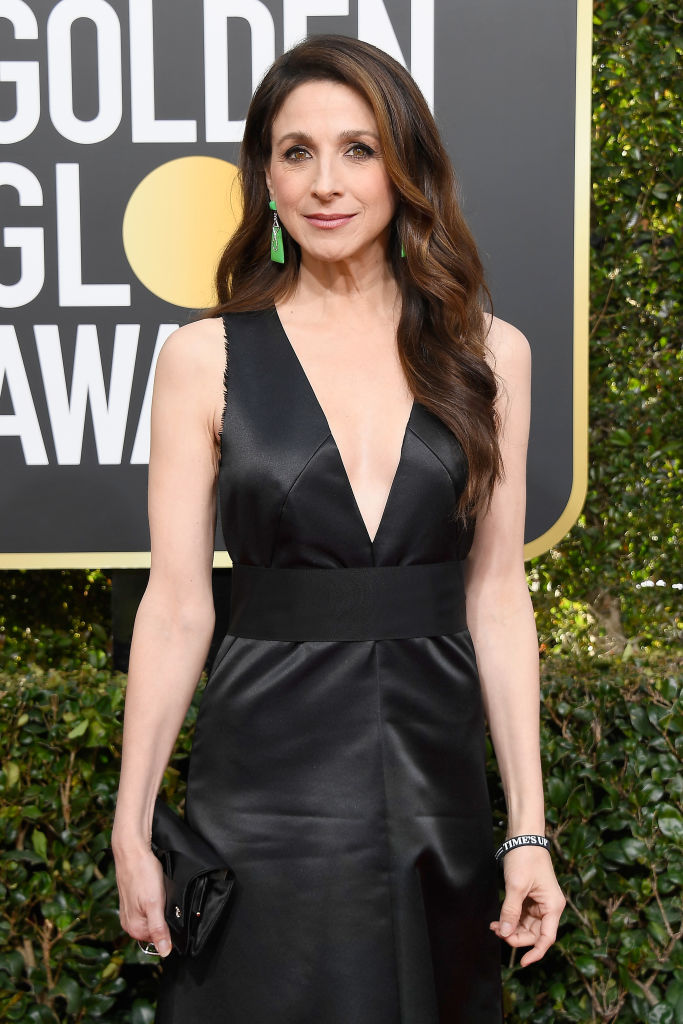 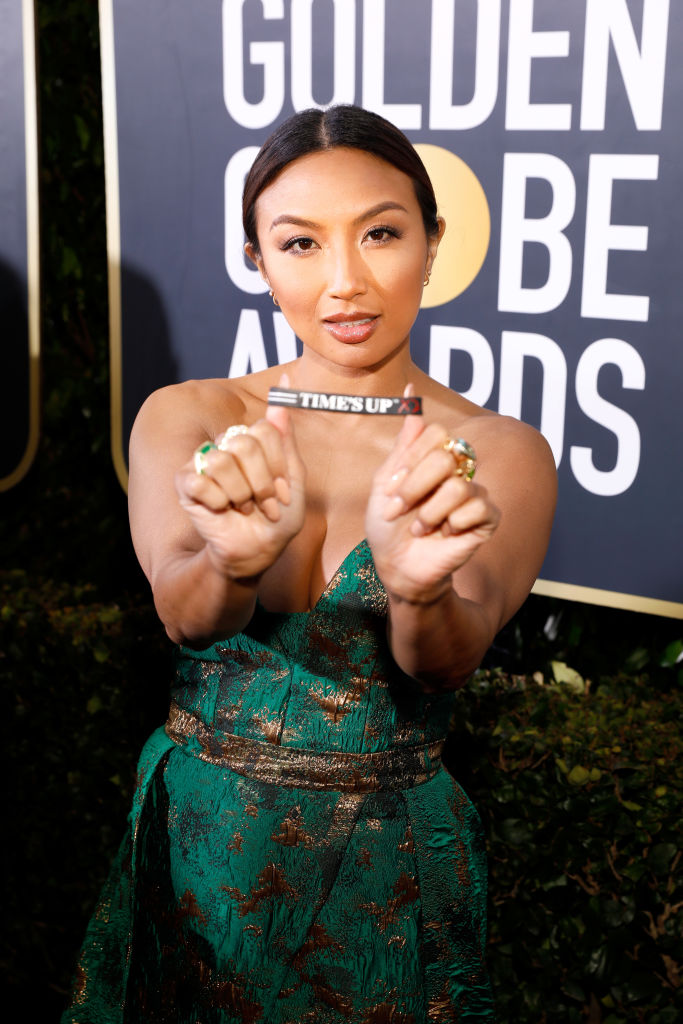 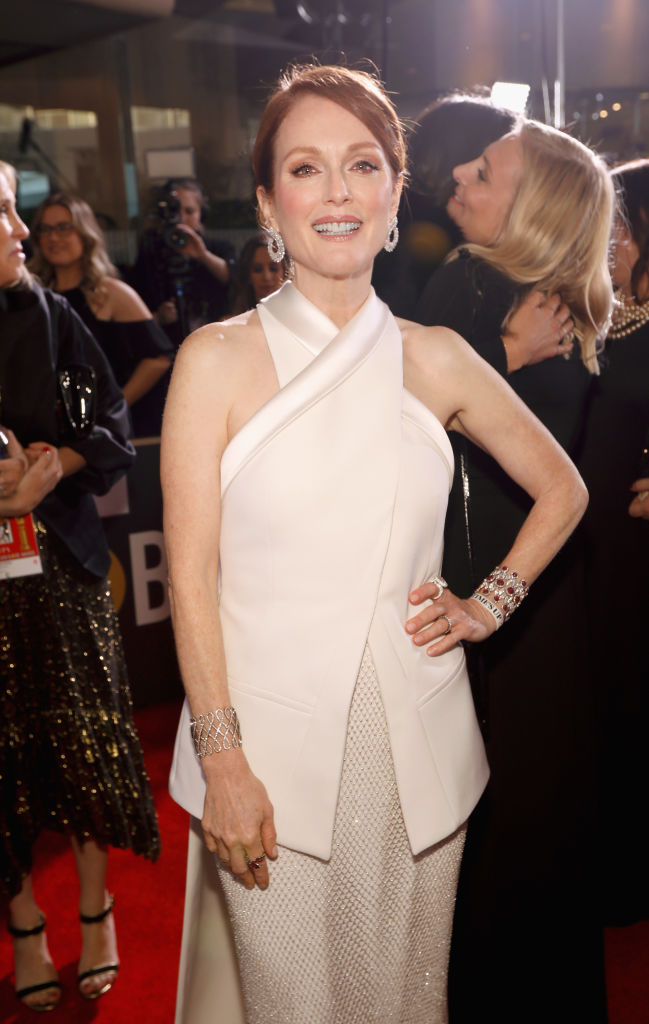 A whole bunch of women decided to incorporate the ribbons into their look by tying them to their handbags, like Lucy Liu, Anne Hathaway, Amy Poehler, Emma Stone and Laura Dern. 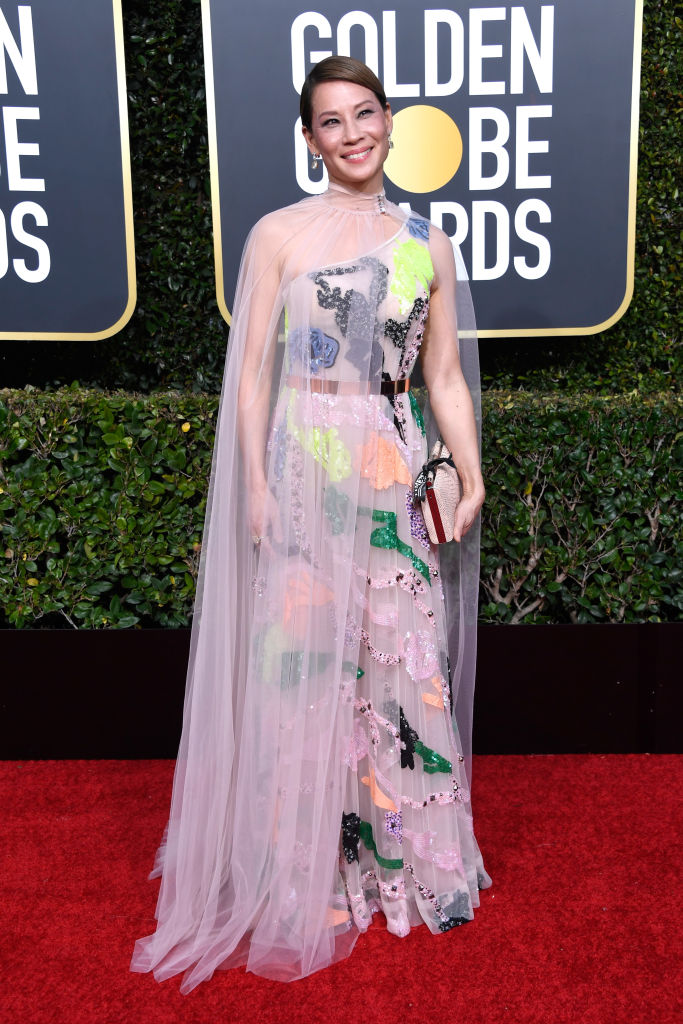 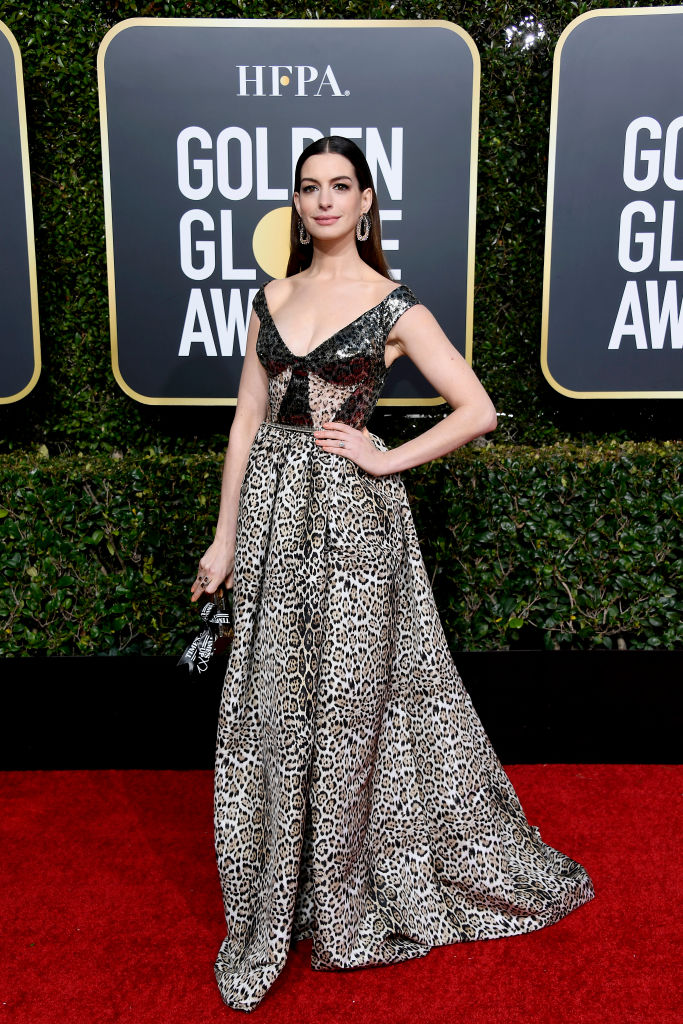 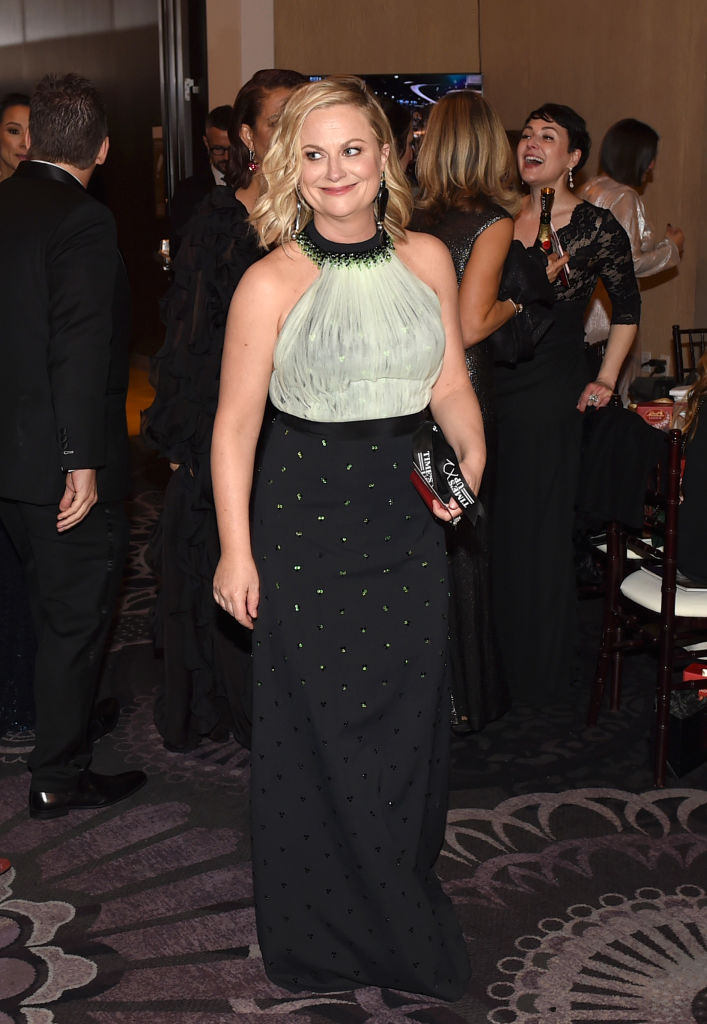 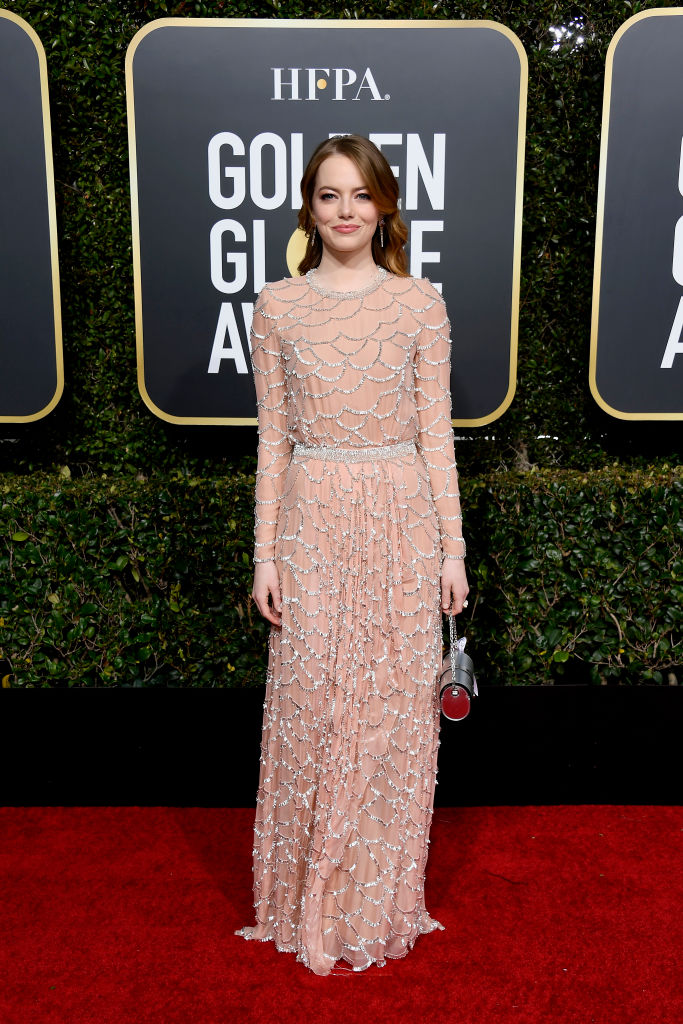 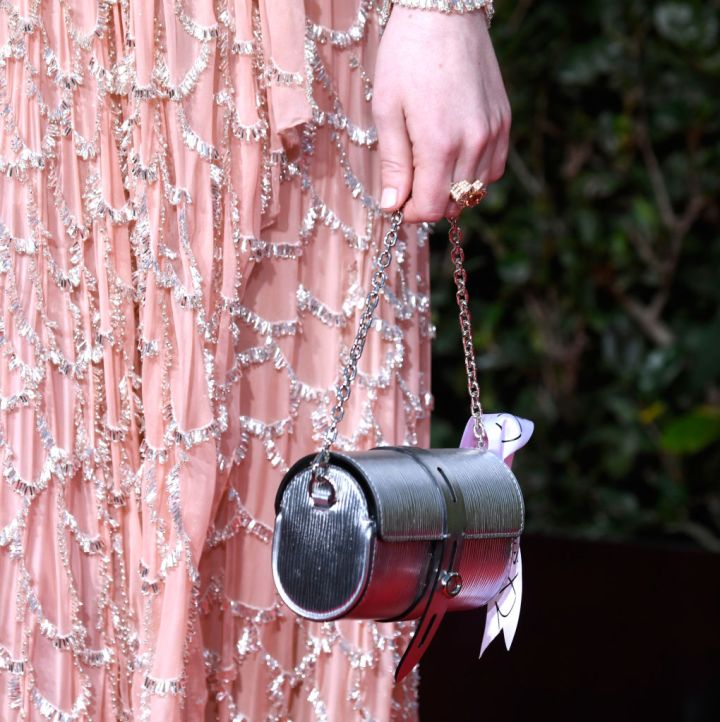 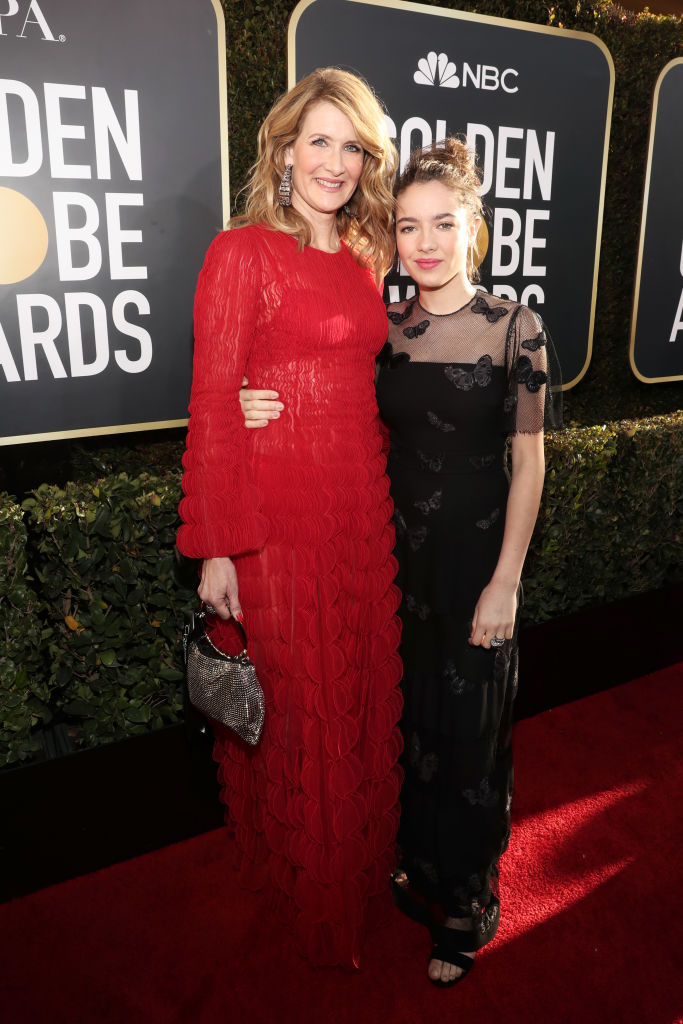 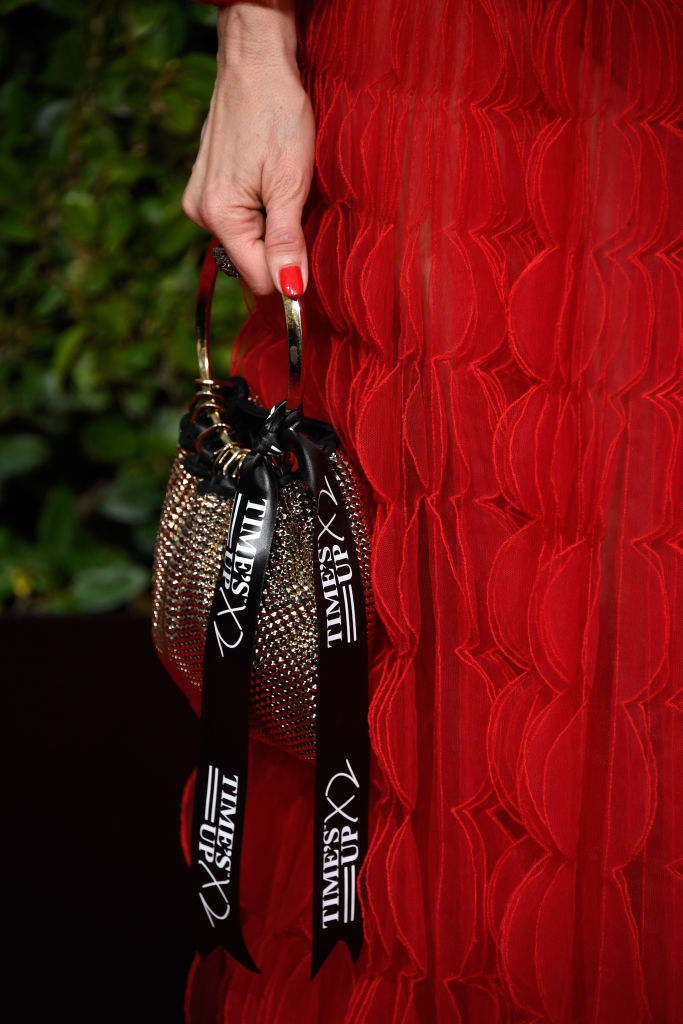 Here I simply cannot tell if D’Arcy Carden is just holding the ribbon to her purse, or if it is attached somehow. 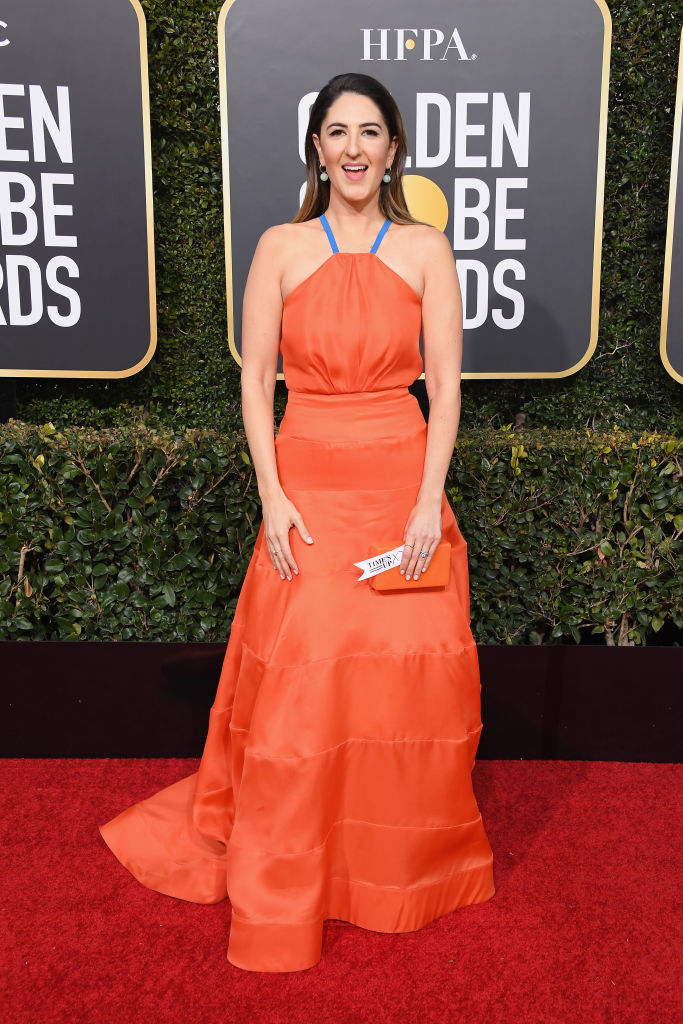 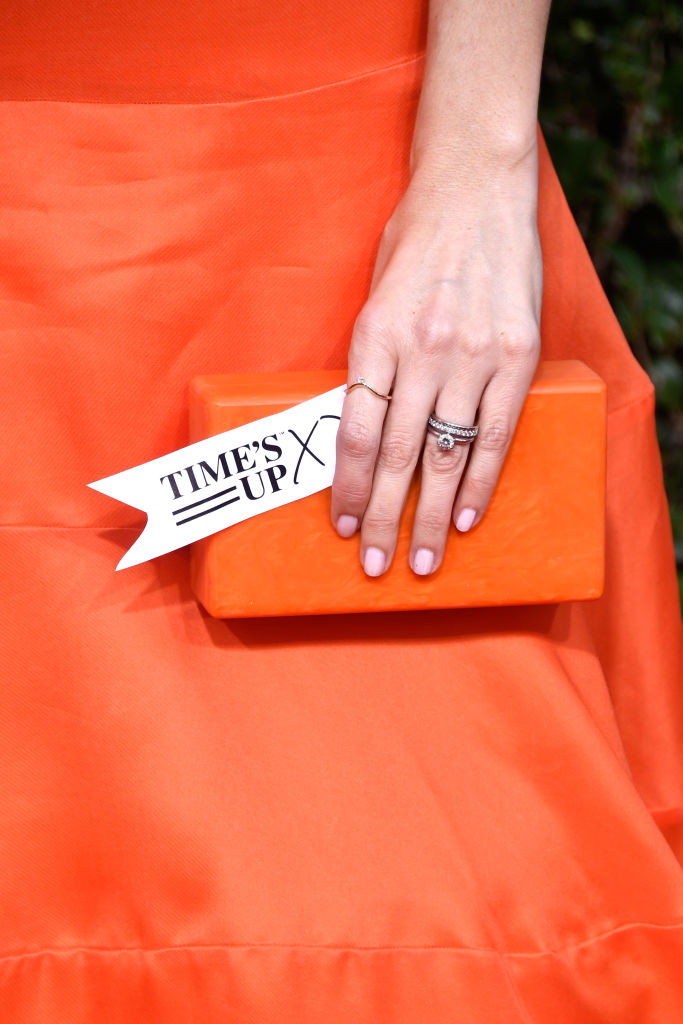 Meanwhile, Claire Foy and Rachel Brosnahan, both in bright yellow frocks, rocked ribbons around their wrists. 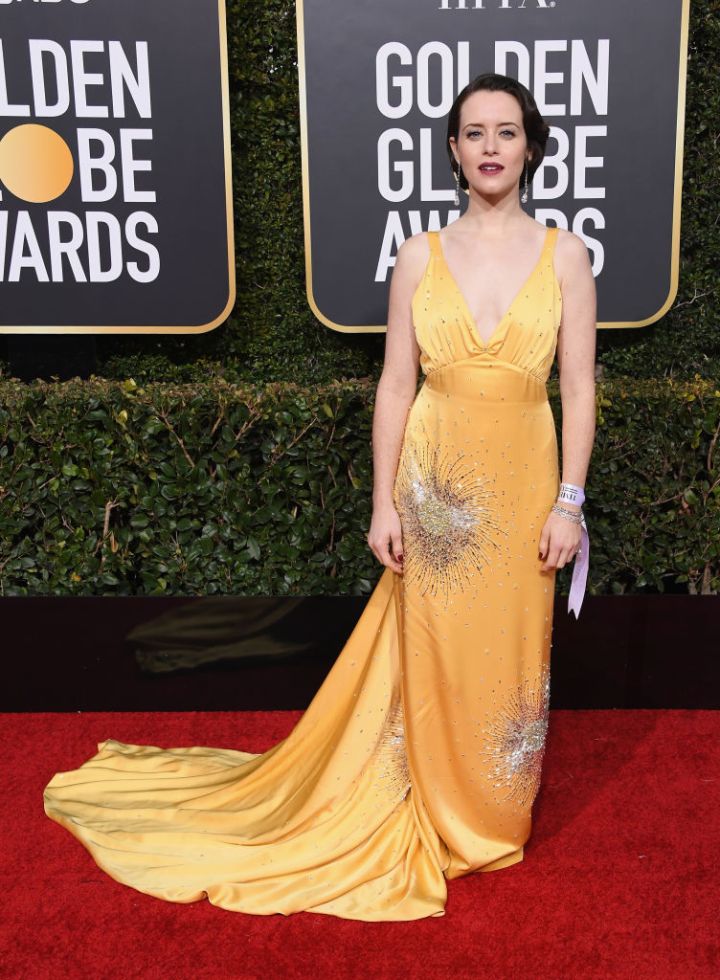 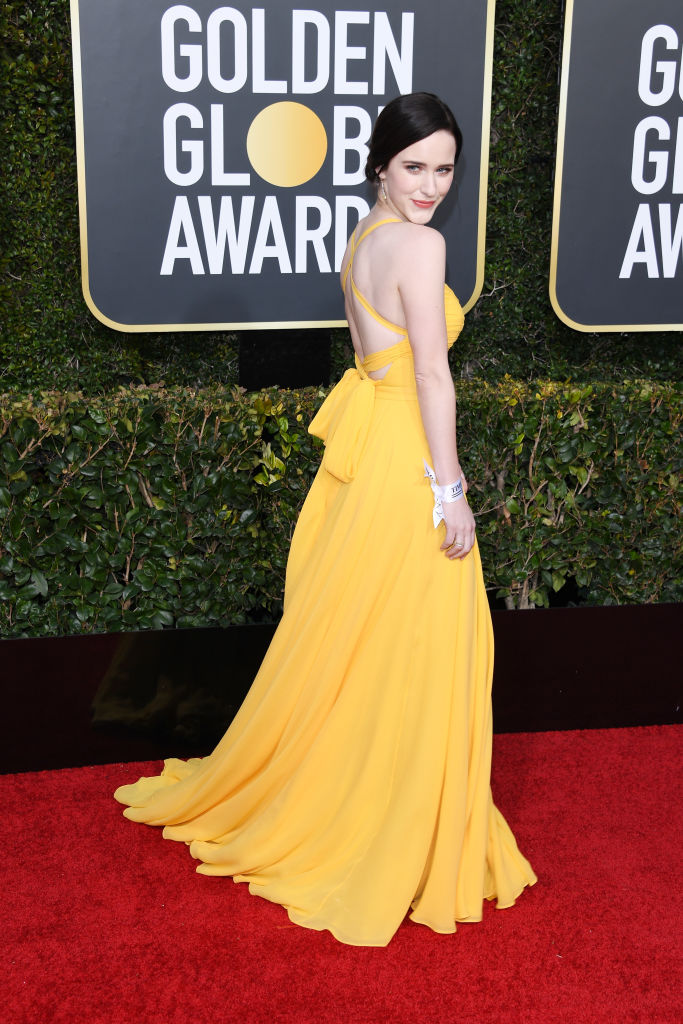 And last of all, Aussie Yvonne Strahovski just holding the ribbon in her hand, which could look a look more awkward than it actually does. 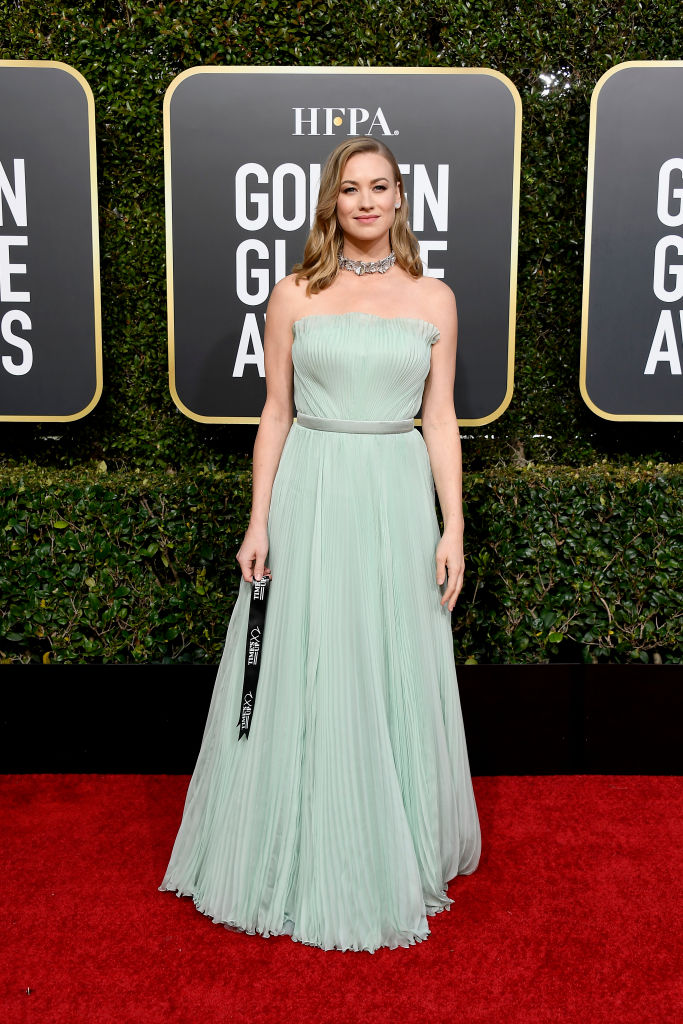 A celebrity stylist told The Hollywood Reporter that the bracelets and ribbons were only distributed on Friday, without any notice, so she was scrambling to figure out how to incorporate them into her clients’ Golden Globes ensembles – which might go some way to explain the haphazard but strangely chic ribbons on bags look.

Still, the bracelets were not without controversy, with people criticising Ryan Seacrest, a man accused of sexual misconduct in 2017, for showing his off as part of E!‘s red carpet coverage. He has strenuously denied any wrongdoing.

You can cop yourself a bracelet – or some other merch – of your own at Time’s Up’s website HERE, with all proceeds going towards the organisation and their Legal Defense Fund, which helps to pay the legal and PR costs of people who have suffered from workplace sexual harassment.