Get Familiar With The Tech That Revolutionised Your Shoe Game Forever

PEDESTRIAN.TV has partnered with Nike and been given intimate access to the history of the Air Force 1, to celebrate the launch of the new AF1 Flyknit, the lightest AF1 ever. Unless you’re some surfy/hippy yubbo that’s lost all feeling to the sole of your feet from scorchin’ hot bitumen (your so0o0o cool, bro), then odds are you’ve worn shoes at some point in your life. Seeing as most of us do, in fact, wear shoes, we thought we’d look at how they came to be their 2016 version of themselves. The Air Force 1 has arguably had the biggest impact on footwear tech, as well as making a huge splash in pop culture, so we’re looking at how its changed over the years and showing ya the impact that’s probs had on the pair you’re currently wearing. We know the enclosed information is pornographic for you sneakerheads, so get comfy and enjoy. If you’re game on adding a pair of AF1 Flyknits (the first AF1 to wield the awesome power of the micro-engineered Flyknit tech) to your collection, then head over to Nike’s Sportwear Tech Book App HERE.

Every so often, a new range of shoes is released that are so innovative/awesome that all you want to do is roll around with them naked in a bed. Well, probs not, but we hope you know what we’re getting at. The new Air Force 1 Flyknits are DOPE AS BALLS – its incorporation of the micro-engineered Flyknit tech one of the several reasons why – and to celebrate said dopeness, we’re looking at how the OG AF1s (as well as its 2,000+ variations – das alotta shoes) have permeated pop culture + how its shaped the technology of shoes generally. You’ll soon understand (if you don’t already) why the AF1s are the best selling athletic shoe in history. 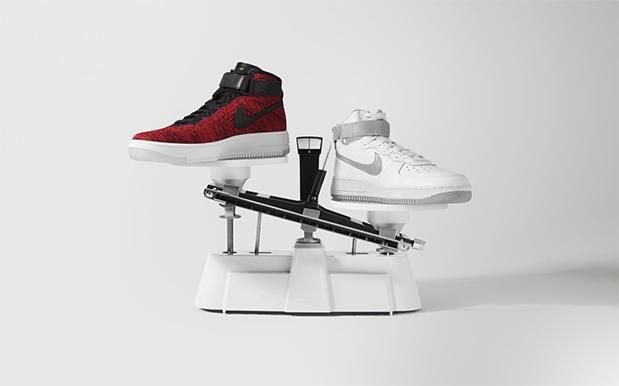 Most sneakerheads would walk across a kilometre-long pit of burning embers just to hear Bruce Kilgore speak in a packed auditorium. To them, and to basketball fanatics, he’s a legend. Admittedly, we kinda/sorta get why. Kilgore was responsible for the AF1’s iconic silhouette, as well as its game-changing tech. Slam-fucking-dunk, Mr Kilgore.

The AF1 was the first basketball shoe to use literal air in its sole, a science called Nike Air Technology. Sure, the concept may seem relatively #Basic nowadays (’cause duh), but back then it was more groundbreaking than those cellular devices all the kids were using – those crazy, crazy kids, I tells ya. On the off chance you’re wondering why using air in footwear seems like a no-brainer, it’s likely due to there being a heap of them out there – most, if not all, heavily influenced by the Air Force 1. 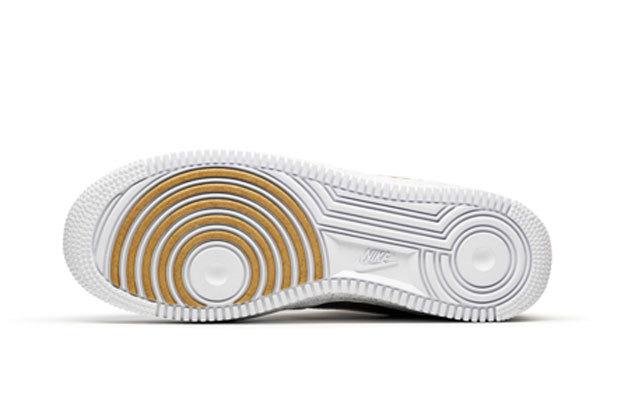 The circular outsole pattern allowed basketball players to pivot with more ease – this was vastly different to the traditional herringbone traction pattern that most shoes, even those used on the hardwood, used.

What came to be known simply as an ankle strap, the proprioceptic belt was added to the shoe for added ankle support. We agree, throwing around “proprioceptic belt” doesn’t exactly roll of the tongue. The fastening prevented twisted ankles, decreased pressure on the fibula and shinbone, and provided better control. Some peeps weren’t fans of the strap, so Nike made it removable. 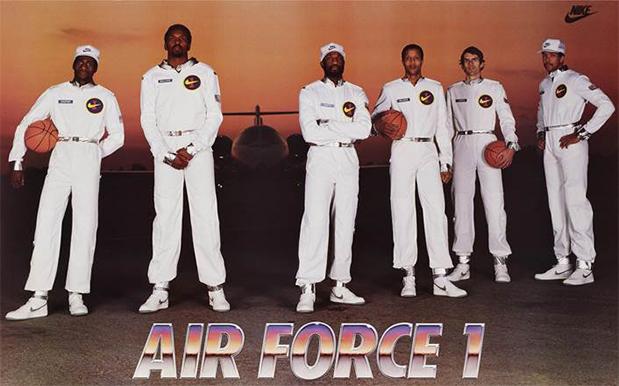 Back then, it wasn’t normal to keep producing the same run of, well, anything. It was always on to the next latest and greatest products, and this was true for footwear. The AF1 was discontinued in ’84, but peeps were all like, “yo, where my shoes at?”. In 1986, Nike began making/distributing the Air Force 1 again, which began the trend of Retro-ing – a now commonplace practice for shoe makers.

KOBE BRYANT KILLS IT IN AF1s AT RUCKER PARK IN 2002 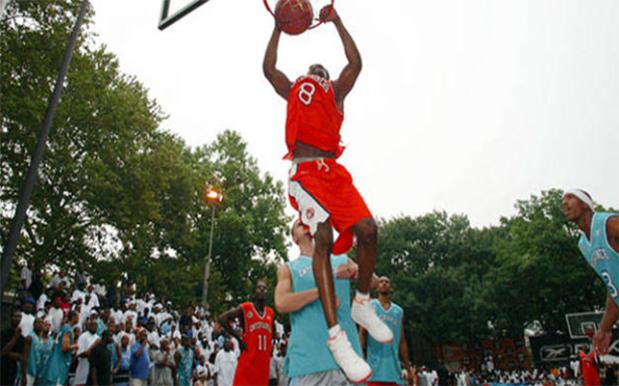 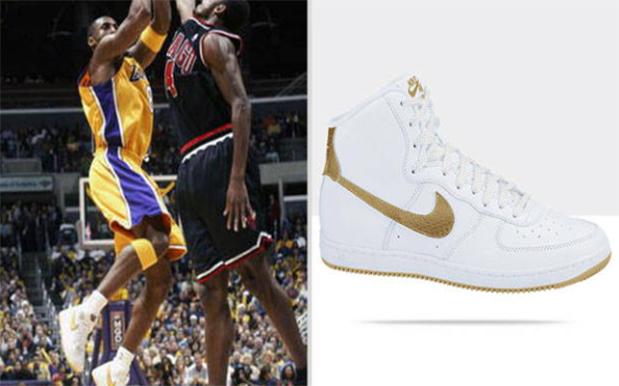 If you’re yet to see the latest range of Air Force 1s (the Air Force 1 Flyknit), then brace yourself – its shit is tight, son.

While you’re composing yourself, let’s take a look at the tech Nike’s injected into these beautiful bad-boys. 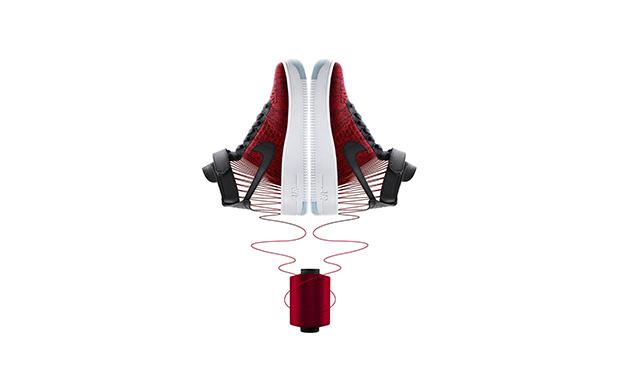 It may look like they’ve just slapped the Flyknit material on top of the shoe, but Flyknit itself is without form – it needs nitty-gritty micro-engineering to not only keep its shape, but to maintain it. The Ultra midsole – ft. injected unit rubber tooling instead of polyurethane – has literally cut the weight of the shoe in half.

In short: Nike’s design team, lead by Jonathan Johnsongriffin, has essentially ripped this shoe apart with the ferociousness that Shane Warne pursues his next target, and still managed to keep it true to its original form. Its another slam-fucking-dunk, we gots to admit.

If you’re game on adding a pair of offensively dope AF1 Flyknits to your collection, then head over to Nike’s Sportwear Tech Book App HERE.