Still basking in the warm afterglow of becoming the greatest sprinter of all time, Usain Bolt has allegedly found himself in the grainy sights of a phone camera. In the buff. With a 20-year-old student who is definitely not his longtime partner Kasi Bennett. 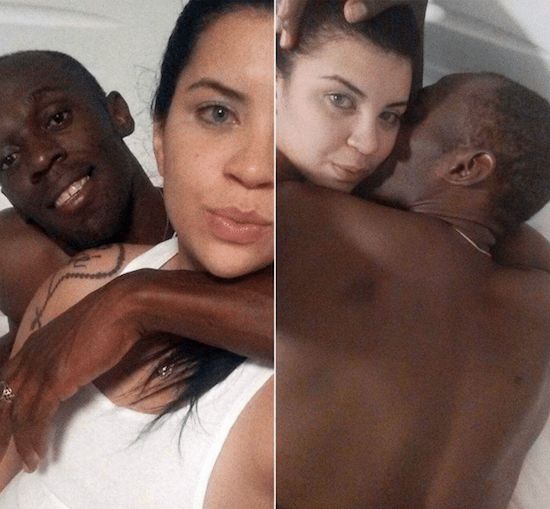 In photos obtained by Brazilian media, the track juggernaut is allegedly shown cozied up to local Jady Duarte. According to her, the Jamaican demi-god introduced himself while celebrating his Olympics campaign at a Rio club by commanding his security squad to get her attention.

Duarte said “at the time did not even know it was him, because they were like many Jamaicans,” before describing the whole shebang as “not a big deal. It was normal.”

While Duarte’s definition of “normal” seems to include snuggling up to the most recognisable athlete on the planet RN, she also apparently had the presence of mind to take a few snaps, which were then shared with mates on WhatsApp.

Of course, that wasn’t the only, uh, fraternisation the bloke got up to. In a separate vid taken on the night, the man didn’t leave room for Jesus as he danced with another club-goer:

Bennett – who Bolt’s sister recently claimed is likely to land a proposal from the fella upon his return – had been live-tweeting the shit outta the sprinter’s Olympic success. A cursory glance at her Twitter today doesn’t quite evoke the same enthusiasm:

Doing something I’m pretty sure I’ve made fun of people for doing… But here goes : I’m tapped out. Logging off. ??

In response to this hullabaloo, torrents of social media users have been flooding Bennett’s pages with support. While there’s an abundance of users deadset on defending Bolt, there’s already a cadre of commenters taking the images at face value:

We’re hoping there’s some kind of mutually beneficial resolution here. Perhaps this is all just a classic stitch-up. Maybe the pair have some kind of in-the-same-postcode arrangement.

Lesson learnt, though: you can be the fastest human of all time, and you still won’t be able to outrun photos floating around on social media.