If you’ve slept on bamboo sheets, then chances are you’ve bored your friends senseless about them. They’re silky, they’re lush, they’re sustainable, and they make you feel like you’re sinking into a fancy ass hotel bed, rather than some grotty old mattress which may or may not be on the floor.

There’s also a good chance cult Melbourne brand Ettitude are the cause of your bamboo sheet obsession. If that’s the case, then I have good news for you: they’ve now released two new pyjama sets, just in time for all of us to settle into hardcore self-isolation.

The new sets are part of the long-sleeve PJ range, but in two new stripe colourways: light blue and charcoal. They’re 100% bamboo lyocell, and as with the rest of Ettitude’s range, they’re vegan, cruelty free, hypoallergenic and thermo-regulating. 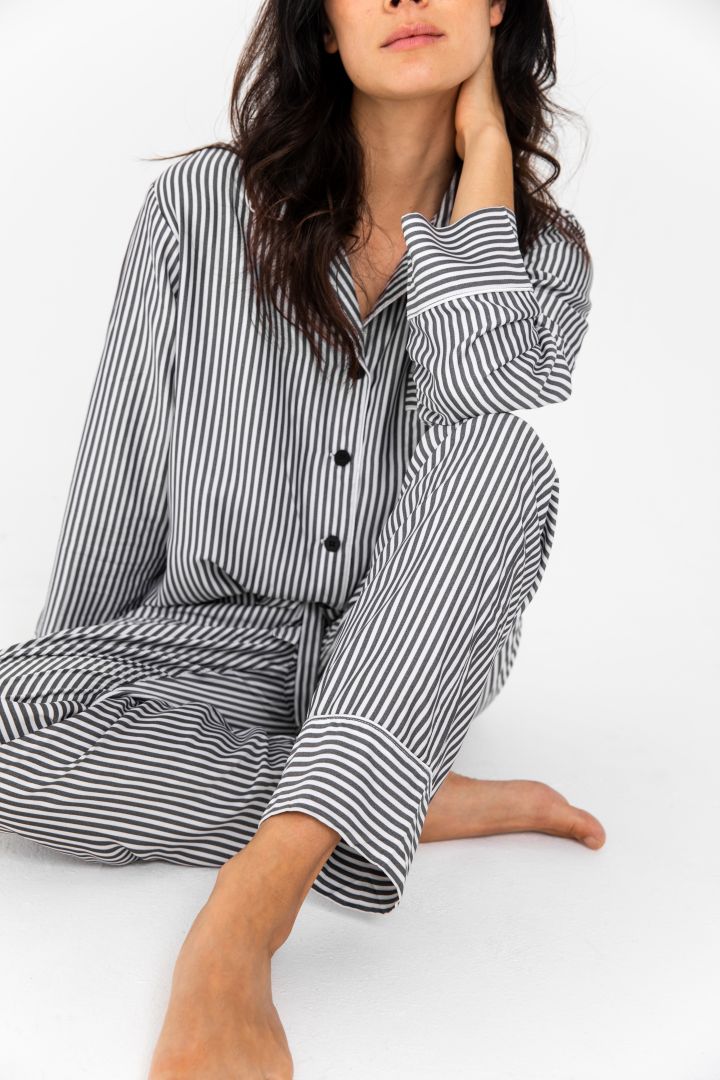 Most importantly, they’re peak bougie. Personally, I sleep in trackies and a rotating set of old t-shirts but I like to pretend I’m the sort of person who would maybe, one-day, have a matching bougie pyjama set. It’ll totally happen. When I grow up, maybe.

Our paradise green in its natural habitat ????⠀⠀⠀⠀⠀⠀⠀⠀⠀ #SleepWithEttitude

Being completely honest here, Ettiude’s set isn’t cheap. The full lot will set you back $180. But since we’re about to spend the next six months in social isolation, thereby leaving the house approximately ‘never’, I can guarantee your cost per wear will likely never be so low.