Taronga Western Plains Zoo in Dubbo has just welcomed in a baby elephant, and he is a precious little baby worthy of your tugging heartstrings. He’s also the first Asian Elephant calf to be born at the zoo, so that’s cool, too. 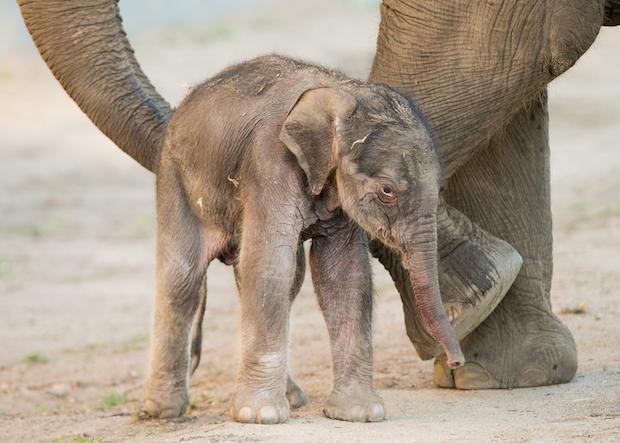 The calf, who’s yet to be named, was born yesterday at 3:50pm. He was standing on his own within half an hour.

Mum Thong Dee – who gave birth to her first calf in 2009 – is reportedly doing just fine, thank you for asking.

“Thong Dee is doing a magnificent job and the successful birth is a tribute to the hard work of our keepers and veterinary staff,” said Zoo Director Matthew Fuller. “It’s a milestone achievement in the almost 40 year history of our zoo and we couldn’t be happier. Every birth is important as it helps to secure a future for this endangered species.” WHY YOU GOT STRAW ALL OVER YOU LIL GUY?


Elephant Supervisor Glenn Sullivan said the birth was a good’n.

“Everything went very smoothly with the birthing process,” he said. “Thong Dee and the calf are in good health and spending time together in the elephant barn. We have seen the calf suckling and we’re really pleased with the maternal behaviours we’re observing.”

Mum-and-bub will be chilling out / bonding behind-the-scenes before making their public debut.

A competition will soon be held to decide on a name for the lil cutie. Obviously, this could end very, very badly. But perhaps 2016’s ultimate gift to humankind will be to keep the Elephant McElephantface and Harambaby jokes firmly in this year where they belong. 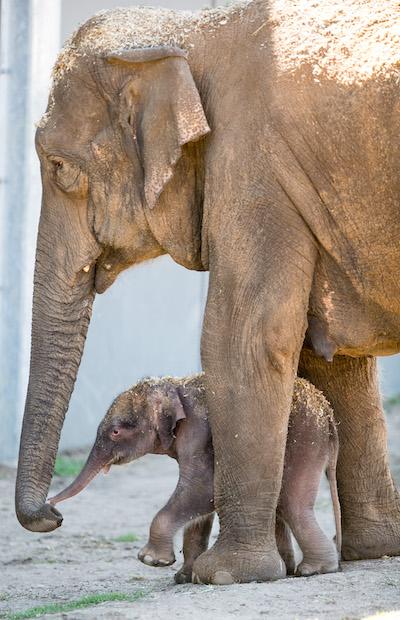