If you’re in the market for a pair of sandals that both look like a precocious infant’s art project and also have a name that evokes centuries of trauma, then you’re in luck: Italian fashion label Dolce & Gabbana dropped their spring 2016 collection, featuring a pom pom abomination named The Slave Sandal. Look at the thing, look at it. 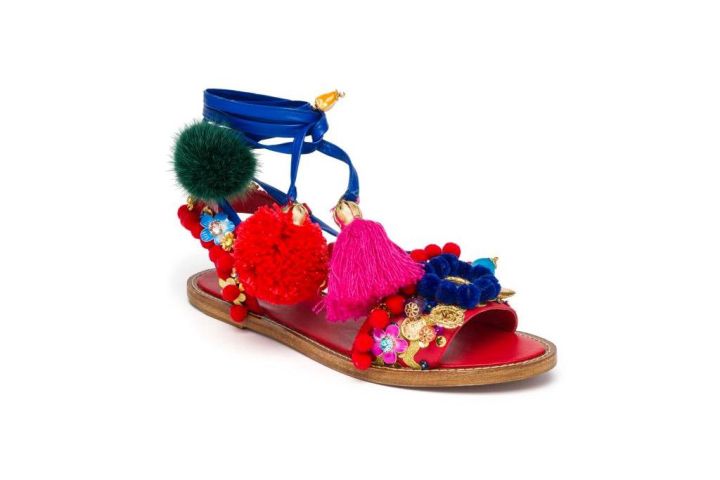 It’s available for pre-order on their website for the eminently reasonable price of $2,395, so it’s perfect if you’re regularly in the habit of dropping thousands of your hard-earned on blatantly racist shit.

The wise shoe historians over at Footwear News pointed out that ‘slave sandal’ is an outdated descriptor for what you’d now call a gladiator sandal, but it should be fairly obvious that everyone – especially controversy-prone Italian fashion houses – should steer clear of this stuff in 2016.

Clearly the online backlash hit D&G hard and immediately, because they’ve already renamed it on their website, to the much more evocative “Decorative Flat Sandal In Napa Leather With Pom Poms”. It now screams class, and most importantly, less racism.