Apparently the accounts were set up long before Banks was an MKR contestant, using photos that were available online from her modelling days.

Banks has disavowed any connection with the accounts, and seemed admirably unperturbed when she spoke to the Telegraph:

“Because I knew the offensive material was not me it was easy to ignore.

“My focus and creative energy is on Instagram, Facebook and my website. My philosophy around these accounts is to be a positive, relevant force for everyone. Fitness, fashion, food and travel are my focus.”

So… at some point within the last few years, someone saw Banks on Instagram (where she has more than 48k followers) and decided that there was sexy-time fun to be had on their weird, 140-character limited, cringey cyber-sex fetish platform?

And oh, how cringey it is: 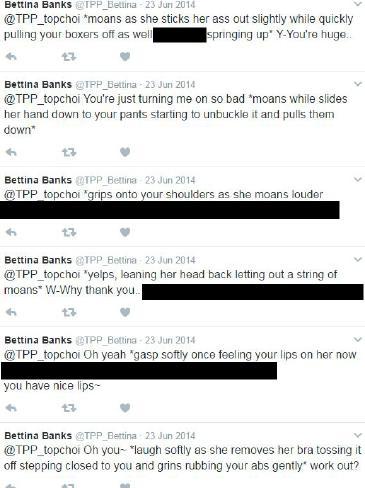 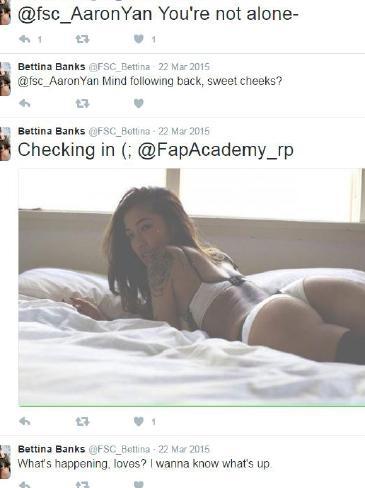 Channel 7 seem to have had their jimmies rustled by the whole debacle, as they are supposed to thoroughly vet any potential reality TV show contestants’ social media presence. But hey, we can’t catch all of the wild Twitter chat-based sexploits, can we?