Sometimes, a news yarn crosses your path and you think “surely, this headline is misleading”. That happened to us today with this The Cut article, which read “Sandra Bullock & Cate Blanchett’s Skincare Secret Is Penis Facials”.

I’m sorry, what? Ohhhh but just wait. It got even more batshit when we delved deeper. Firstly, it’s not a lie. Secondly, it’s so much more than what you’re imagining a penis facial to involve. Which for me, was this.

“Sandy Bullock and I saw this facialist in New York, Georgia Louise, and she gives what we call the penis facial and it’s something — I don’t know what it is, or whether it’s just ’cause it smells a bit like sperm — there’s some enzyme in it so Sandy refers to it as the penis facial,” Cate told Vogue Australia, according to The Cut. 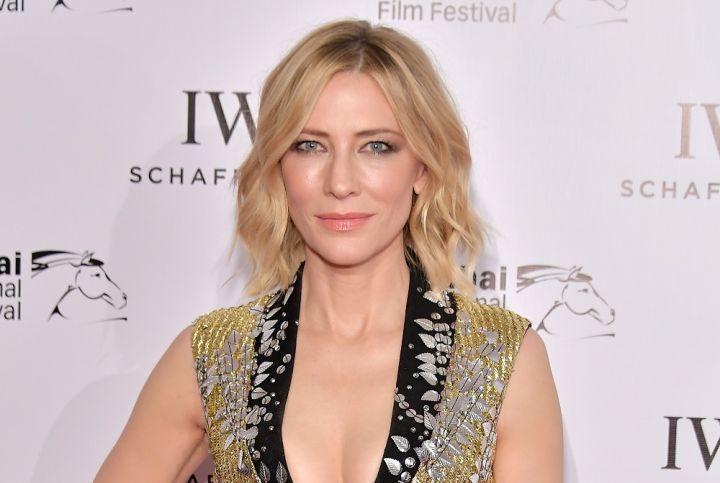 Already I’m like WTF even is happening here. Am I weird in saying I don’t know if I could say “oh yes, this smells like sperm”? I do not know exactly what sperm smells like. I think I might be alone here. ANYWAY.

That’s Cate Blanchett‘s quote, but the article then delved deeper – discovering exactly what this facial is, and HOO FKN BOY.

The serum used in the facial is actually derived from cells taken from the freshly removed foreskin of newborn babies in Korea. The stem cells are said to help build collagen and elastin, which make skin appear younger and glowing.

I’m sorry, what the actual shit? What… how would anyone even discover the skin benefits of newborn foreskin cells. How did that HAPPEN, GUYS.

“I have text threads, which would blow your mind, from celebs asking for the ‘penis treatment’ all the time now,” Georgia said.

If you want one (what, stop, no) you can go get one – they’re no longer celeb-only, and are listed on Georgia’s site. It’ll set you back a cool $834, though. Hmmmm, perhaps not.