People from down south ask me all the time what I love so much about living in Brisbane and the answer is quite straightforward: our unusually high concentration of accidentally racist restaurants.

Between the restaurant formerly known as Uncle Ho (after the Vietnamese dictator Ho Chi Minh) and British Colonial Co. (“Inspired by the stylish days of the empirical push into the developing cultures of the world“), we’ve found a brand new way to distinguish ourselves from Sydney and Melbourne that isn’t just ‘affordable rent’ and ‘theoretically impossible humidity’.

This week’s foray into cultural insensitivity comes to us courtesy of Master Tom‘s on Albert Street in the CBD, who accidentally made an extremely unpleasant association with slavery in the naming of one of their burgers.

The ‘Uncle Tom’, like all of their burgers, comes from being a play on either ‘Master’ or ‘Tom’ – unfortunately, it is also something else, according to our dear friend Merriam-Webster:

“A black who is overeager to win the approval of whites (as by obsequious behavior or uncritical acceptance of white values and goals).”

The term originates from the titular character of the slavery-era novel ‘Uncle Tom’s Cabin‘ and is used as a slur against people who are complicit with their oppressors, especially in the case of African-Americans.

It’s not a particularly common term in Australia and it’s fairly reasonable that the people at Master Tom’s would be completely unfamiliar with it. It’s not, however, a great mistake to make when you very prominently have “Master” in the the name of your restaurant. Awkward.

The owners apologised for the accident through Facebook (in a post that has since been deleted), claiming they had no idea about the term’s significance. Ideally, this would be where the story ends, settled like reasonable adults because that’s what we all are.

Unfortunately, the internet got involved. As part of their apology, they asked FB commenters to come up with a replacement name:

“Please help us re-name the most offensive burger in Australia! It will be Uncle Tom no more. The offending burger is the one pictured with all the extras.

“The winner who comes up with the new name for the burger will win free burgers for a year, which means one free burger of your choice from the menu each week for one full year.

“On a serious note we would like to offer up an open and public apology to anyone who has actually been offended to the name Uncle Tom. We were completely unaware that this is an old racist term. Certainly there has been no racist connection to this term at Master Toms. The venue is named after the owners son whose middle name is Tom, the same as the owners middle name. The menu was written after the venue was named and throughout the menu there is a play on the two words ‘Master’ and ‘Tom’.” 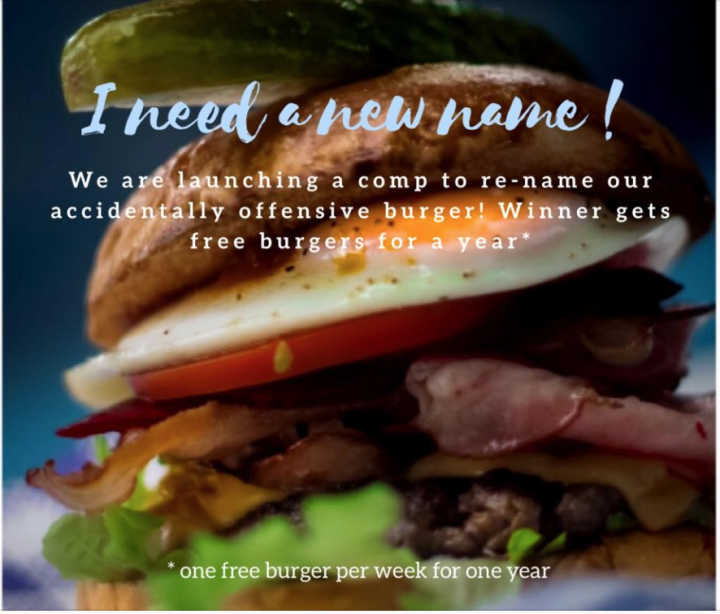 Because the worst thing some people can imagine is a restaurant having to change the name of a burger because it was accidentally kind of racist, the biggest dipshits in the world jumped into the comments to prove that it’s not racist by being (wait for it) super racist. What a bunch of strategic geniuses.

Clearly, someone tipped off some 4chan / alt-right dickheads who, instead of just letting this be a pleasant learning moment for all of us, decided to start getting extremely upset about how lefties are always upset about things. What a bunch of gronks.

Well done to Master Tom’s for handling that gracefully, not so well done to the neckbeards who are trying to make this into a huge deal for no reason.

The post has since been removed, along with all the comments from Australia’s wildest fuckheads. In a follow-up, they declared that the short-lived competition was over, and that they wouldn’t have to fork out any extra for updating the menus because they had to change them anyway, what a treat:

A huge congratulations to all the thin-skinned weirdos who think “PC culture gone mad!!!” is a burger place making a stuff-up, being politely informed about the stuff-up, and just fixing it and apologising. Madness.