The red carpet was a characteristically subdued affair – typical of the BAFTA awards which strikes right in the middle of the English winter – but there were some gems amidst a deluge of reserved navy blue and black selections. Let’s take a look…

Former Bond girl Olga Kurylenko channels the essence of a fabulous European mermaid in the shimmering jewel-tone scales of this Burberry gown. 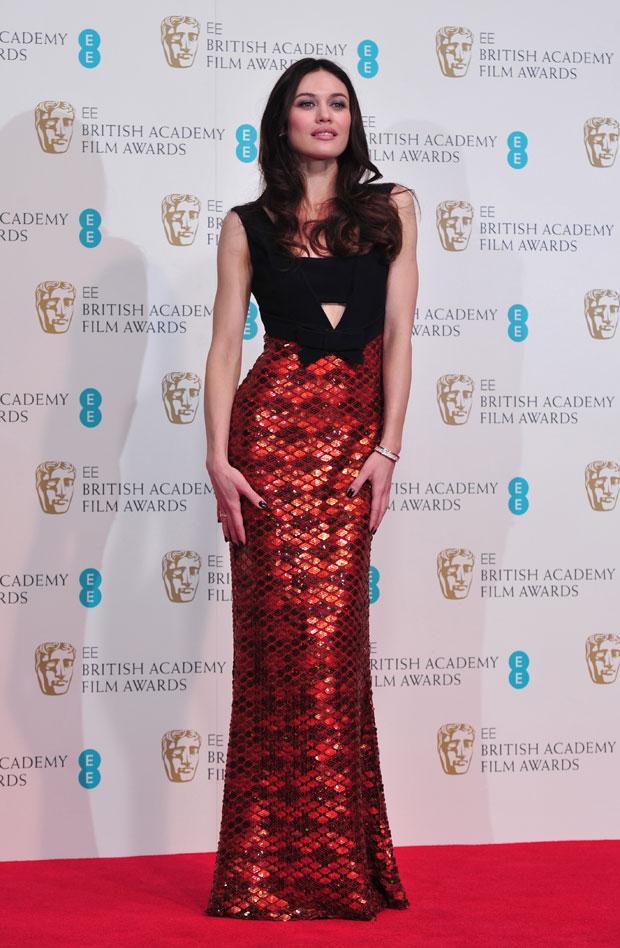 12 Years A Slave star Lupita N’yongo lost to the less-deserving but universally adored Jennifer Lawrence in the Best Supporting Actress category, however she continued to reign victorious on the red carpet with another show stopping look, this time by Dior Haute Couture accented by gleaming gold hardware. This is what you get when you cross old school Hollywood glamour with a beautiful modern woman. 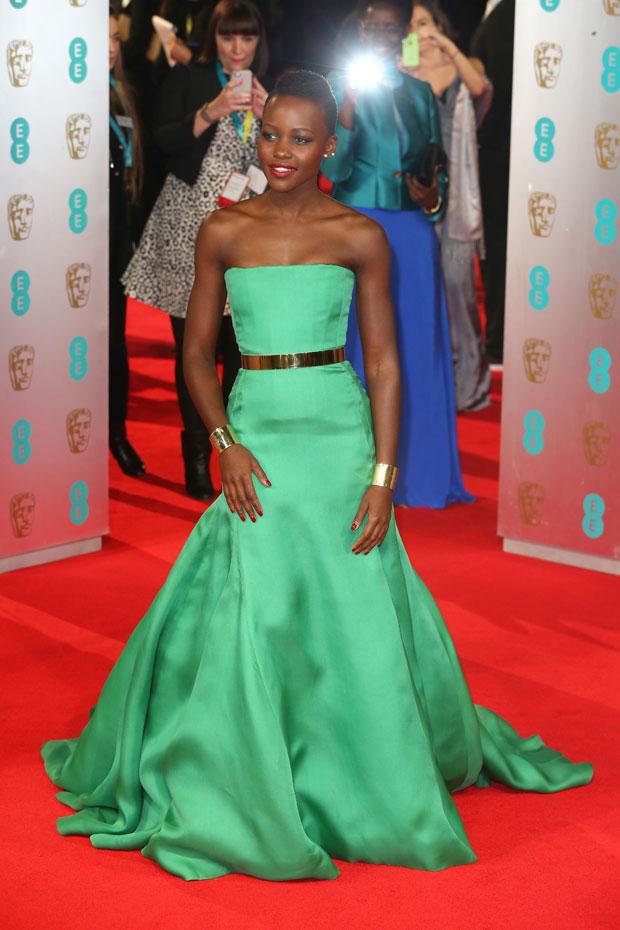 Brienne of Tarth, the saucy minx. 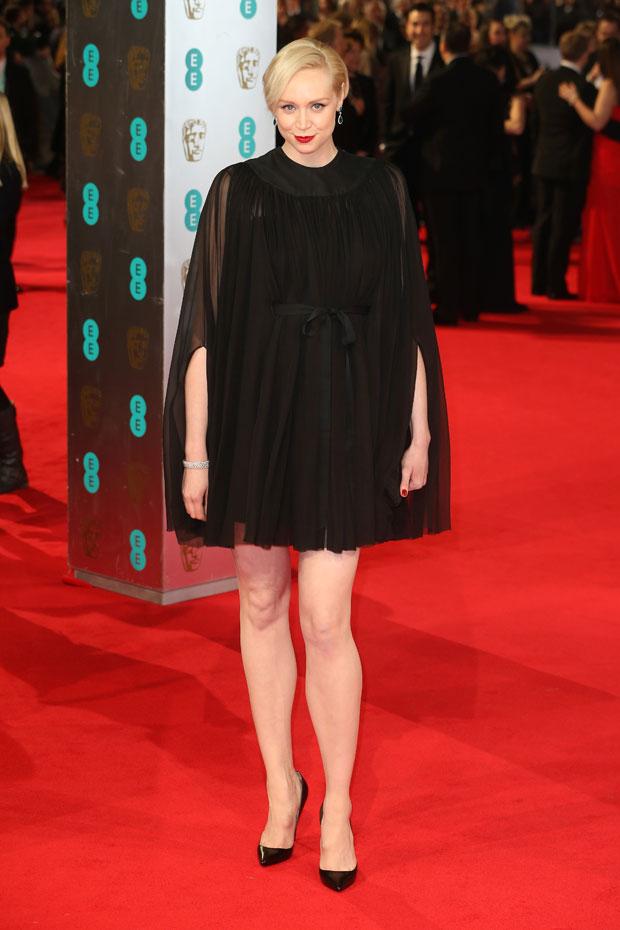 Amy Adams takes a break from flashy silver baubles and loud jewel hues to flirt with the dark side in a chic but severe #stronglook by Victoria Beckham. 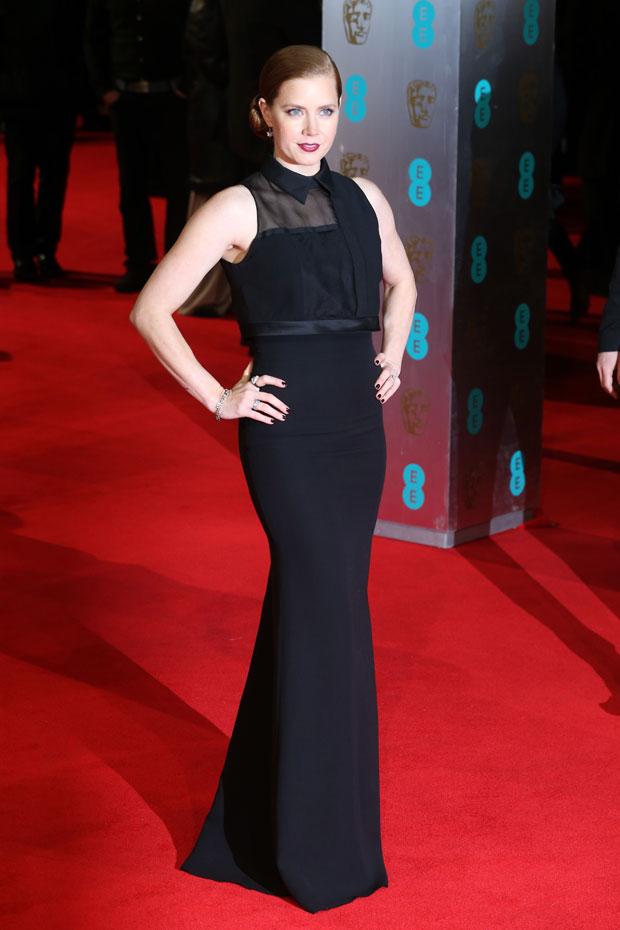 Naomie Harris in a fuchsia tailored Gucci number is undeniably gorgeous, but the look can’t decide if it’s demure and mature or a skin-revealing sex coat. Confusing. 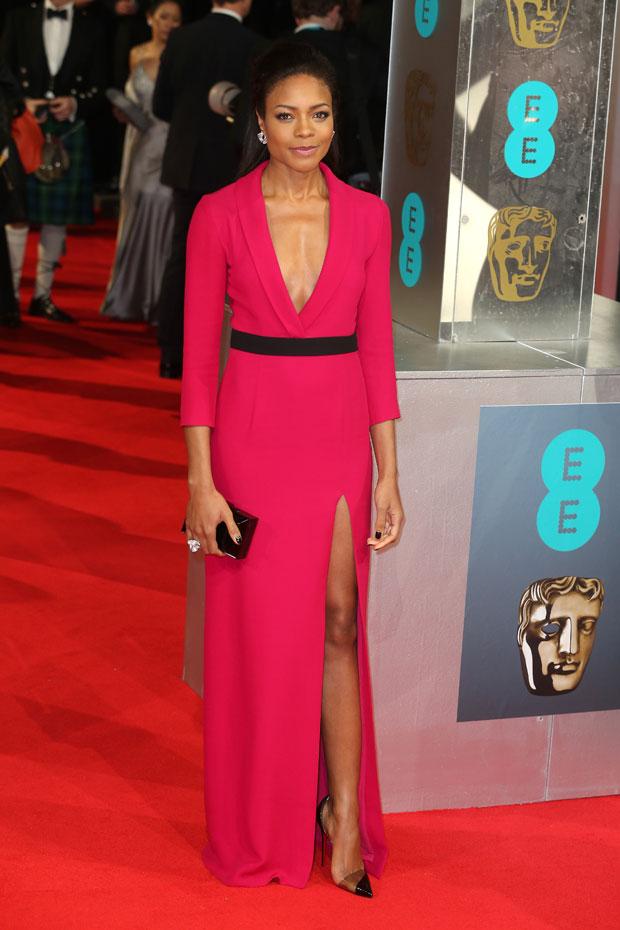 Bless Lily Allen who blew off the memo about dressing subdued and instead chose a mad Vivienne Westwood creation in a festively saccharine colour combo and a hairpiece made from monster trimmings. 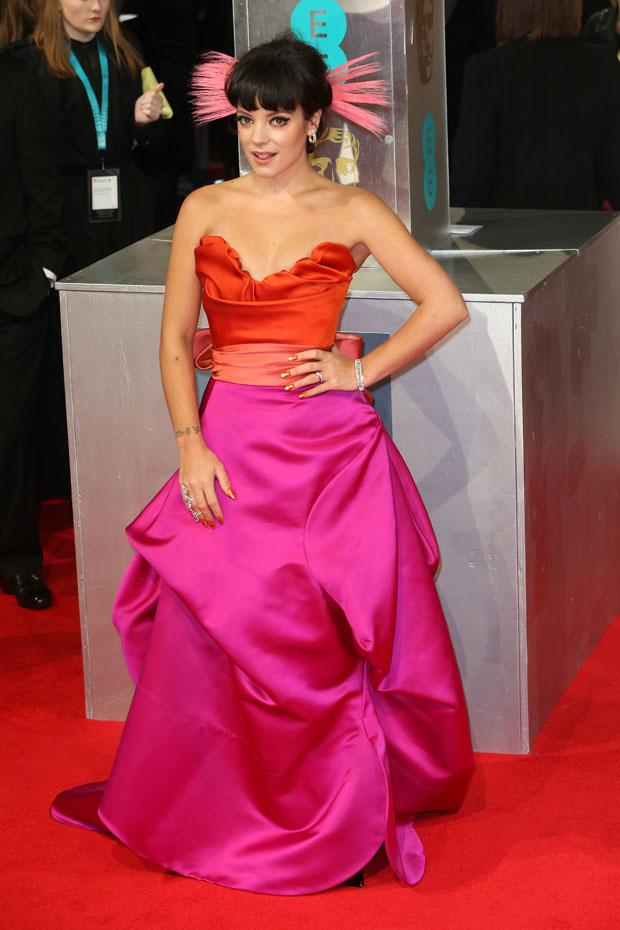 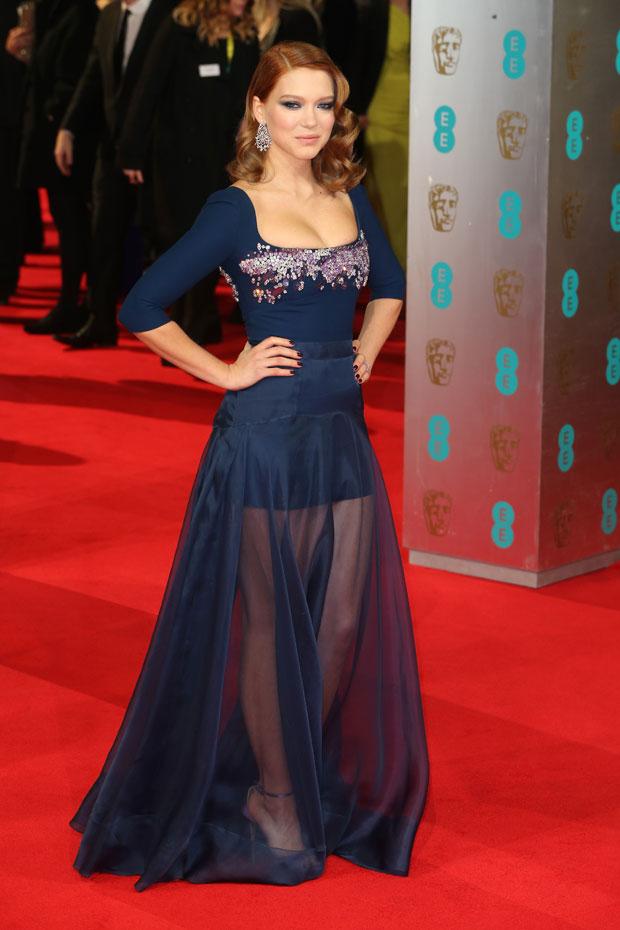 Blue IS the warmest colour when you’re wearing 60 yards of it. Maggie Gyllenhaal wears lace and pearl-studded Lanvin. 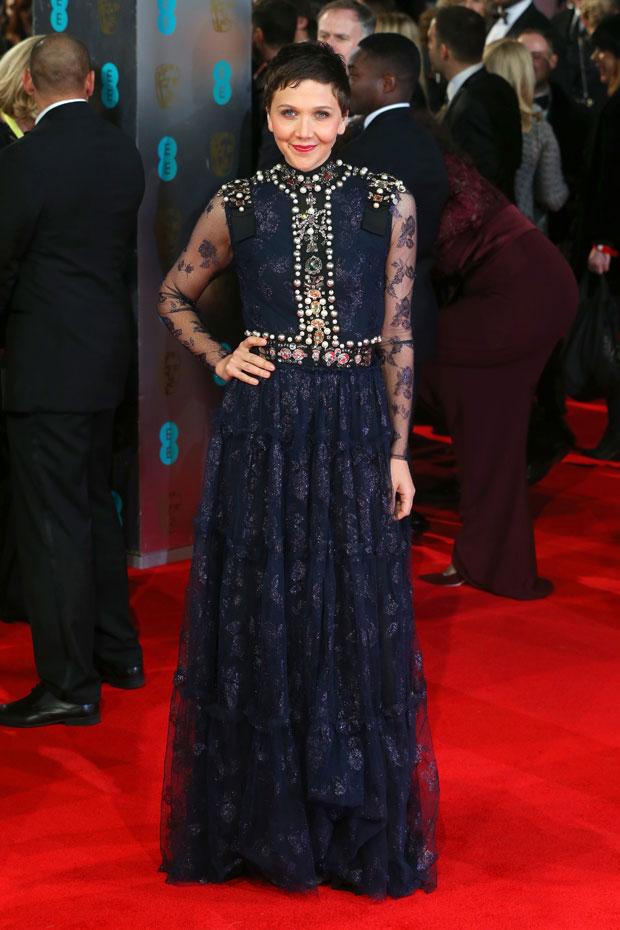 BAFTA winner and the pride of Australia Catherine Martin scored in the Production Design category (won with fellow Aussie: Gatsby set decorator Beverley Dunn) and the award for Best Costume Design. CM wore one of her typically understated red carpet looks, crafted using .0000007% of the sequins and beads used to bedazzle The Great Gatsby set. 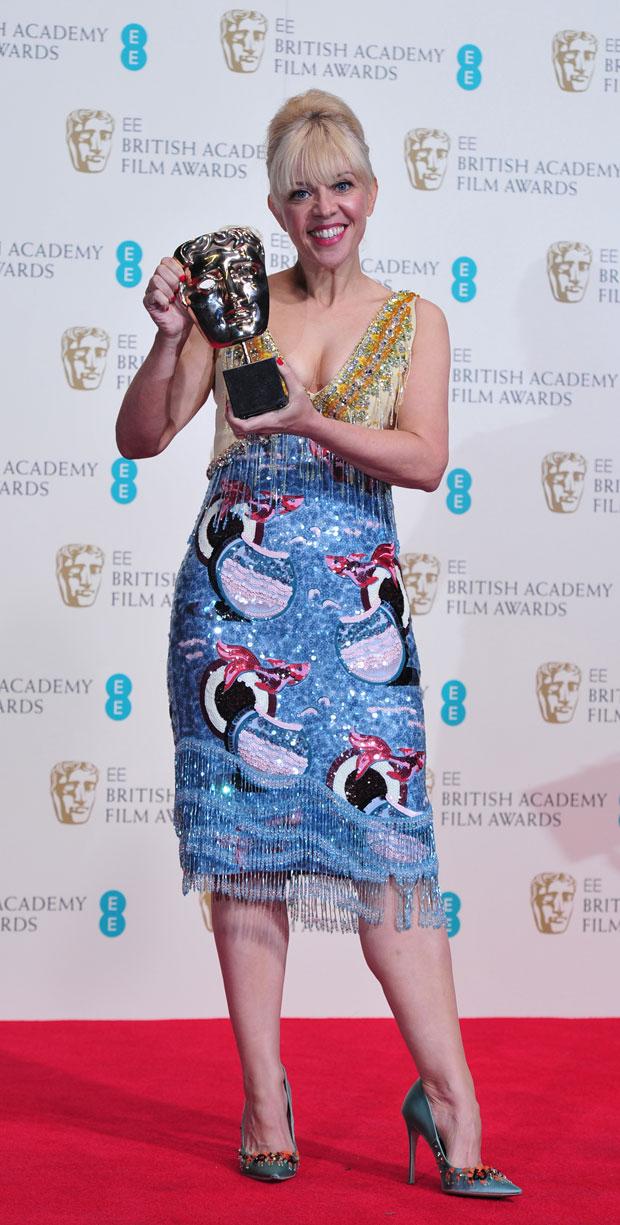 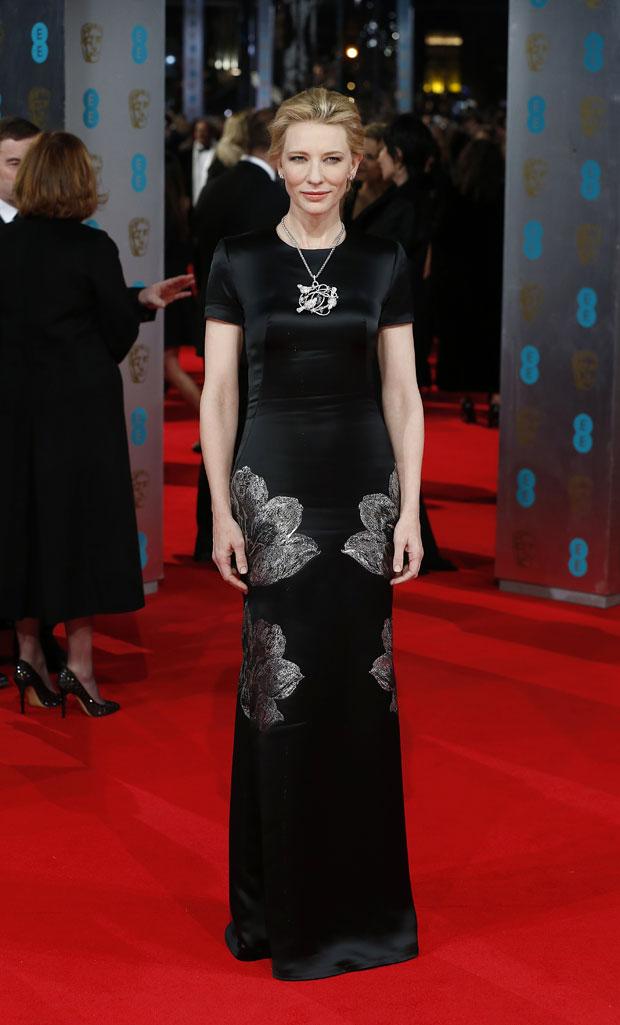 Chiwetel Ejiofor, who won the Best Actor gong, continues his reign as the red carpet’s most attractive human being in a suit. 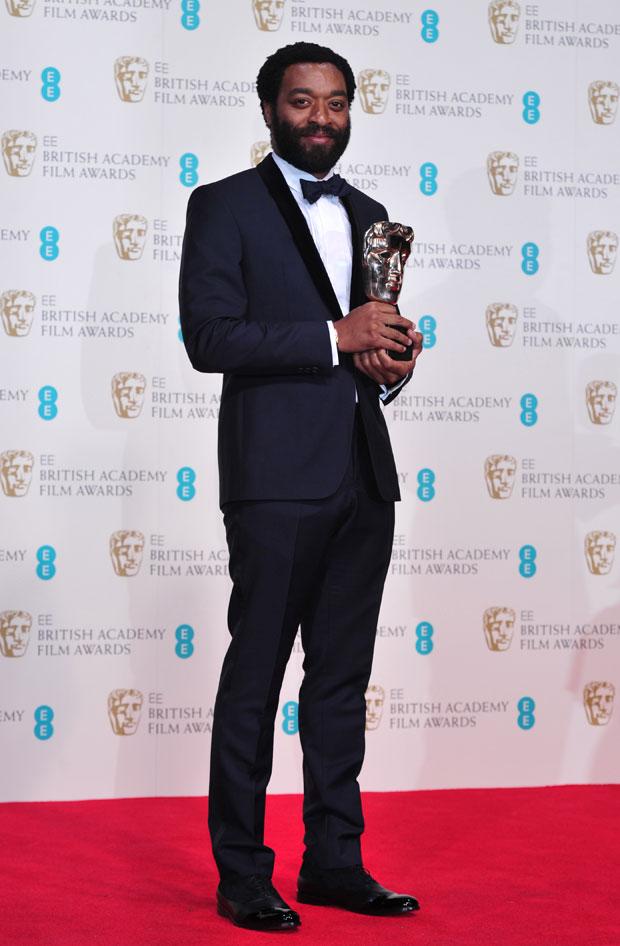 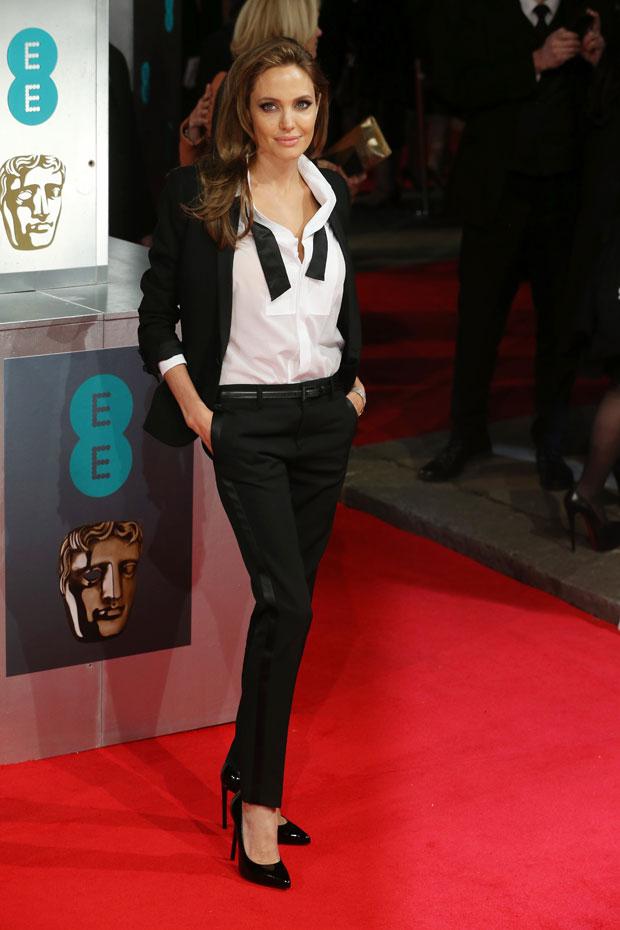 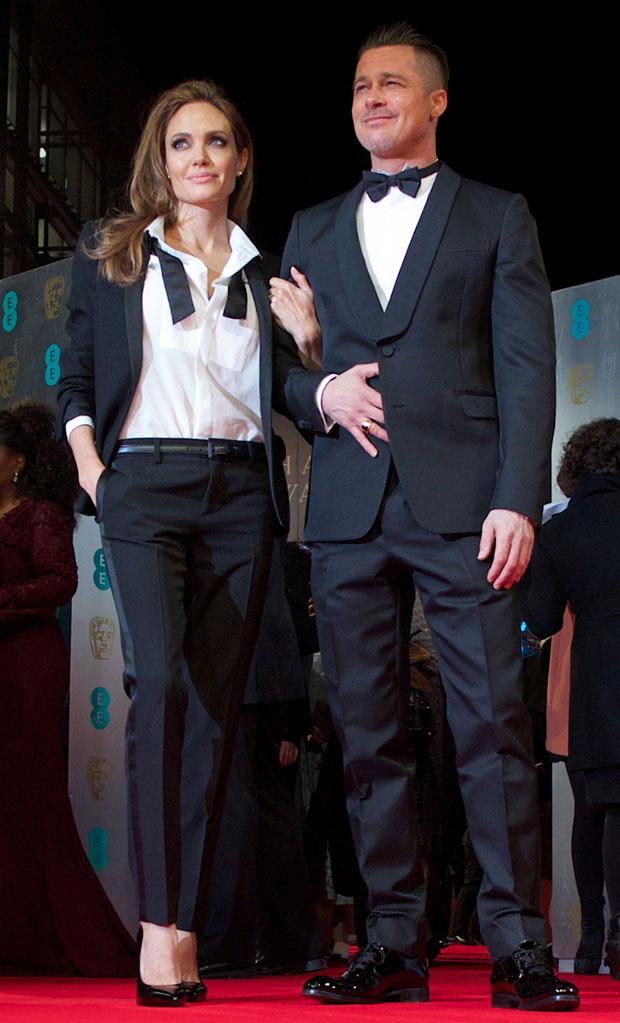 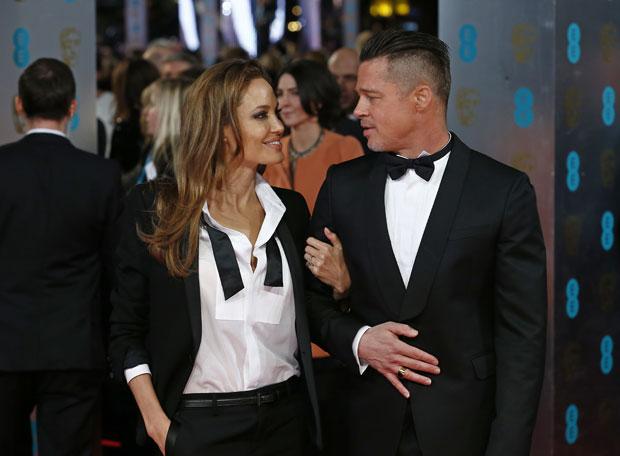 The King of Hollywood and his wife. 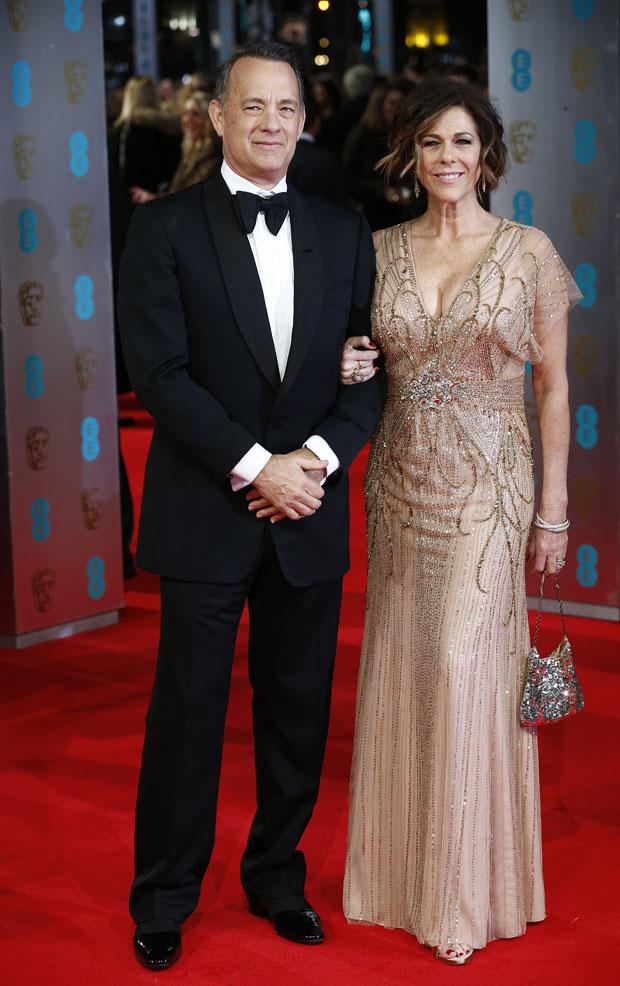 The future King of England and the President of the BAFTAs. 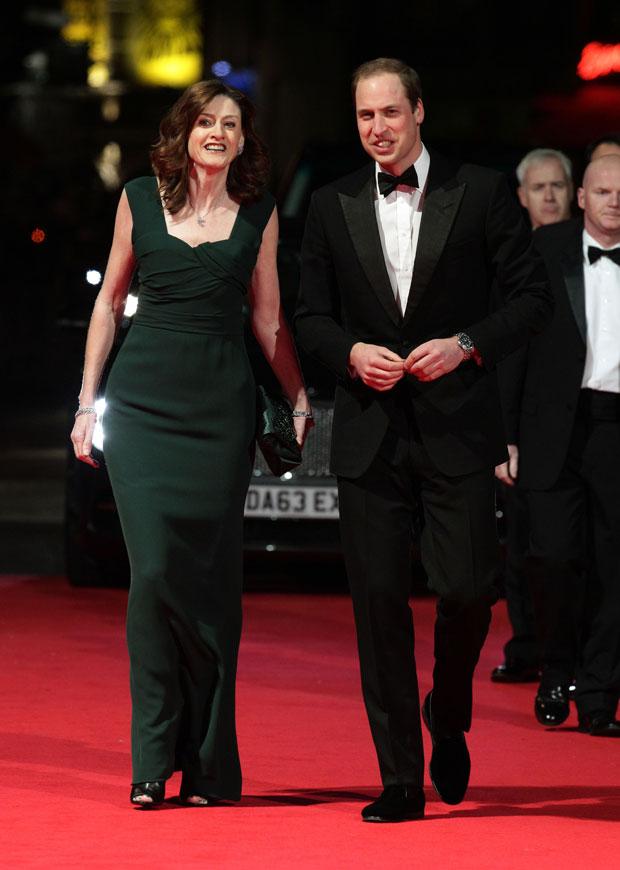 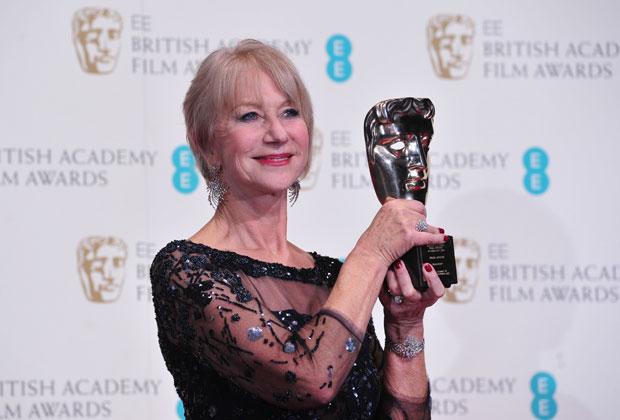 Photos by AFP via Getty Images.