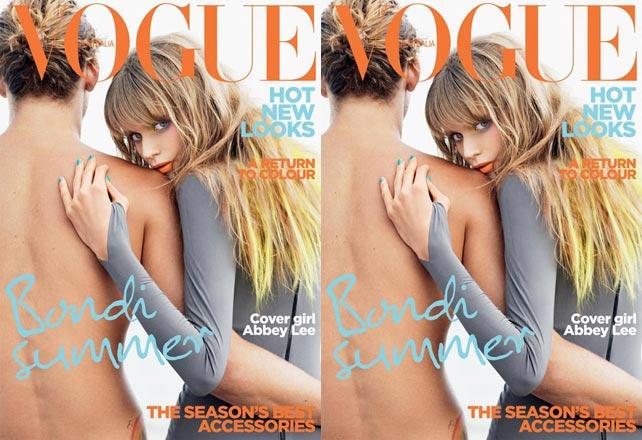 When we spoke to photographer/musician/magazine editor Max Doyle last year he vaguely mentioned a Bondi cover shoot for a big Australian fashion publication. Well, turns out it was this Abbey Lee Kershaw cover for the March issue of Australian Vogue which also features a cameo by onetime Paris Hilton flame Tyler Atkins.

Far from the vapid/superficial connotations that Bondi can sometimes carry, Abbey manages to make sand and straddling seem chic without once resorting to nudity. Check out the editorial below and head to www.vogue.com.au for a behind the scenes video.