Who doesn’t love a real good balls-up? It’s the kind perverse, giddy thrill you can really only mine from moments where someone who is absolutely not you has taken what should otherwise have been a straightforward task and gone arse-over-tit in the most spectacular fashion.

And in the grand history of glorious gaffes, we now have a new Hall of Fame-contender thanks to yesterday’s instantly iconic Academy Awards kerfuffle, in which Warren Beatty and Faye Dunaway were handed a wrong envelope and accidentally read out ‘La La Land‘ as the winner of Best Picture, despite the fact that ‘Moonlight‘ had actually won.

While everyone at home ran through a series of emotions that spanned from pure shock to *eating_popcorn.gif*, those in attendance at the Dolby Theatre were just as taken aback as everyone else.

Cop this incredible, multi-layered photo of the first few rows as the realisation dawns on them that things have gone very bung, very quickly. 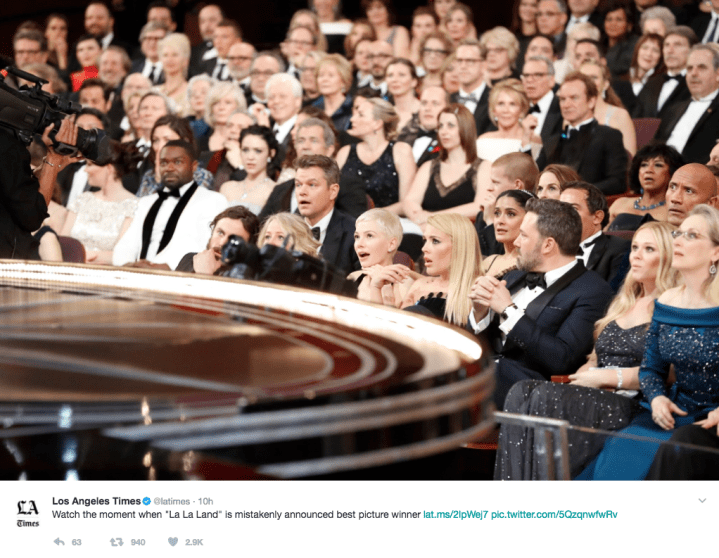 There’s a lot to unpack here, frankly. Check out the individual faces: 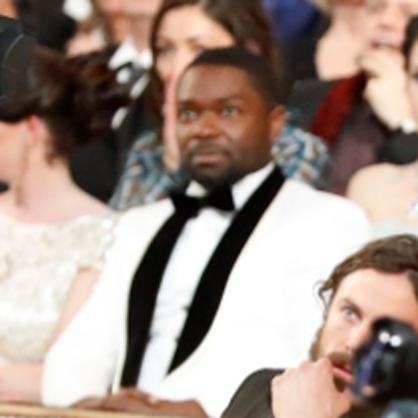 There’s British actor David Oyelowo, who looks like he’s trying to deal with all this while something wonderful is being done to his downstairs parts. 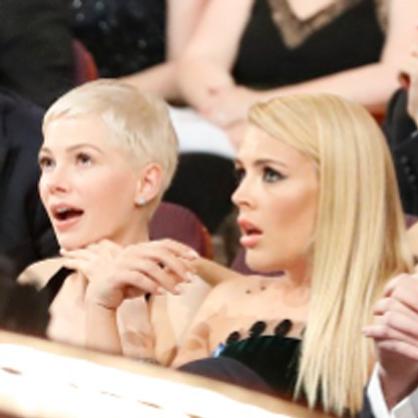 In the front row, there’s adorable best friends Busy Philipps, who is a picture of pure, pristine, porcelain disbelief, and Michelle Williams, who is fucking L I V I N G for all of this. 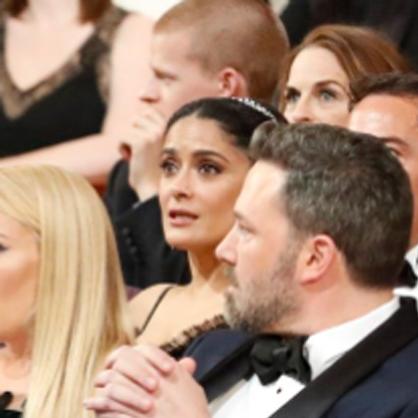 Salma Hayek, firmly ensconced in the theatre’s second row, reacts with the furious emotion of someone gunning for a front row seat next year. 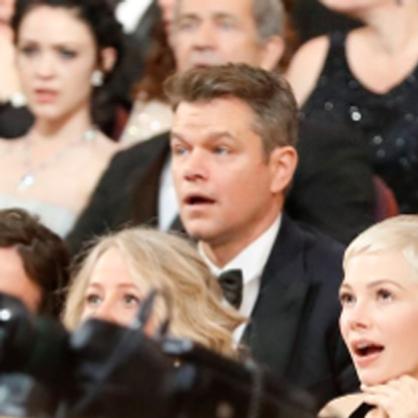 Matt Damon, incapable of feeling anything after copping a 4-hour roasting from host/forever enemy Jimmy Kimmel, manages to drag himself along with the crowd by squeaking out a very insincere “Whaaaaaaaaaaaat?“ 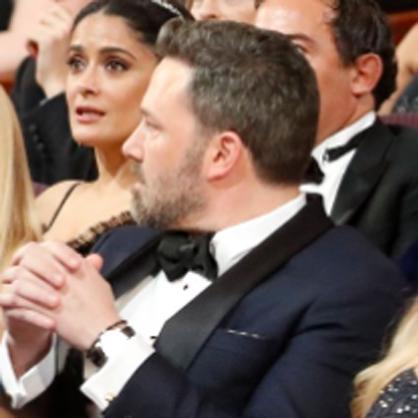 Ben Affleck checks buddy Matt Damon’s response before reacting, because apparently it’s Damon who wears the pants in that relationship. 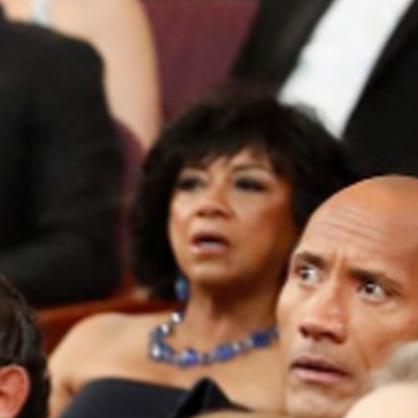 Academy President Cheryl Boone Isaacs watches on in horror as her very own show falls apart at the seams right at the very end, whilst simultaneously compiling a new list of people who will never work in this town again. 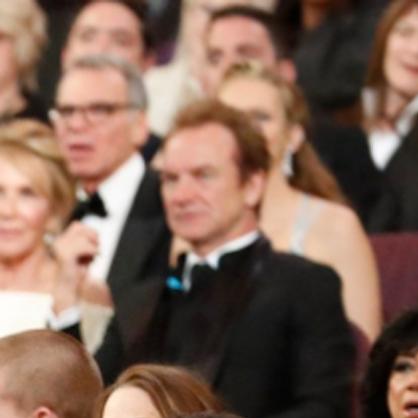 Sting looks on with all the stoic emptiness of a supervillain suddenly discovering that he finds no joy in chaos anymore. 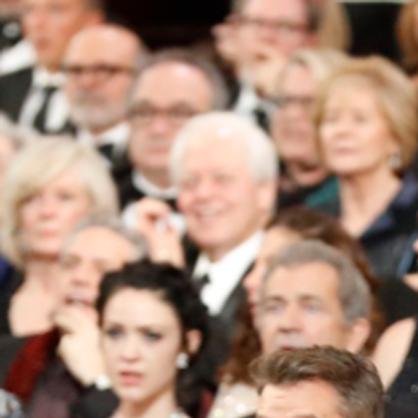 Meanwhile This Bloke is so enrapt by the whole thing that he just cracked his first stiffy in 20 years. 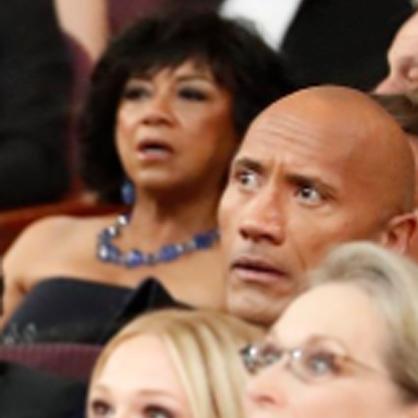 The Rock dominates the photo with a bravura emotional reaction that somehow conveys shock, curiosity, disbelief, and reassured satisfaction all at once. And on any other given day he’d be the MVP of the scene in a freakin’ canter, but on this day he happens to be sitting one chair behind… 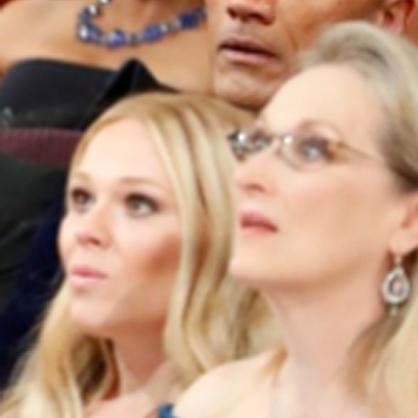 when your sibling does something wrong and your mom yells at you pic.twitter.com/ubasOYo13p

What did we ever do to deserve you?