Before you even think about drifting into the comments section to let us know about, we need to state very clearly and firmly that these people are actors, these are set up, these are staged, and this sort of thing happens literally all the time.

Every NBA team does this for the sake of injecting a little comedy and unpredictability into the otherwise mundane dead-air filling arena videos. We know. We know. Damn it, we know.

But that said, this is still pretty funny.

The ye olde Kiss Cam got fired up at a recent Atlanta Hawks game, and featured an array of fairly reasonable smooches, punctuated by one intrepid young man swinging for the fences and getting some unusual fan interference.

The Kiss Cam vid shows one bloke getting down on one knee to pop the question to his special someone, only to have an over-exuberant bystander accidentally slap the ring out of his hands.

A fan tried to propose to his girlfriend last night…and then this happened: ???? pic.twitter.com/tCgr0A3ItE

What isn’t set up, however, is the fact that the camera accidentally caught what appears to be a time-travelling version of Fred Armisen. 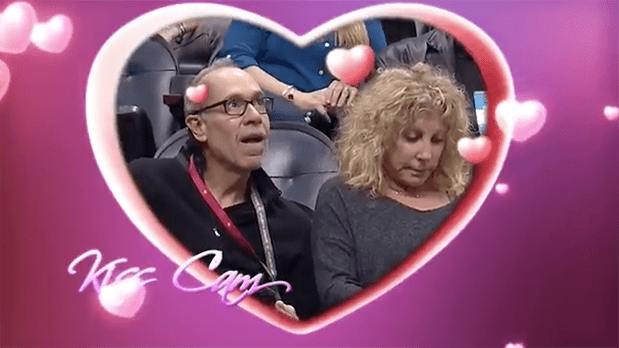 Really looking forward to seeing whatever sketch he was filming here appear in ‘Portlandia‘ season 35.