Your humble narrator has been sitting at his desk and chuckling for a good five minutes, now.

It’s not just the fact that loose unit Daniel Ricciardo has continued his podium tradition of smashing boot-froths. Nor is the footage of him sharing that sweet, stanky nectar with Red Bull teammate Max Verstappen and Mercedes gun Nico Rosberg the sole reason for the situation’s glorious humour.

Simply put, it’s the fact a momentous, history-making weekend in Aussie sport has been capped off with this wonderful smiling goof.

There he is, chuckling after clutching his first Formula 1 win of the season at the Malaysian Grand Prix, bringing 48 hours of emotional outpouring to a close with some communal shoeys.

First, he clocked one himself. 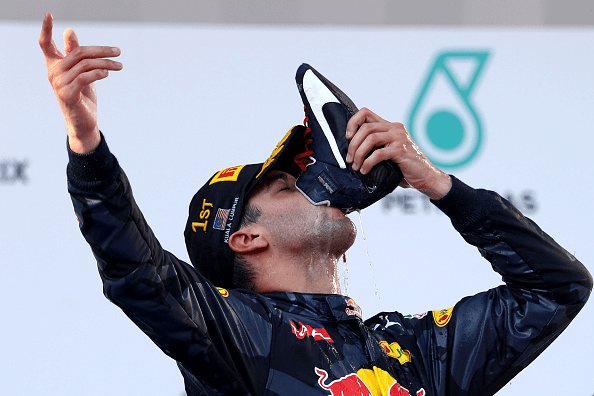 Then, he offered it up to a quizzical member of the Red Bull squad: 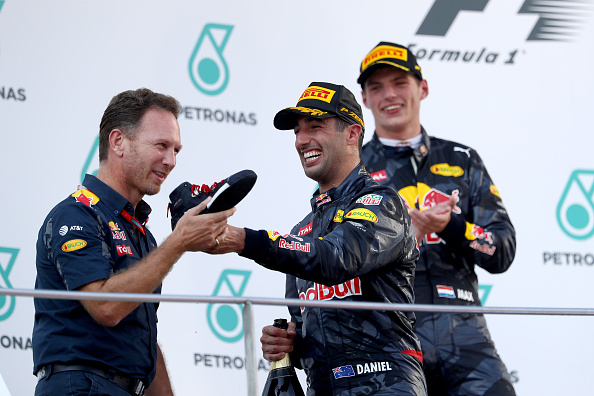 Next, teammate Verstappen. Take a moment to appreciate the fact a professional F1 driver – a calling that requires its participants to have practically zero fear – was reticent to slam a shoey: 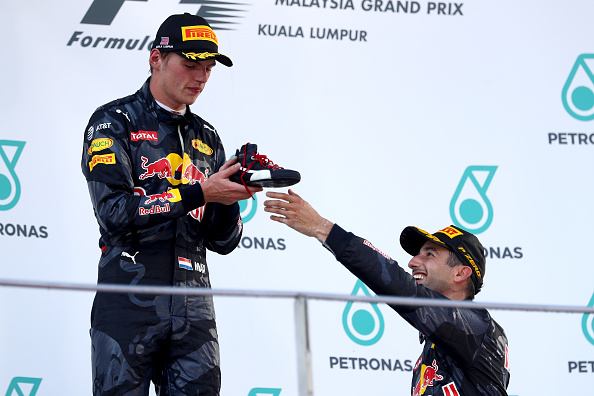 And then that grail was passed to third-placed Rosberg, who swilled with Germanic efficiency: 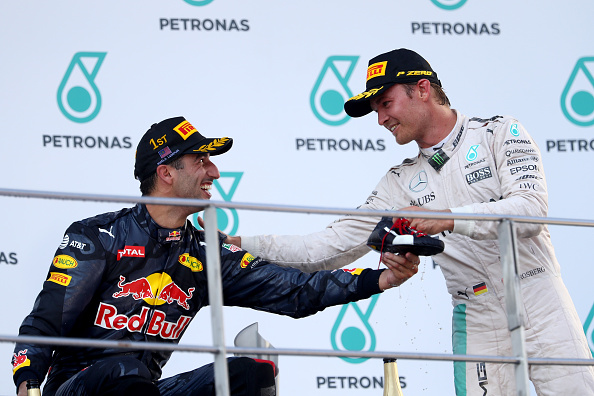 Truly, we are blessed to have such a top-notch bloke representing us on the world stage. Helluva driver, too, but we’d probably love him if he’d never dropped the clutch in his exuberant goddamn life.