But here’s the follow-up: apparently Jady Duarte, the 20-year-old Brazilian Bolt allegedly spent the night with, is the widow of a ruthless crim and drug lord named Douglas Donato Pereira, aka Diná Terror. Here he is, being a drug lord: 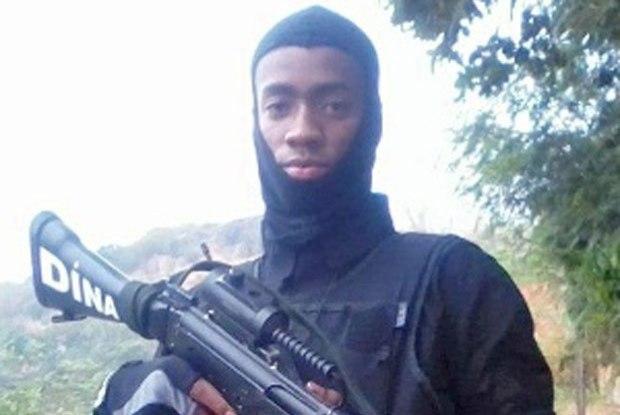 The Daily Mail reports Pereira was killed in a shootout with Brazilian police – which happens a lot, mind you – after he was accused of killing two teenage girls in the Faz Quem Quer favela where he operated. Duarte is said to have two children with Pereira. After his death she posted a photo of the two on Facebook, with the following caption: “In eternity, I will be with my love the way I always wanted, because in heaven all the time is time to be happy.”

“God will take you in, it’s my hope that in eternity I will see you.”

Bolt, for his part, has already jetted out of Brazil and presumably back to his long-term partner. So there we go, folks. If you’re going to have a international romp after proving yourself as literally the greatest athlete of all time, avoid doing it with the recent widow of a powerful drug lord.

You know. If that opportunity ever arises for you.